Get organized here and slay that monster, or challenge your enemy to an epic battle on the battlefield.

Forum rules
Before posting on this forum, be sure to read the Terms of Use
Post Reply
373 posts

We March tonight. Ready your az and drong.

The Scrap on Monday was fun, but we need more Dwarfs for a propper warband. Join the fight with your lvl 16+ Dawi. No guild membership required. 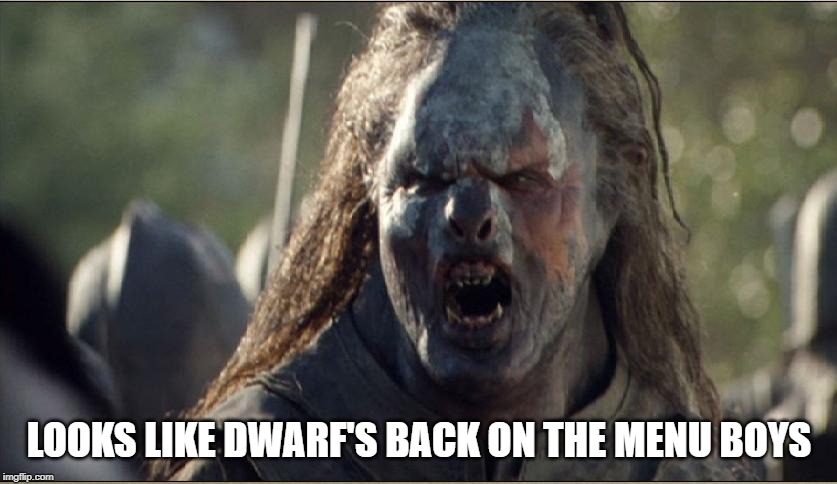 The Dwarfs march again this Evening 8pm /time.
So join the fun with your lvl 16+ Dwarf.
Melee Characters prefered. But if there is room everyone with a beard is welcome. 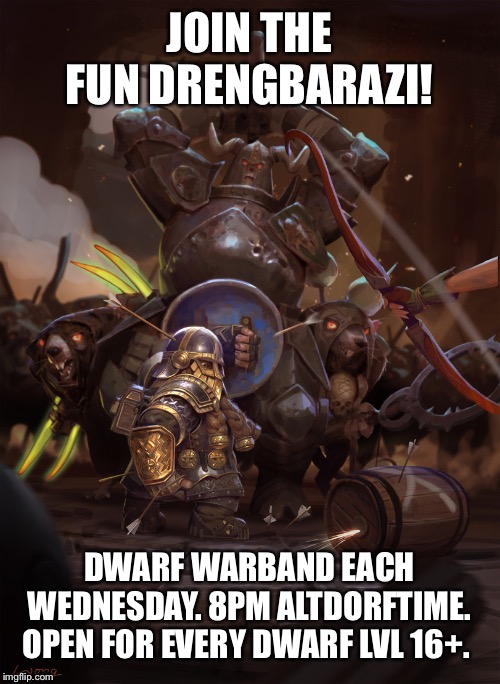 Tonight we march. We are open for lvl 16+ Dwarfs, regardless of guildmembership or language.
Just stay on the leader.
Starting at 8pm /time.

And the Dawi march again! Join us for the FunTM.
Starting 8pm Altdorftime.
This time we will also need Engineers in Sniper Spec, so join the Warband. 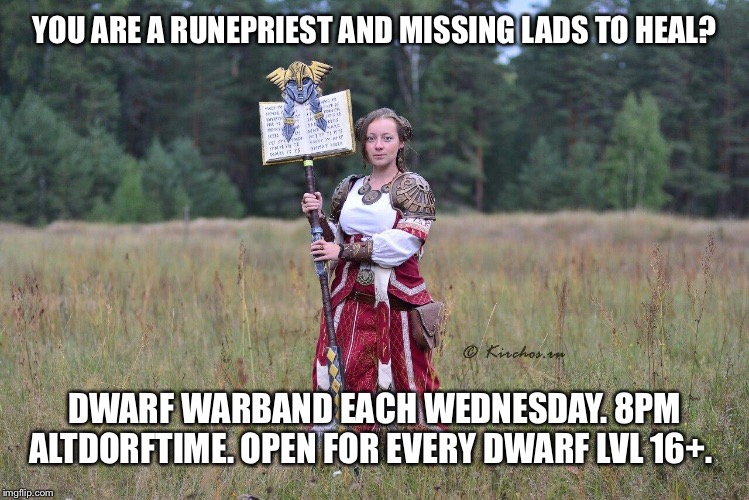 The Warband is open for every Dwarf of every Guild or guildless.
Focus is Engineer Gunline supported by a Melee Group trying to fend of sneakers and BO that likes to play Dwarf-Golf.

Starting at 8pm Altdorftime till 10:30pm.

If you are new to the game and want to join then just make yourself a Dwarf and level him to lvl 16+ to be combat ready.
Preferably an Engineer or Runepriest.

You then need the discord program to listen to my commands and target calls:
https://discord.gg/srRS6b2
This link goes directly to the Bitterstone Discord. We will be in one of the voice channels.
If the music bot is to loud, make a right click on it, it is named "Rythm" and set its Volume to 5%.
We usually play dwarf music, or sometimes german disco pop from the 90th. It changes sometimes, and often we don't play music as I need to hear approaching destros.

If possible get the "Enemy" Addon or the "Swift Assist" Addon so you can shoot at my targets till we get overrun by 1-3 Destro Warbands.
If you get your Engi to lvl 28+ then spec in the Snipe Abilitiy.

Advanced Tips:
When we are in an ambush position then use the right mouse button to look around. With the left button your dwarf turns around and his boots make sounds. Most of the time I nead to hear the surrounding area if there are weapon sounds or destro mounts making noises. You would be surprised how far you can hear in the game.

Also make sure to bind your Assist button and Snipe Button nearby. Usually I give a command to snipe in 2 Seconds. Sometimes we need it immediately. It is important to land the snipes all at the same Global Cooldown or else the target will heal or heal it out with some potions. That is to suppress.

Get your Gunblast Button nearby as we usually go with a double gunblast each when Snipe is on Cooldown.

Also when in an ambush position it is important to stay on Lesti's position so we can all have the same range, and line of sight towards a target.
Using the /say or use of /emotes is also out of question as destro sees this in their chatwindow that some dwarf is talking nearby even if they cant understand what he is saying.

No Premature shootings, and always hold your snipe on Cooldown till you are told to use "Snipe!" or me ordering: "Everything!"
Lot's of stuff and even more when you run ingame, but I will tell it to you ingame too.
Once.

Tonight the Dwarfs march. Check the post above what we do.