Forum rules
Before posting on this forum, be sure to read the Terms of Use
Post Reply
90 posts

It has long been said that the souls of the violent dead cannot rest when fresh blood decorates their graves. A saying that appears to be more than mere superstition to those that battle within the cemetery atop High Pass. Strange and frightening figures form from the cloying mists to tower above the clashing armies.

This weekend Spirit of War will be the weekend warfront from 12:00 on Friday to 12:00 on Monday Altdorf time. You get +50% XP and Renown in the Highpass Cemetery scenario, and extra rewards from completing the event tasks.

Previously only 2h Warrior Priest got a parry strikethrough bonus for wielding a 2h weapon. With this change all classes will get it on 2h weapons. The dual wield bonus was just better than the 2h bonus, this should make them a bit more equal and removes an odd exception for WP only.

DB is too strong for a M2 ability, and now with the morale damage soft cap, Raze can be a M2 ability again.

Giving Squig leap as a core ability to SH gave them far too much mobility in ranged spec. This makes it easily accessible in melee spec. And instead they get the spammable AoE as core, which mirrors a WL core ability.

We think this is needed to tone down the burst a bit, which was previously on a 10s loop.

- Wings of Heaven: Reduce snare to enemy target and all enemies within 5ft of where you land, instead of 20ft radius.

The 60% snare on such a large area was a bit too strong for an M1 ability. However we want to keep Wings of Heaven as a M1, and have Guard of Steel as M2 as that is a group wide buff which fits better in a M2 slot.

We don't really think that SW needs so many toggles as they had with Glass Arrow, Steady Aim, Stances and VoN. Restoring glass arrow will give them some utility and a bit of ST burst.

This takes over from both the old Steady Aim and Glass Arrow toggles. But with percentage based modifiers instead of procs there's no need for internal cooldowns etc.

This mirrors the SH Squig Leap and Bounce swap for the same reasons. Swift Strikes mirrors the Marauder core ability Convulsive Slashing, while Shadowstep will be easily accessible for any Assault specced Shadow Warrior.

- Mistress of the Marsh: Radius reduced from 20ft to 15ft

Previously this ability did far too much damage in shield spec. It had no weapon damage contribution, so using shield didn't lower damage at all.

- The cooldown to interact with the Cradle's Nests in Daemonball Rally scenario, has been reduced

- It's not the right time yet for Fireworks, so the Fireworks will no longer drop when Daemon Moon Rising event is active

- This Little Squiggy: You will now receive Waruhag's Shinies as a reward for bringing back Squiggy

- The outer walls of Kazad Dammaz, the south keep of Kadrin Valley, have been completely fixed. A piece of wall will no longer be uncorrectly oriented, for instance. Check the before/after screenshots as a reminder:
Spoiler:
Before 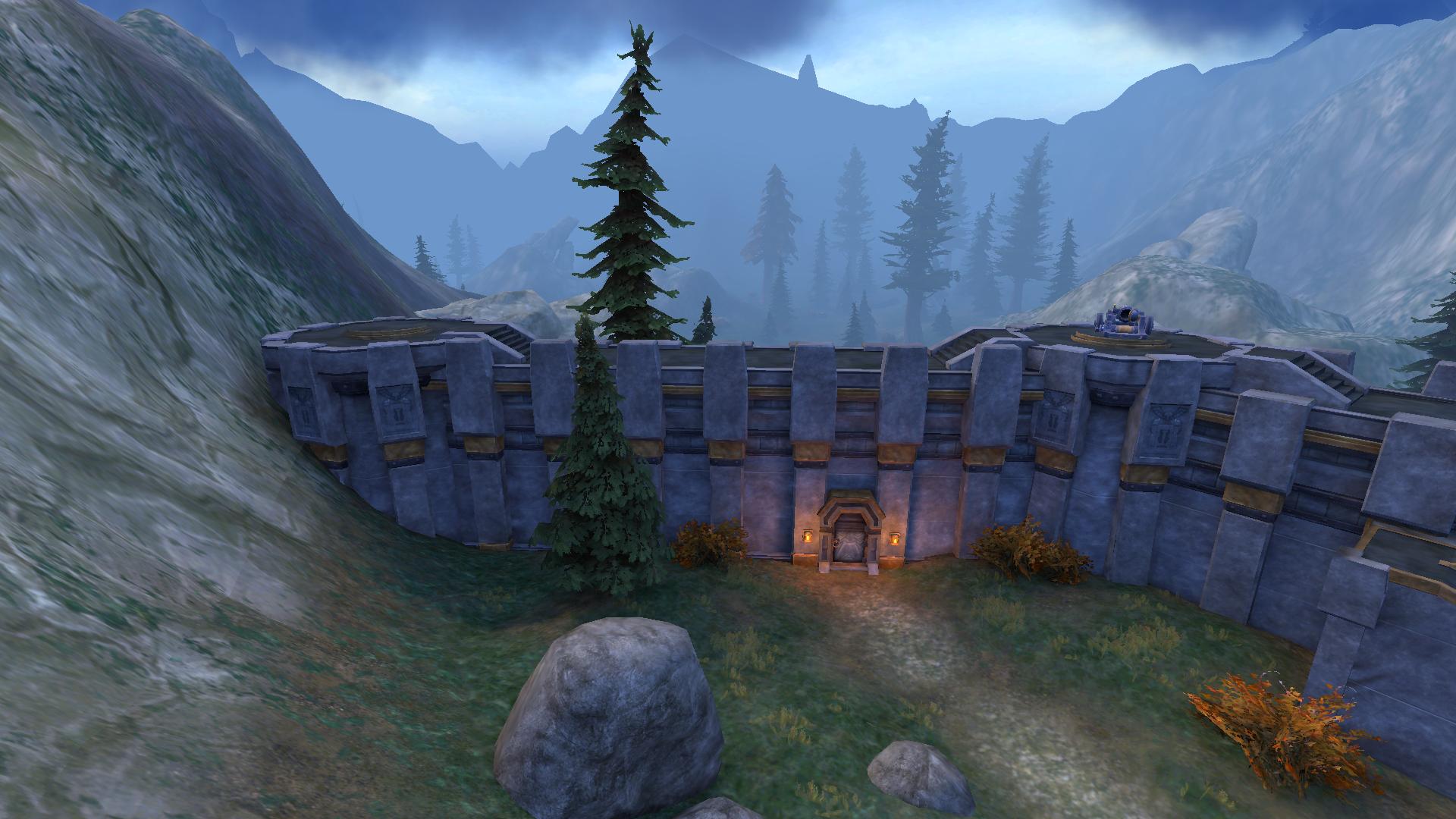 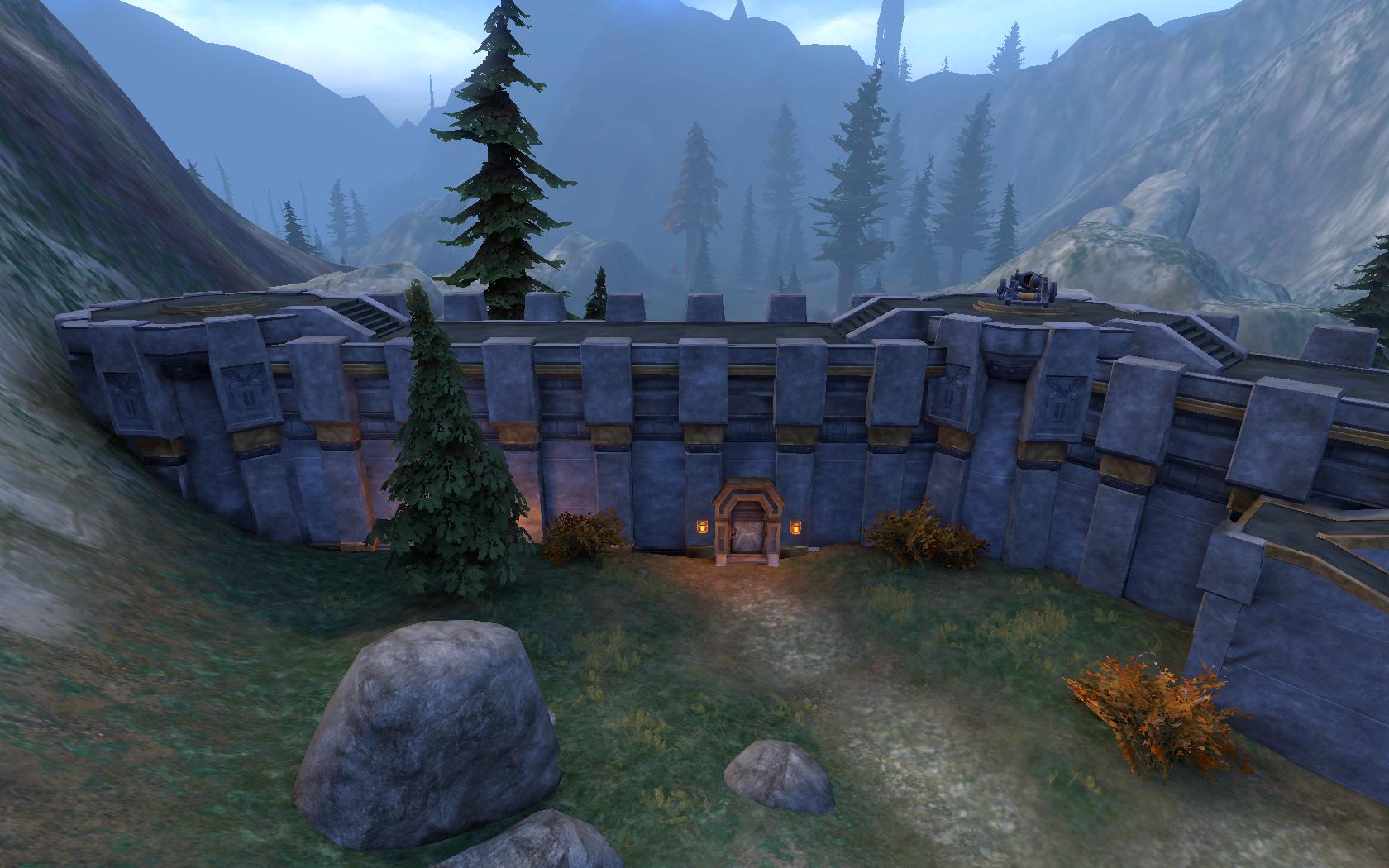 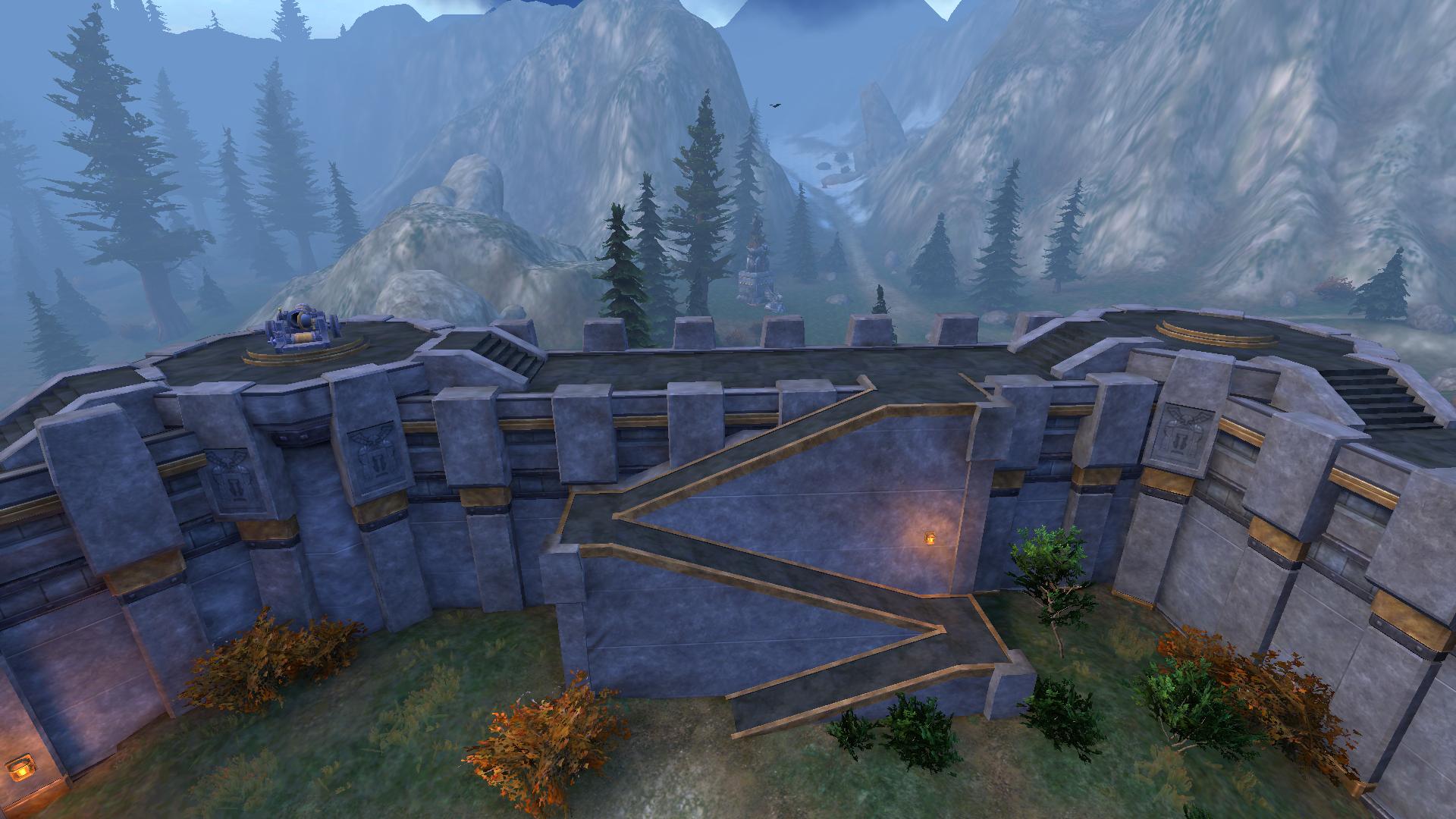 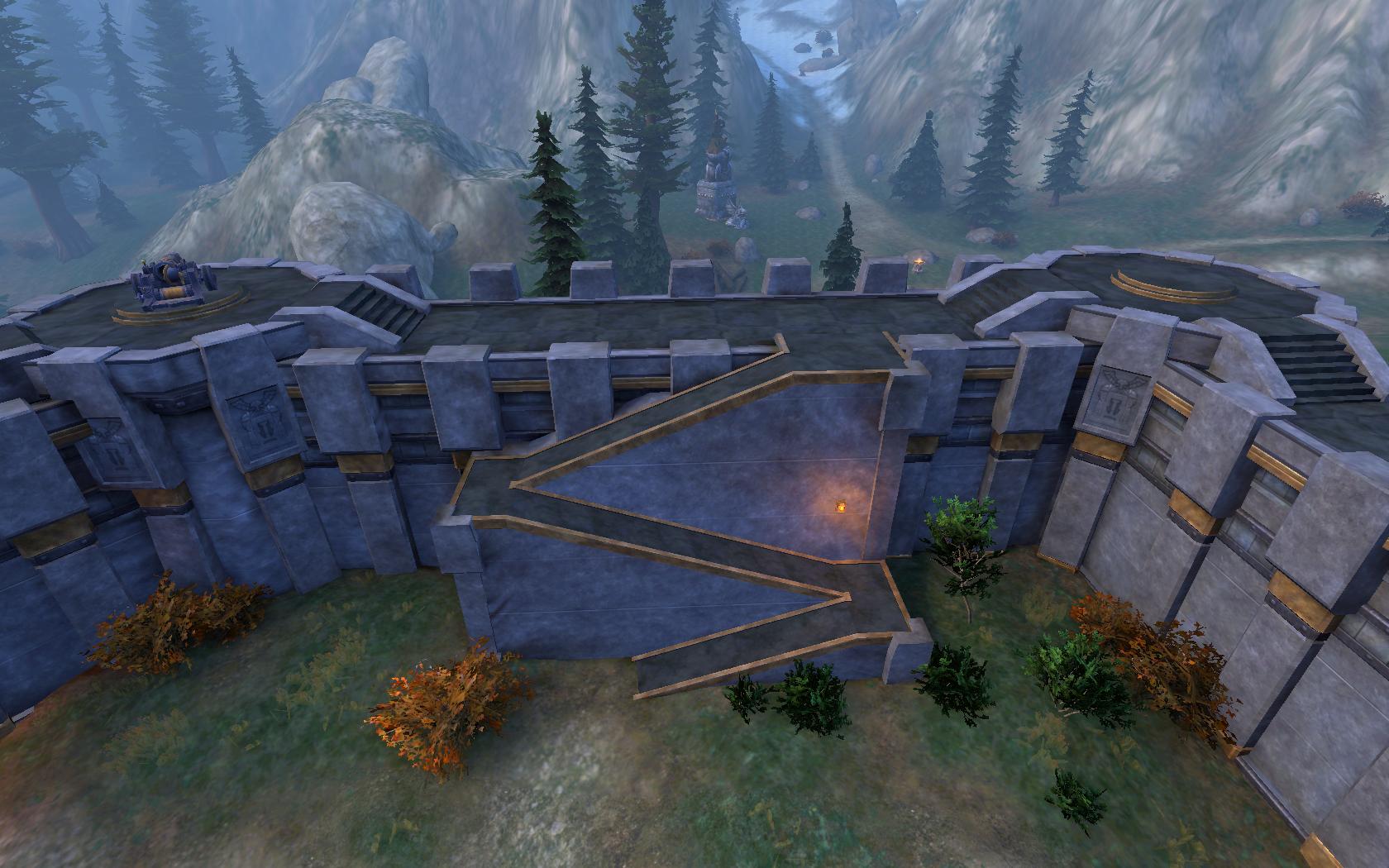 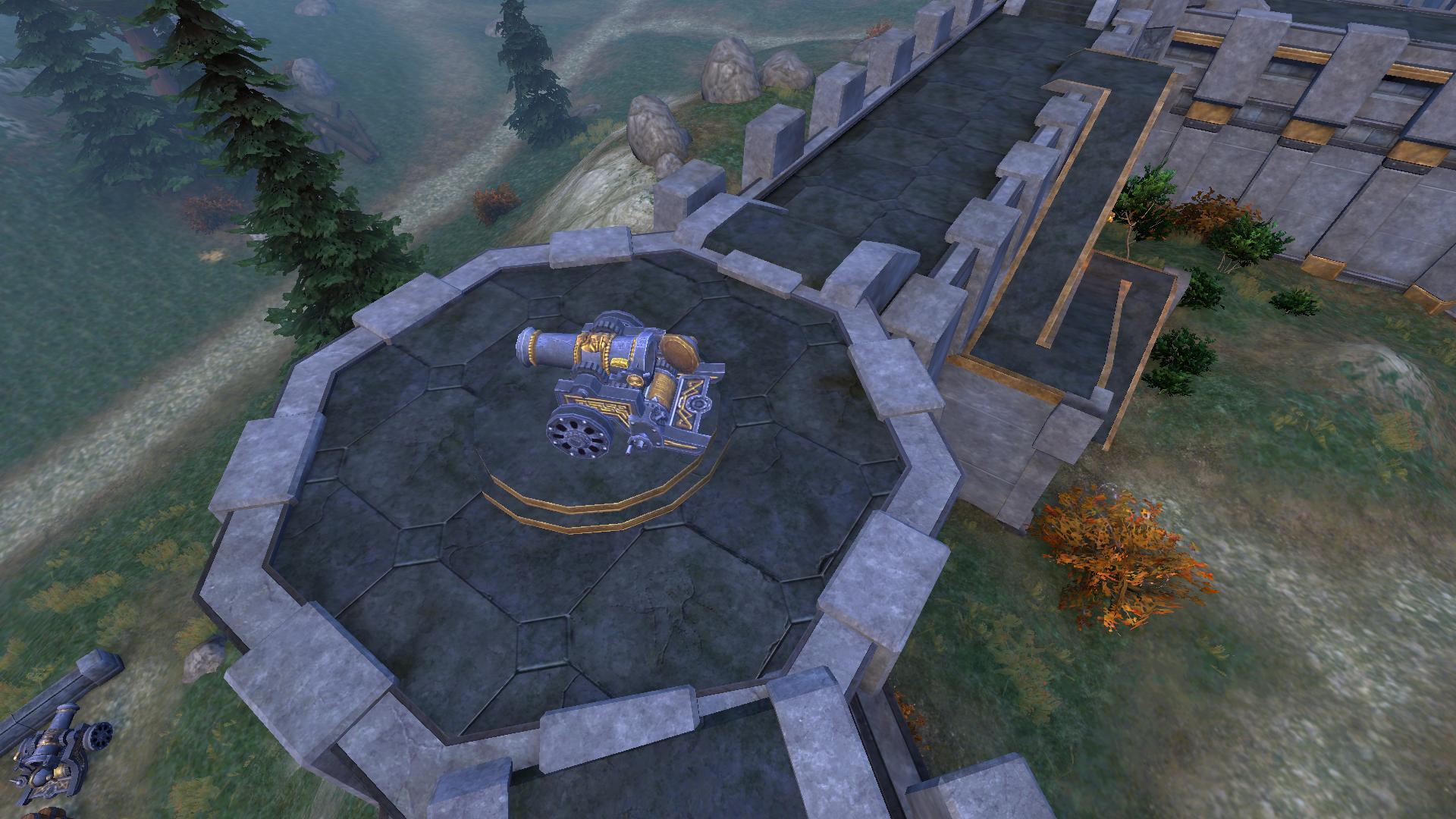 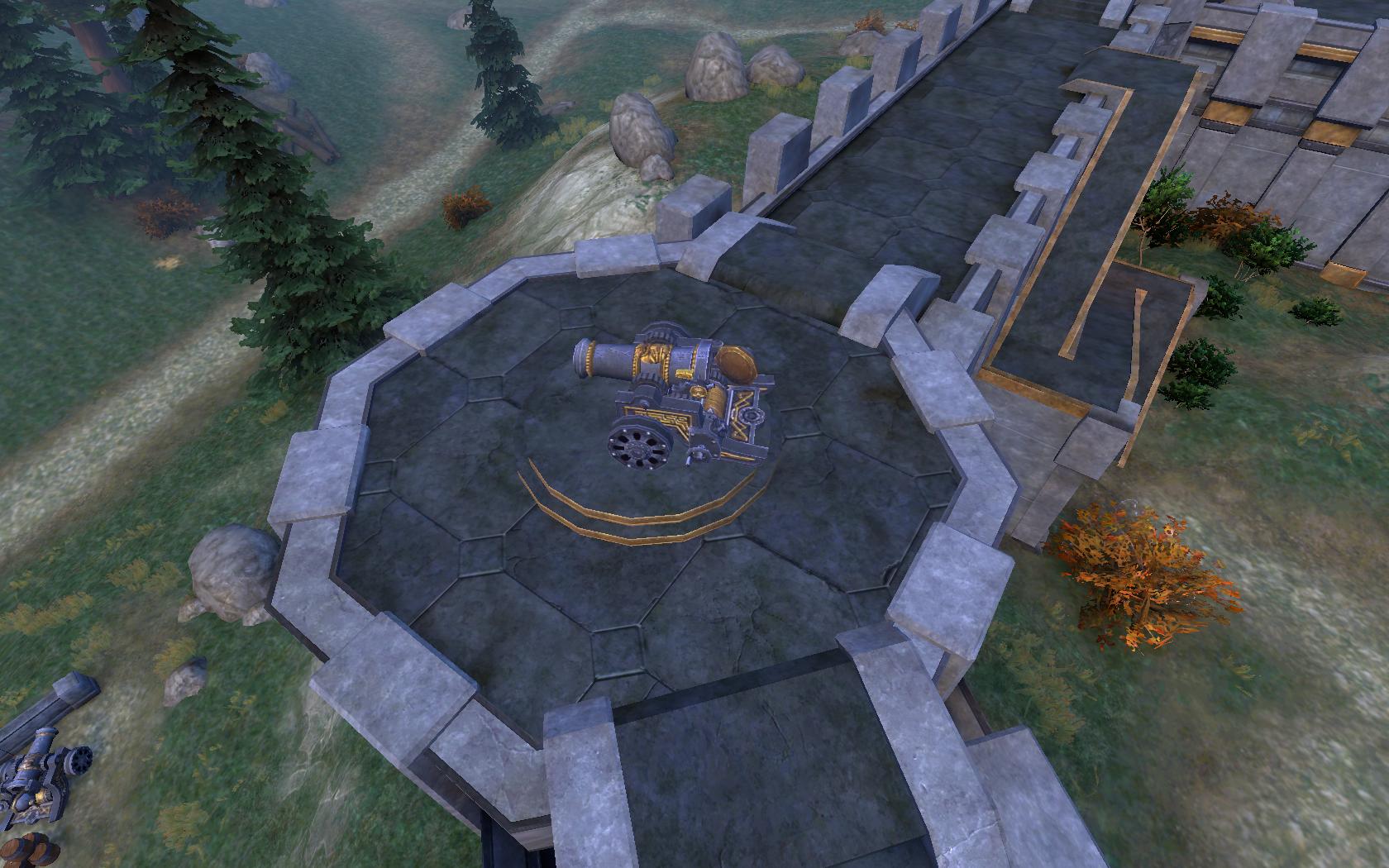 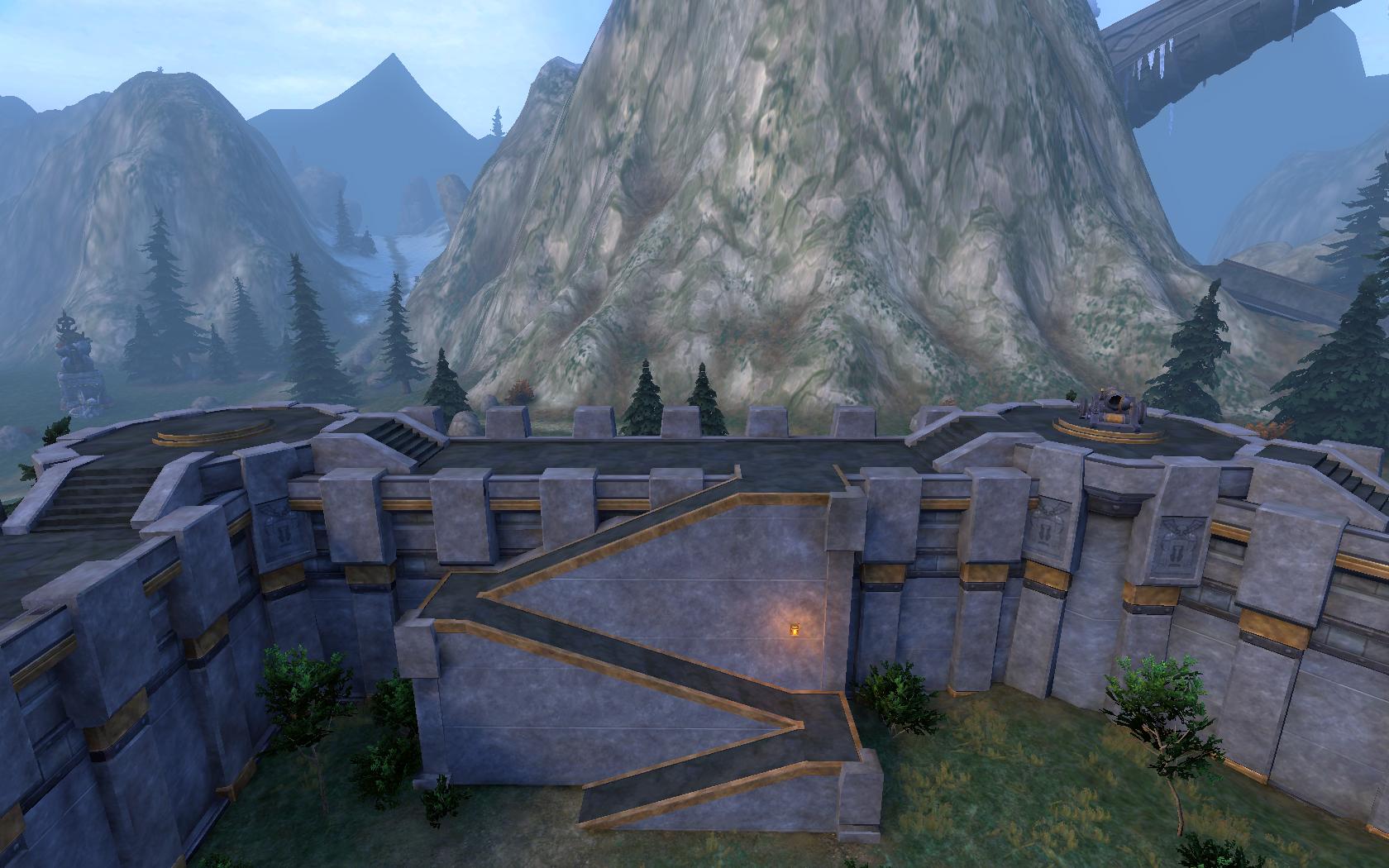 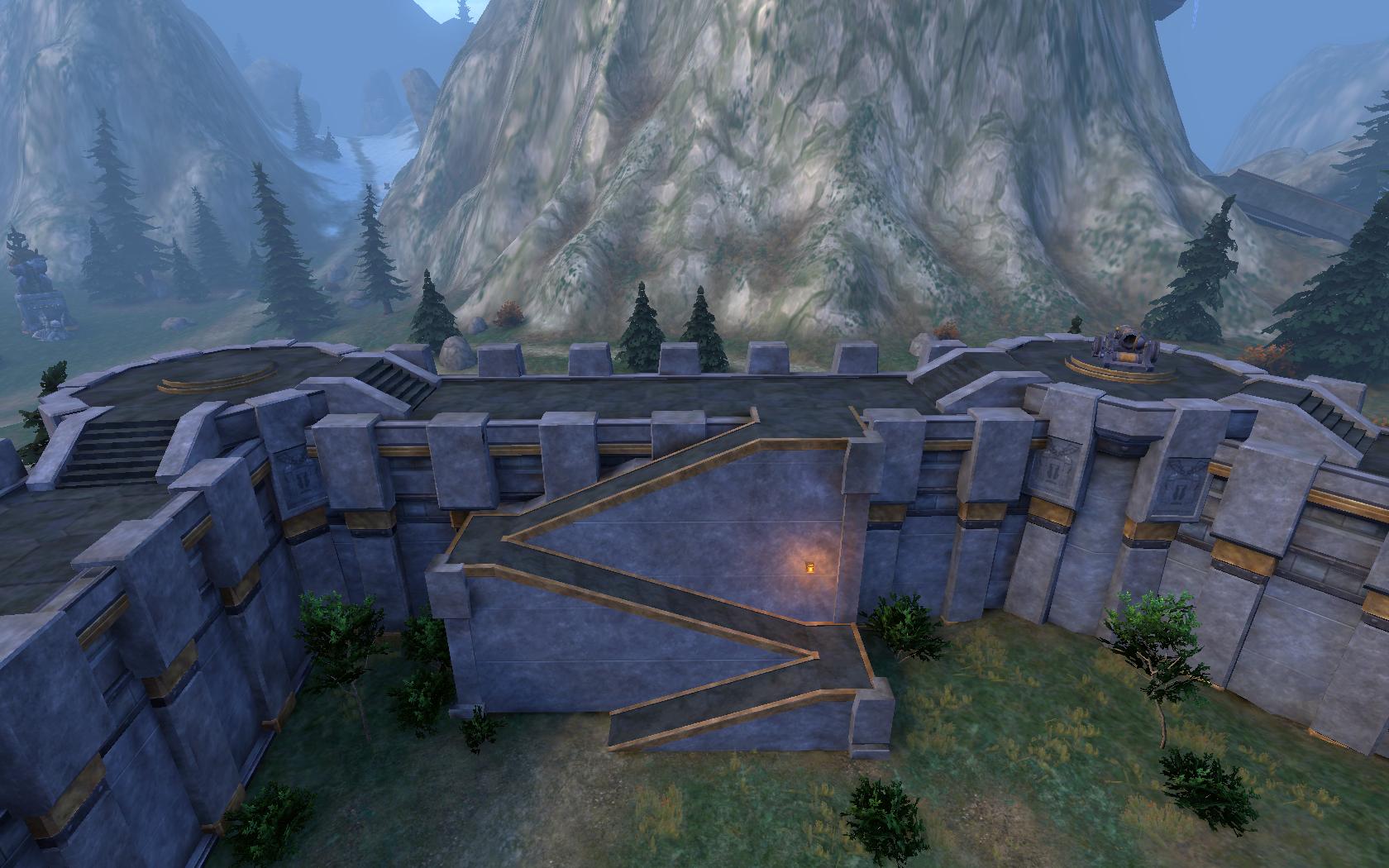 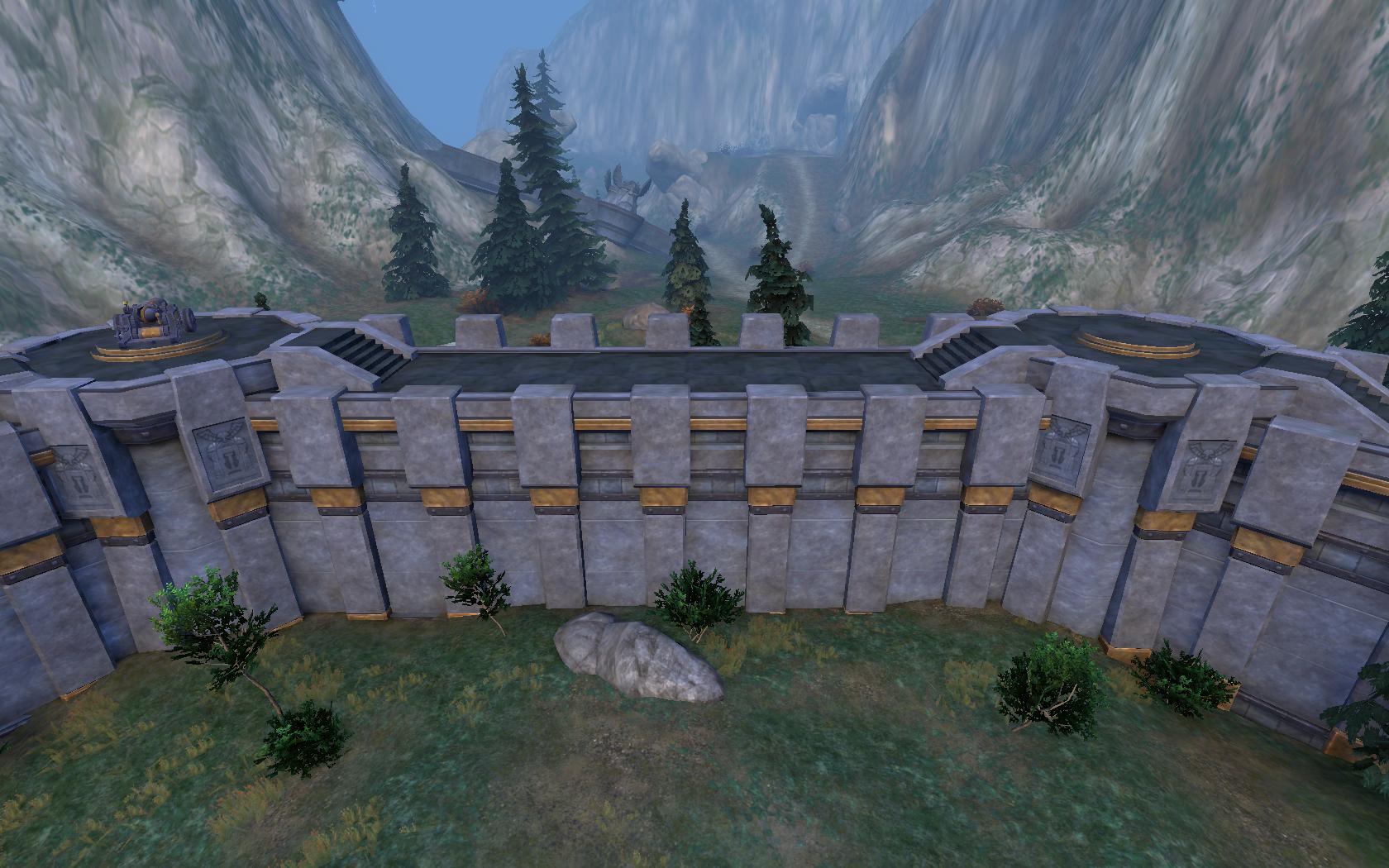 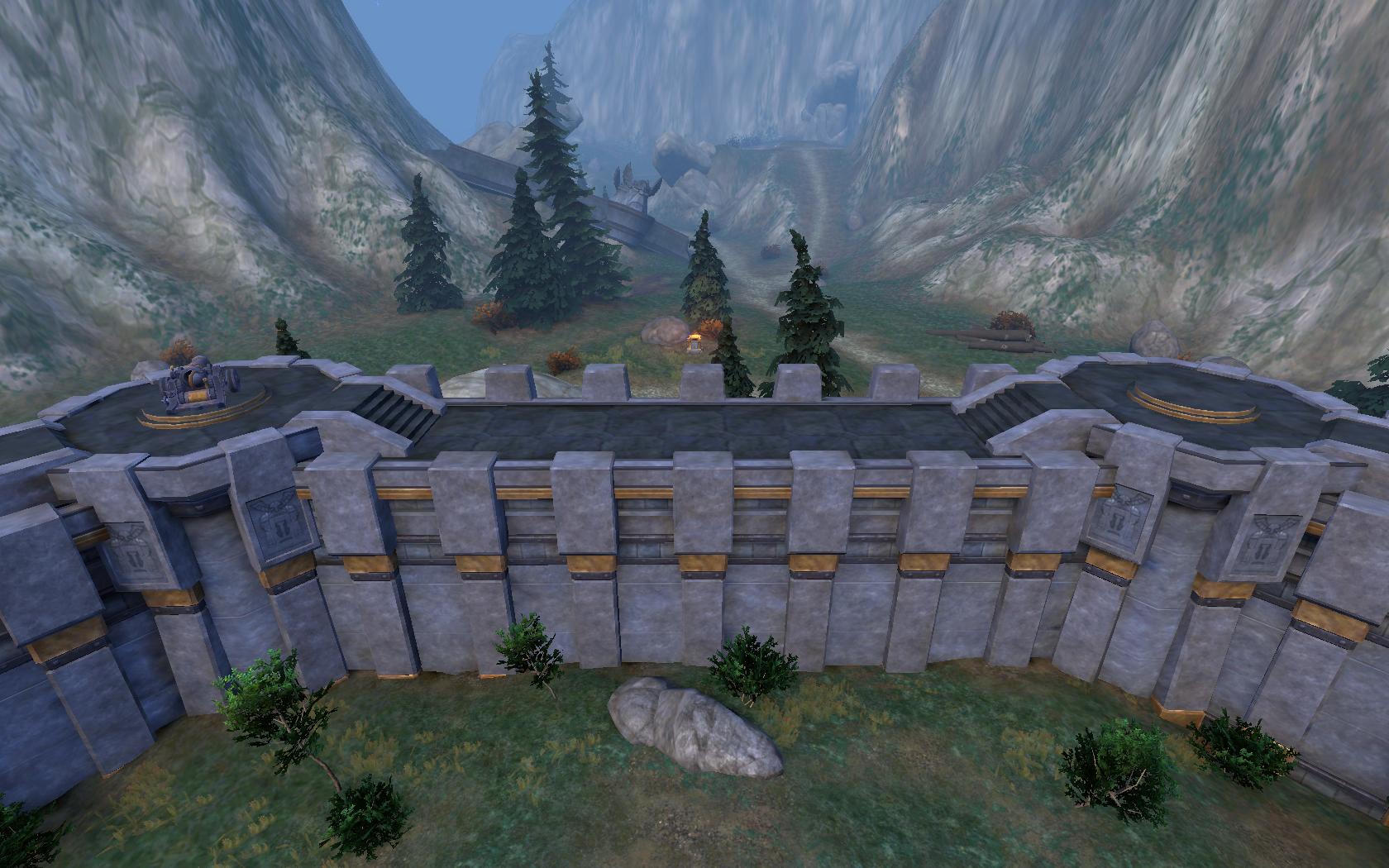 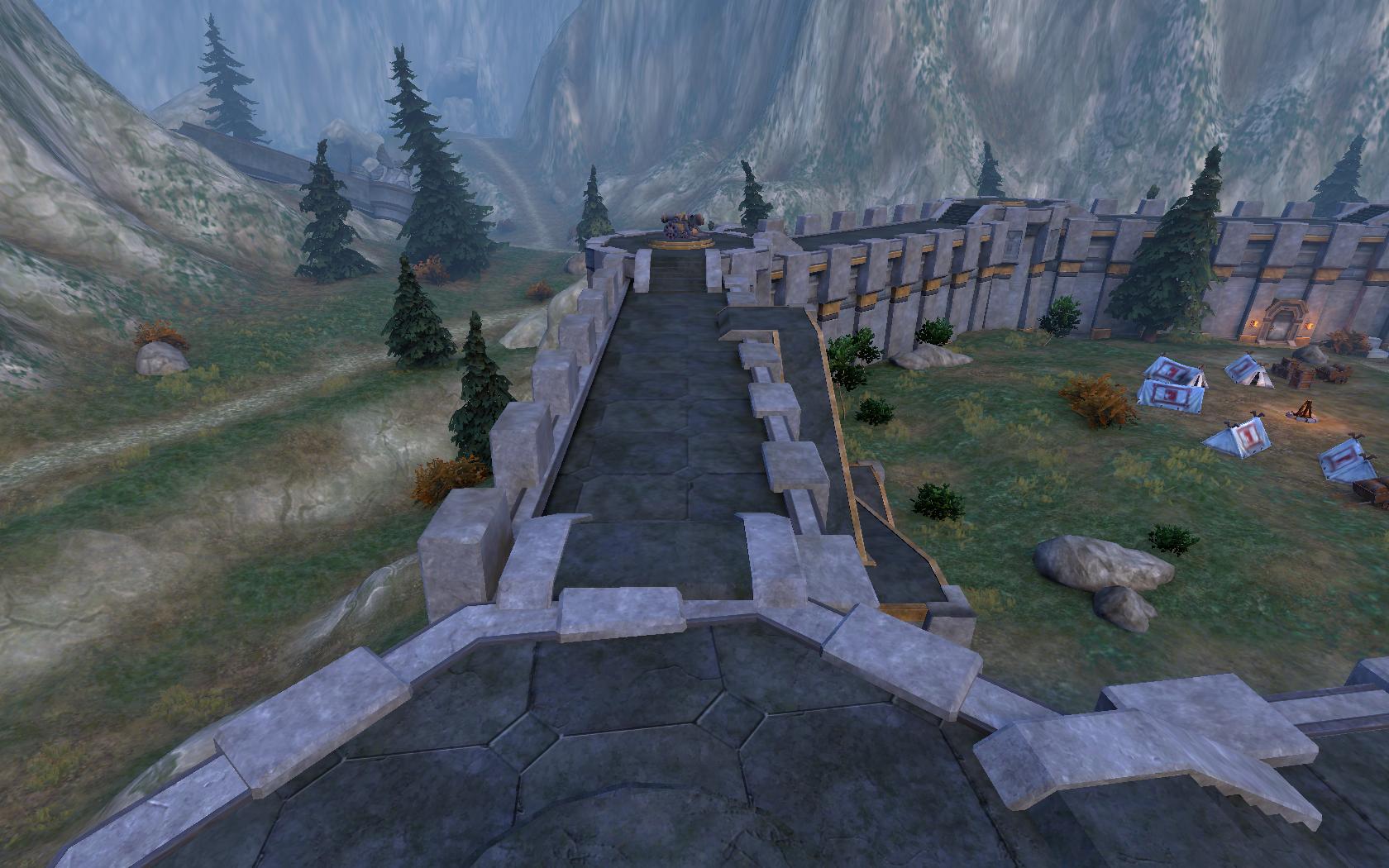 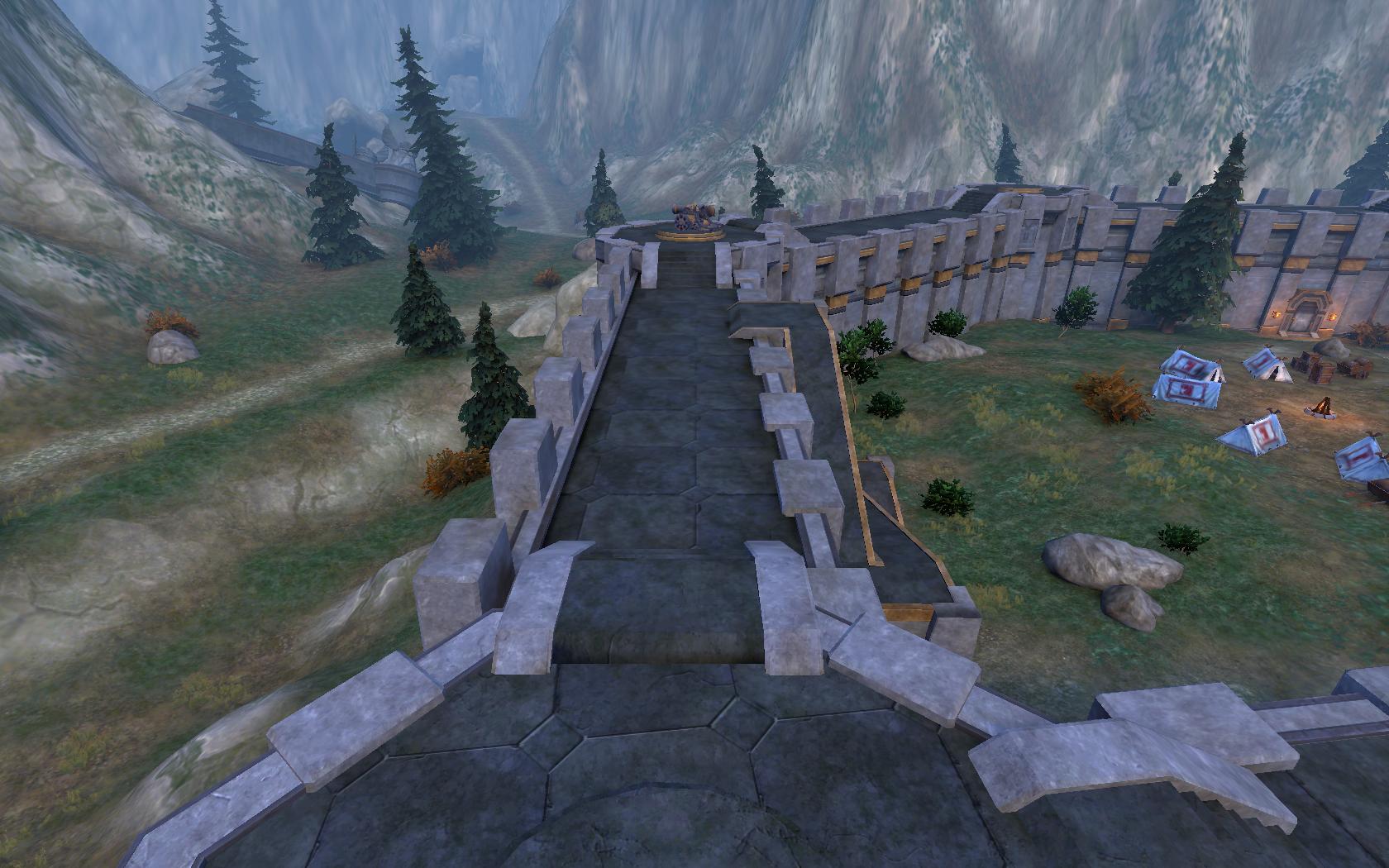 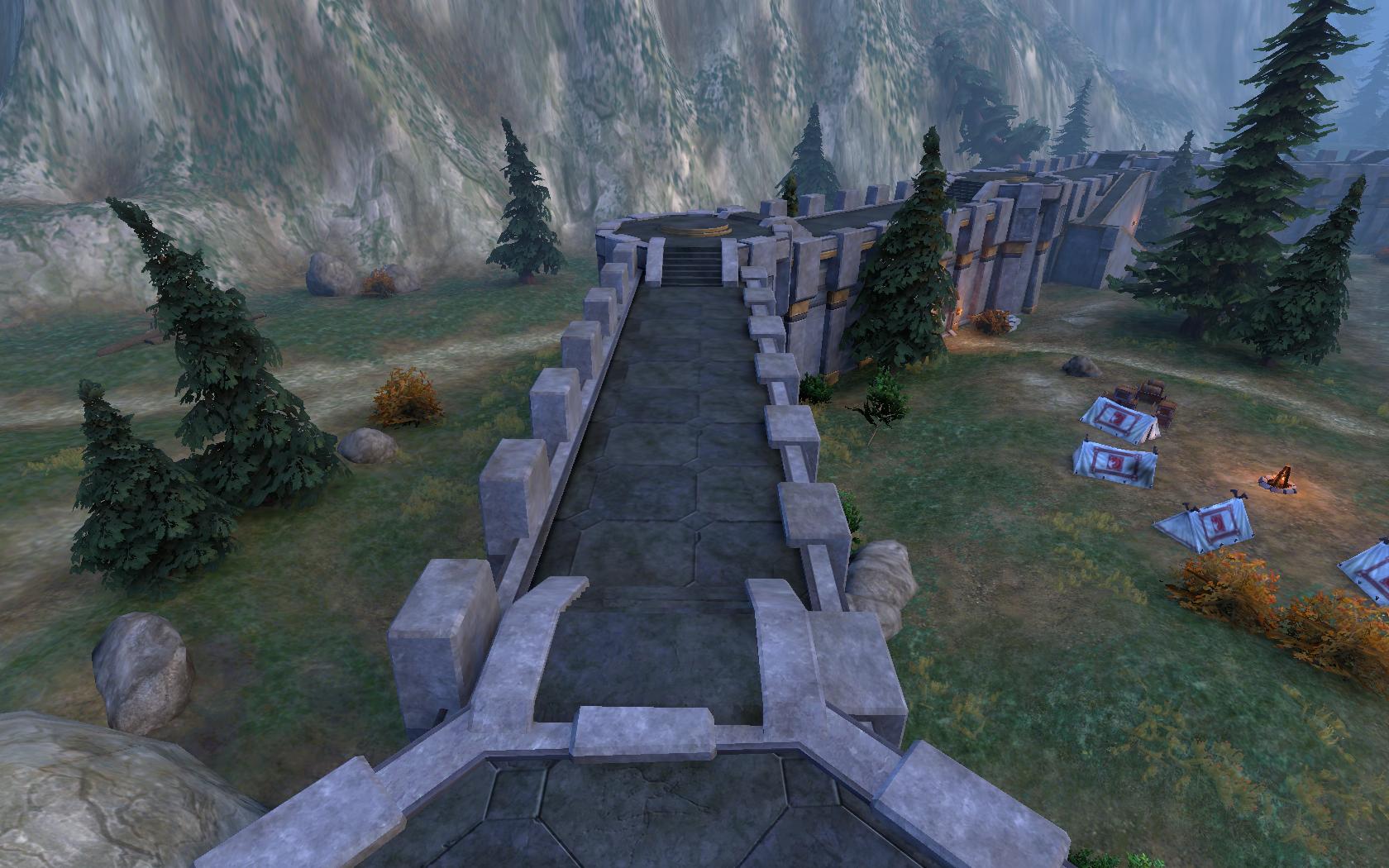 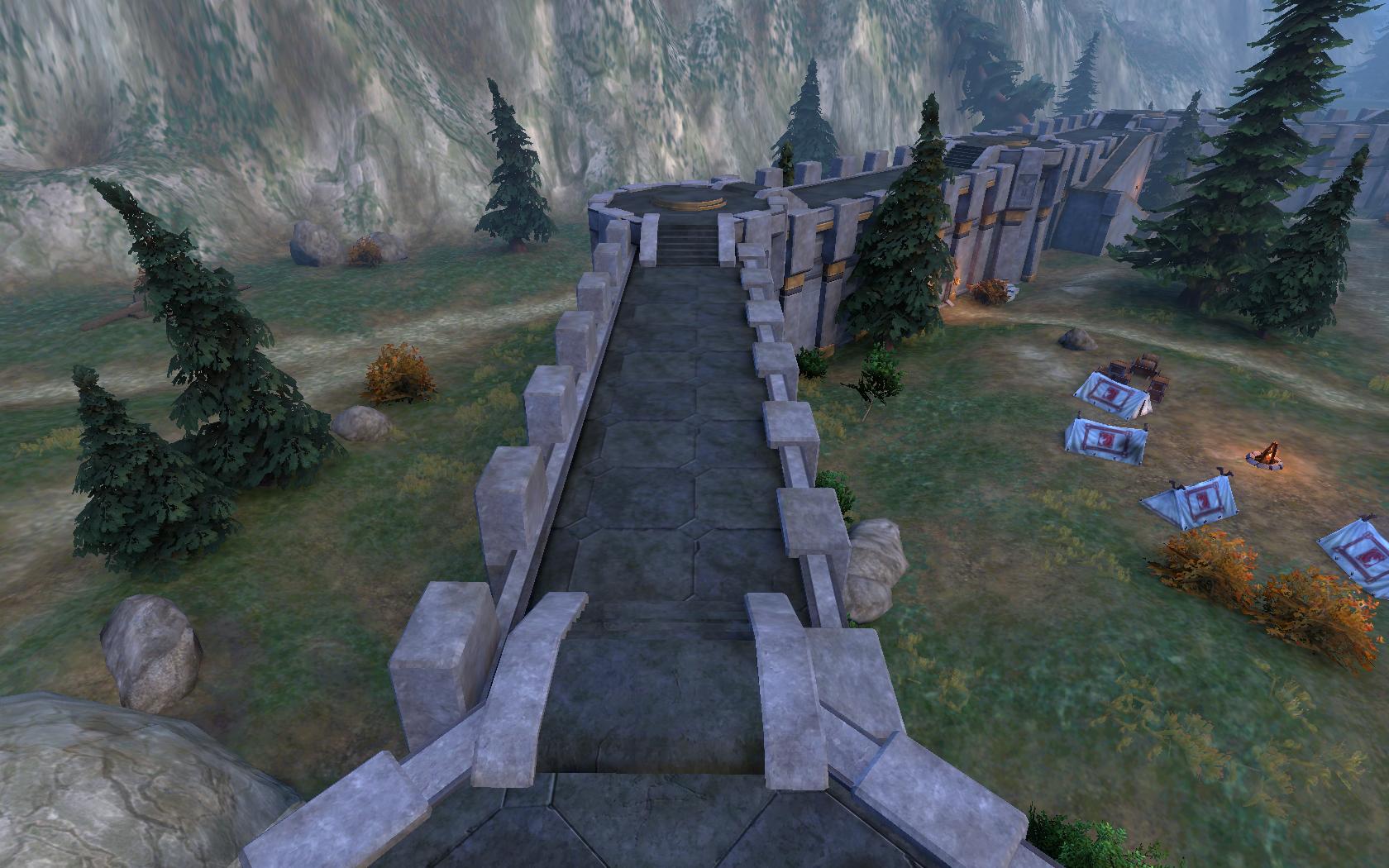 - The outer walls of Karaz Drengi, the north keep of Kadrin Valley, have been fixed. Check the before/after screenshots as a reminder:
Spoiler:
Before 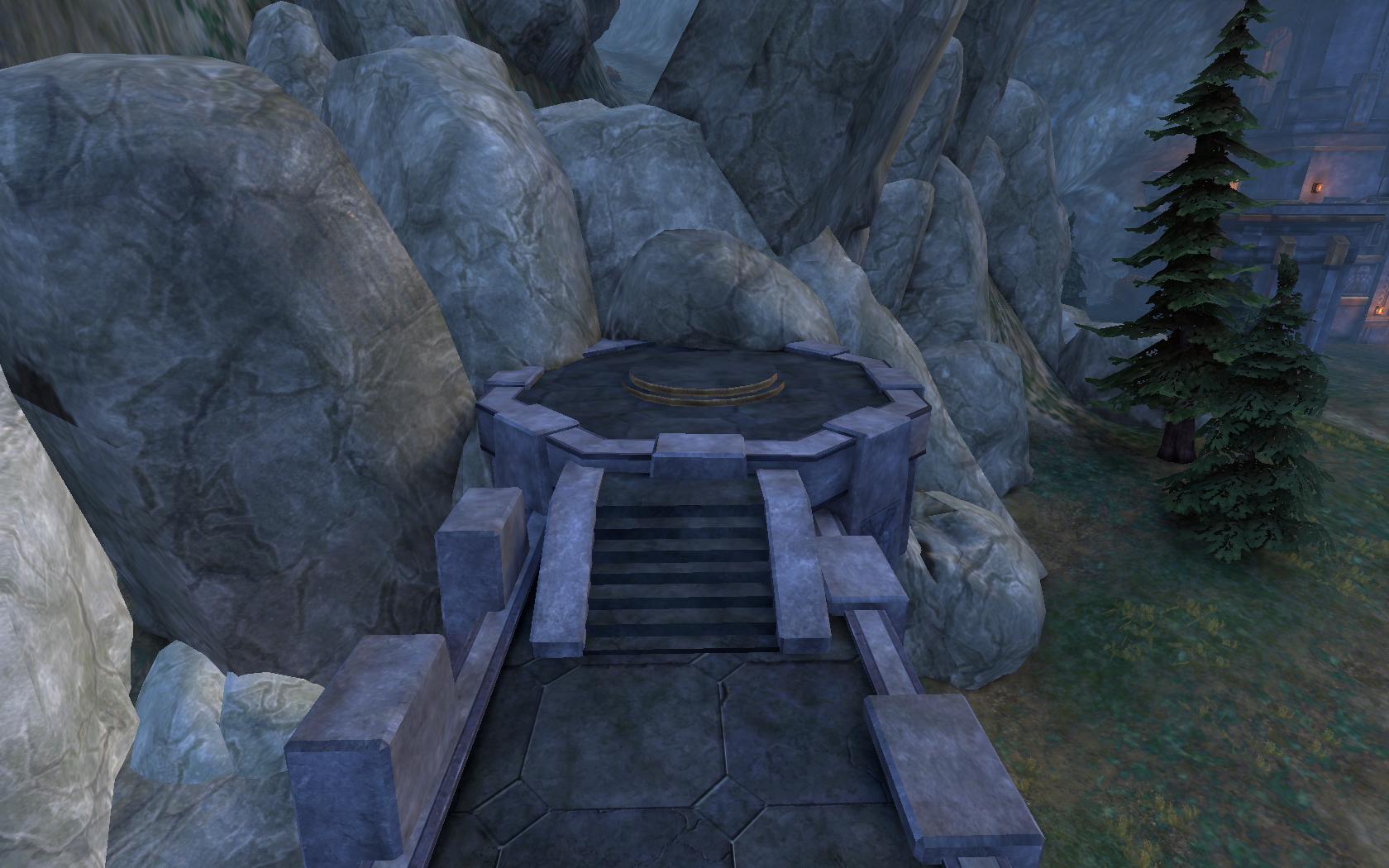 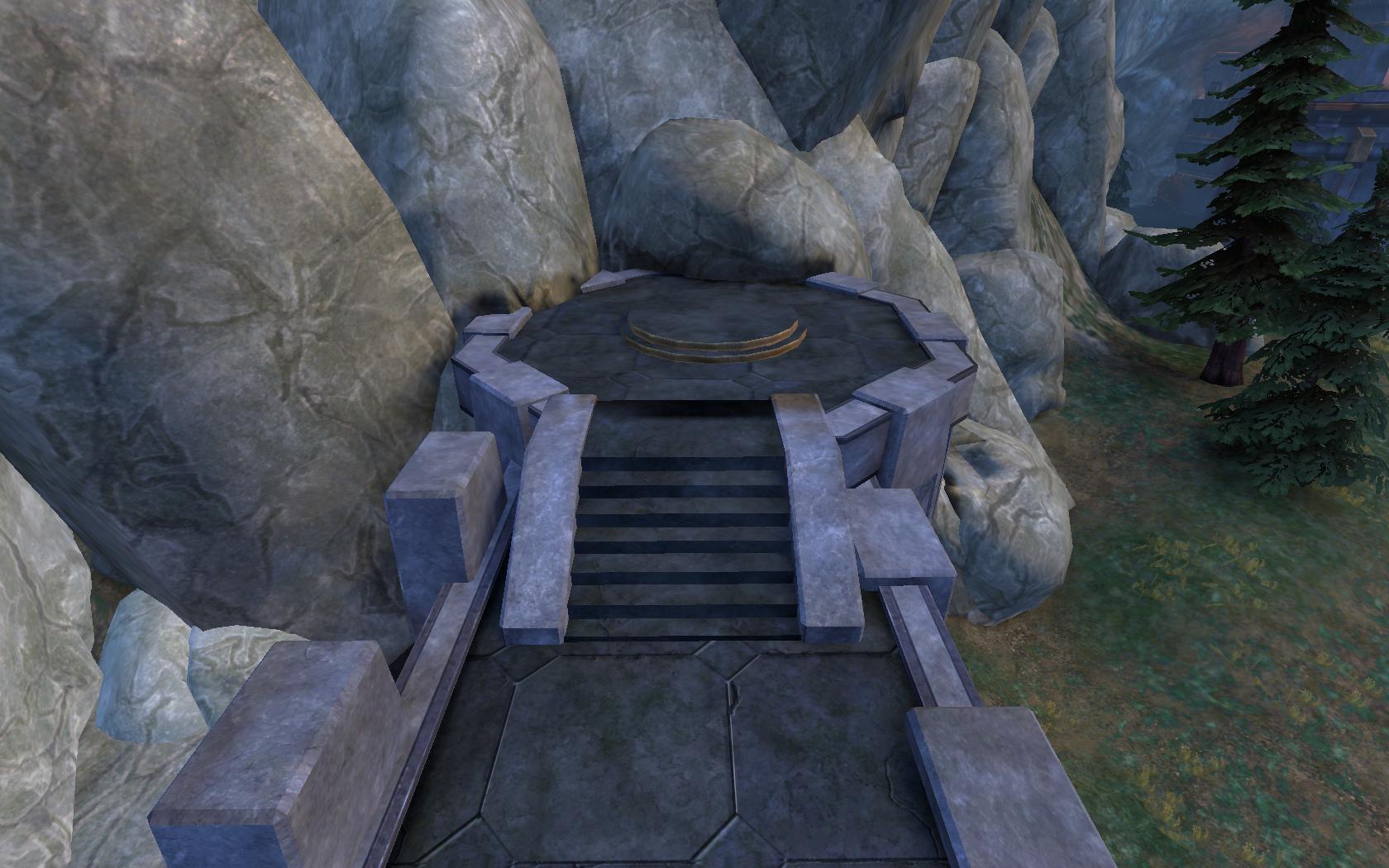 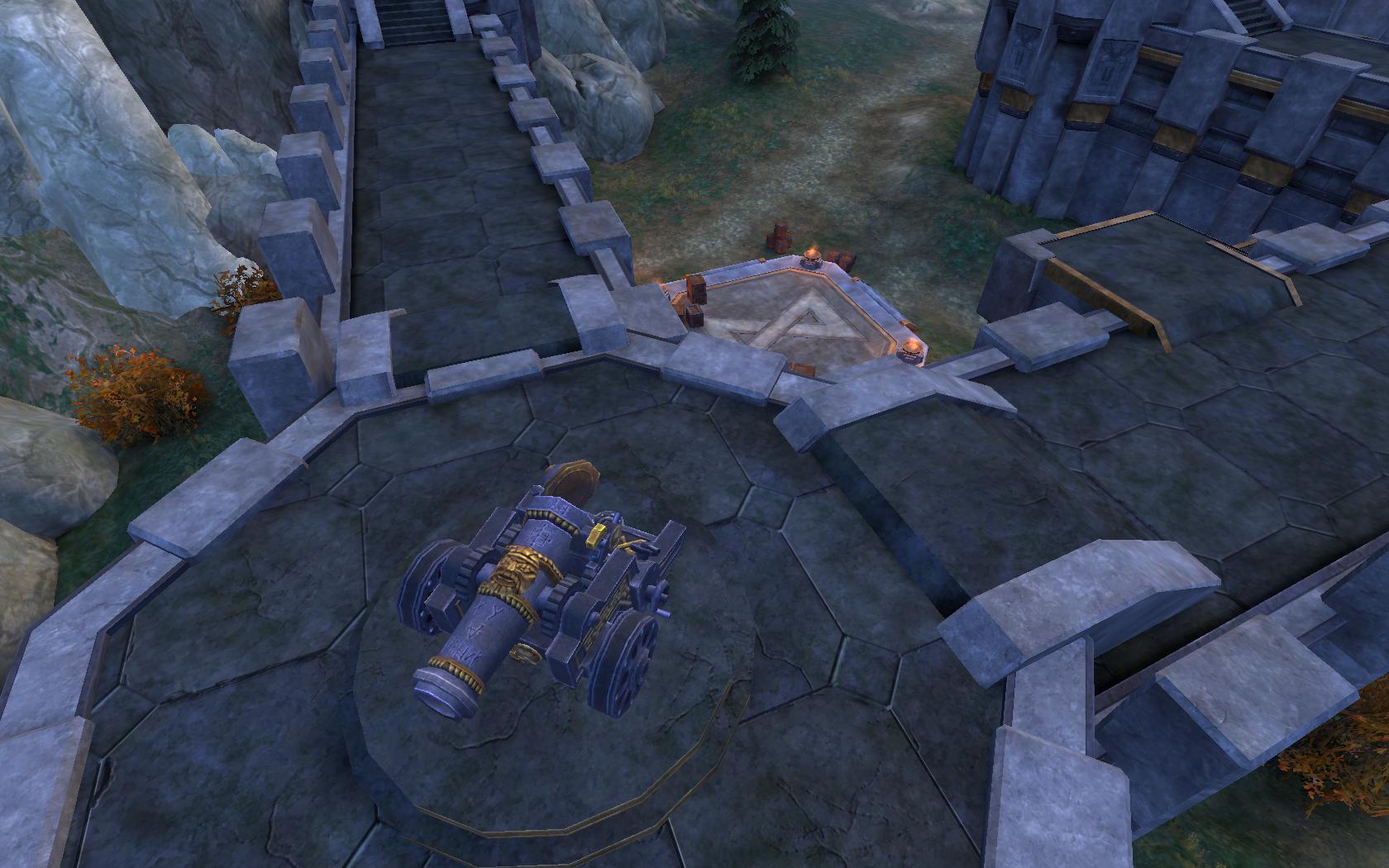 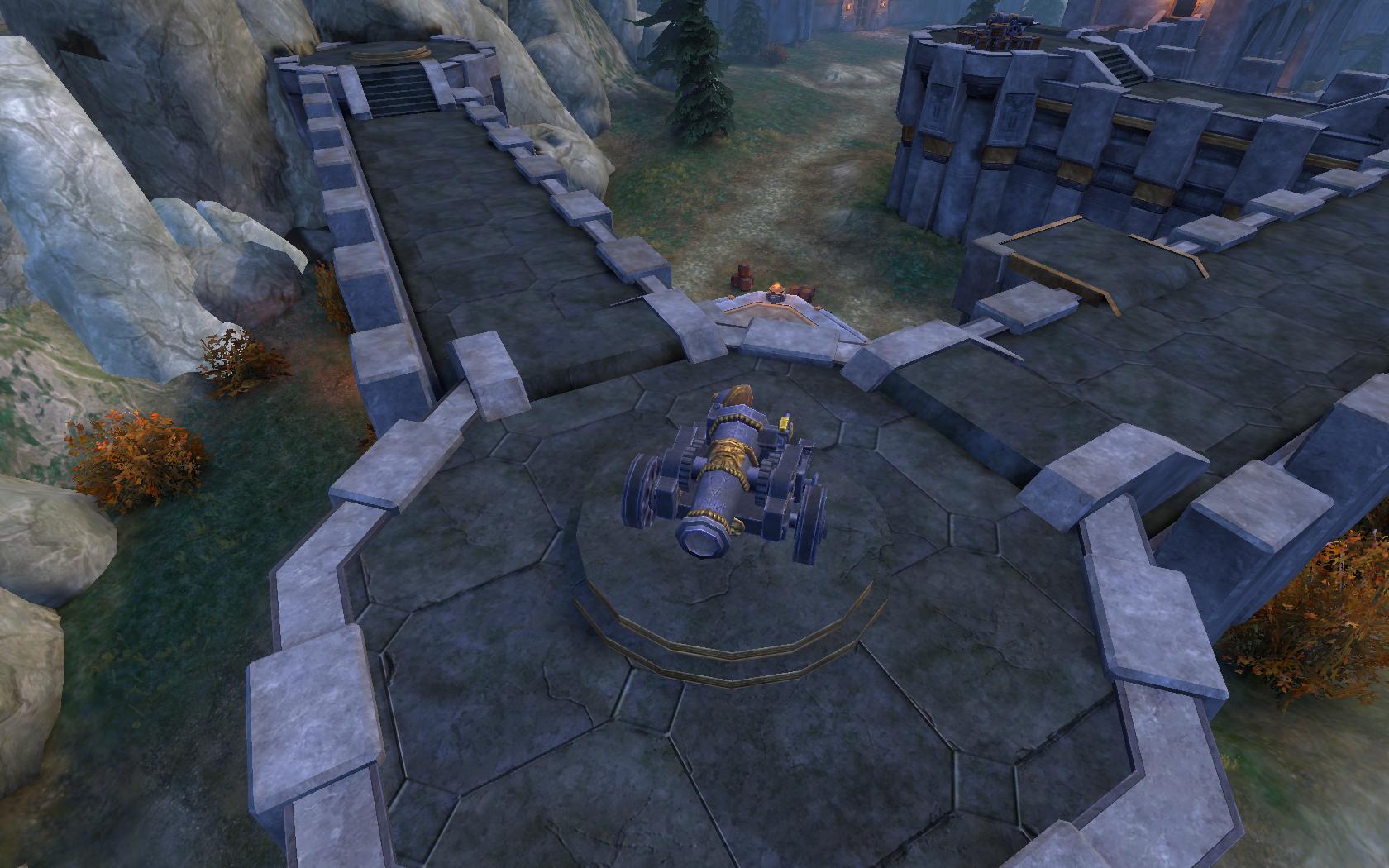 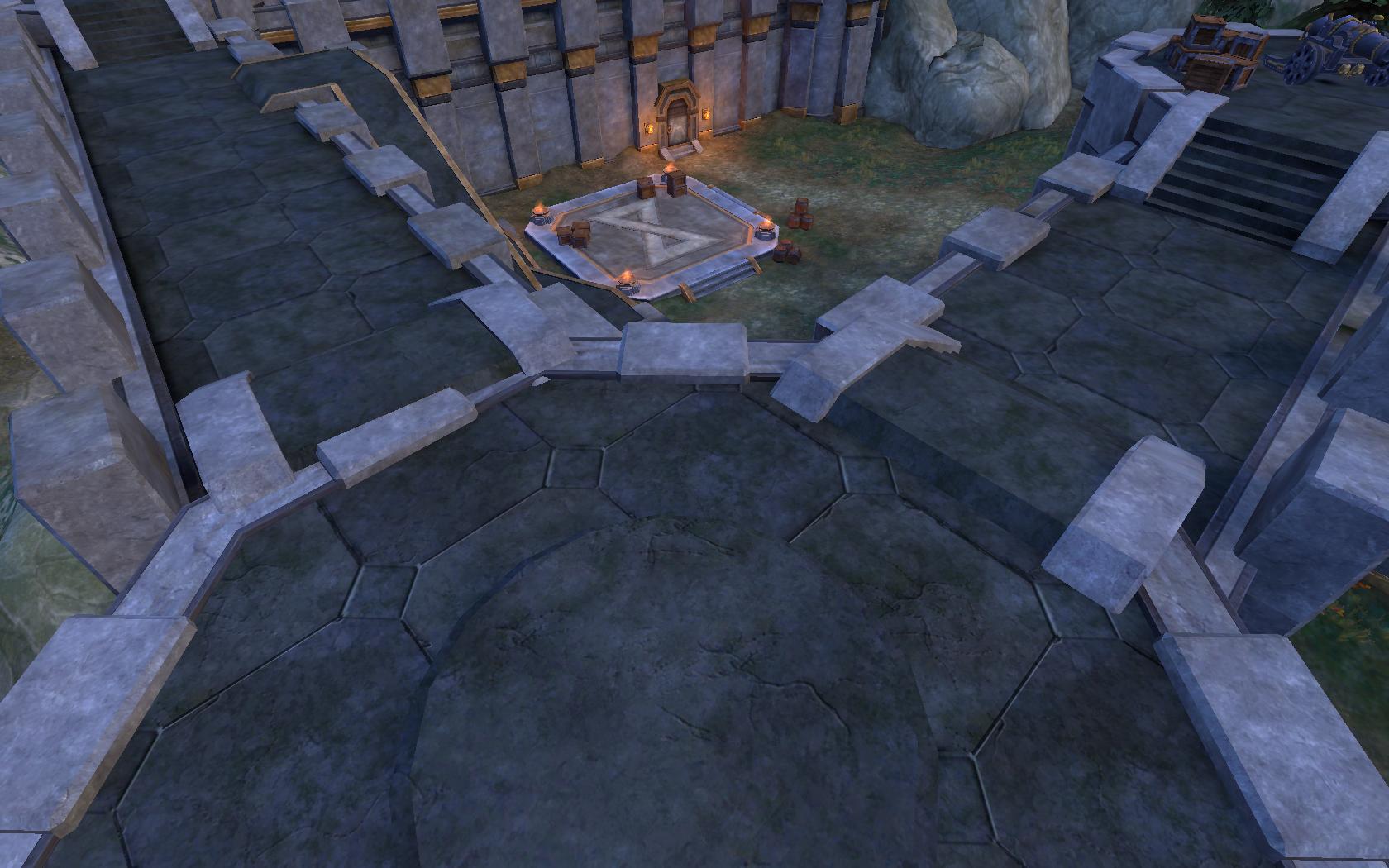 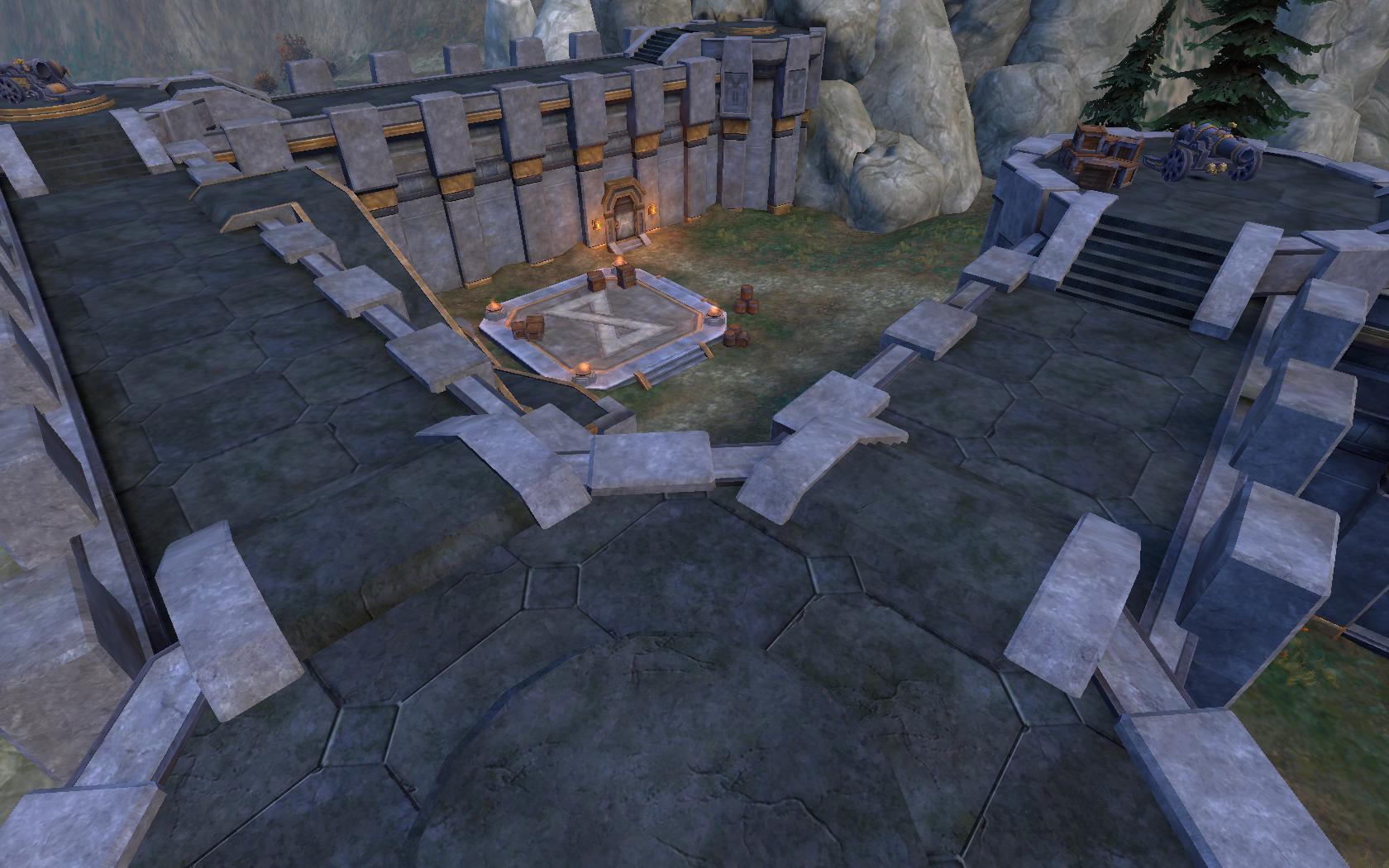 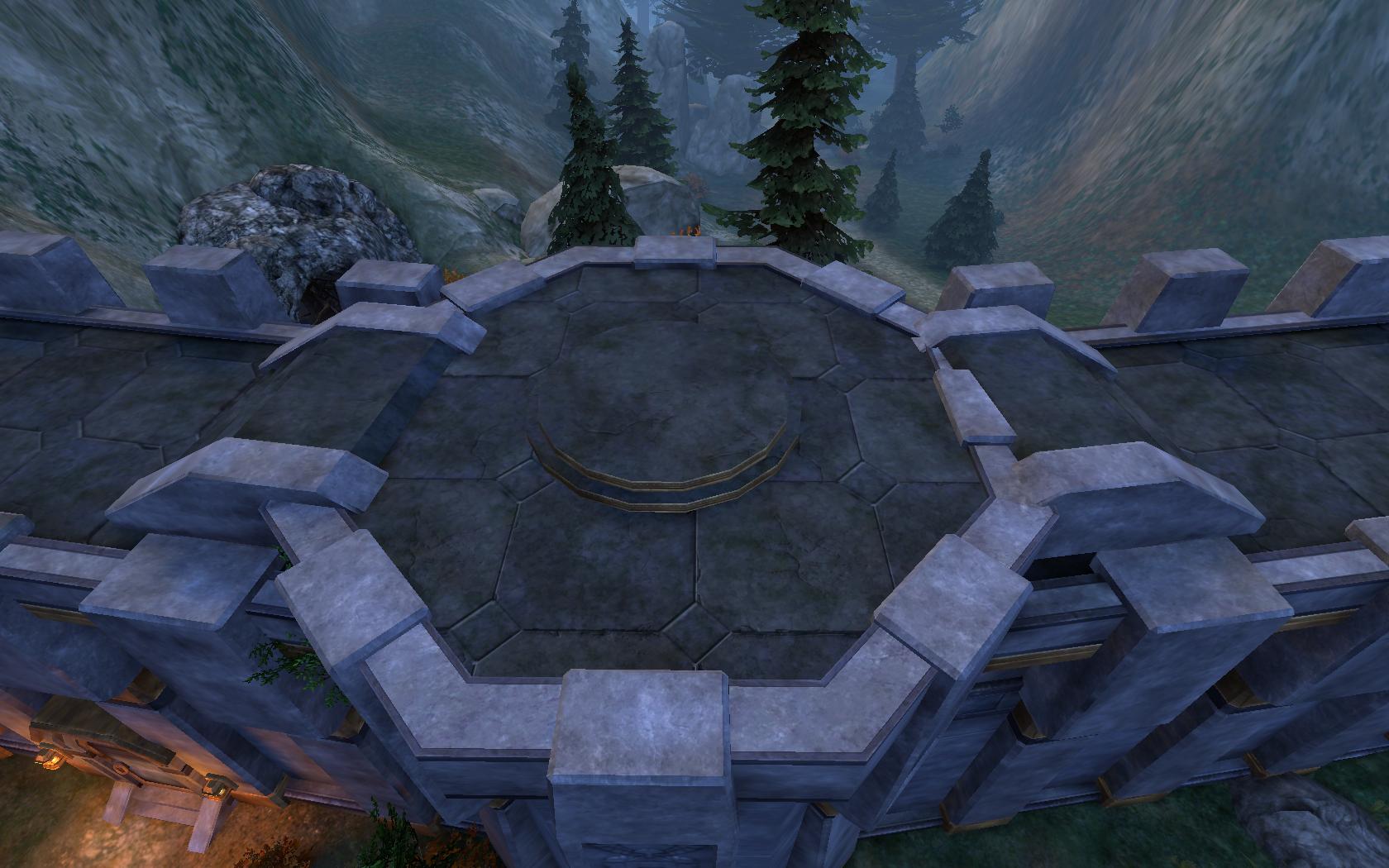 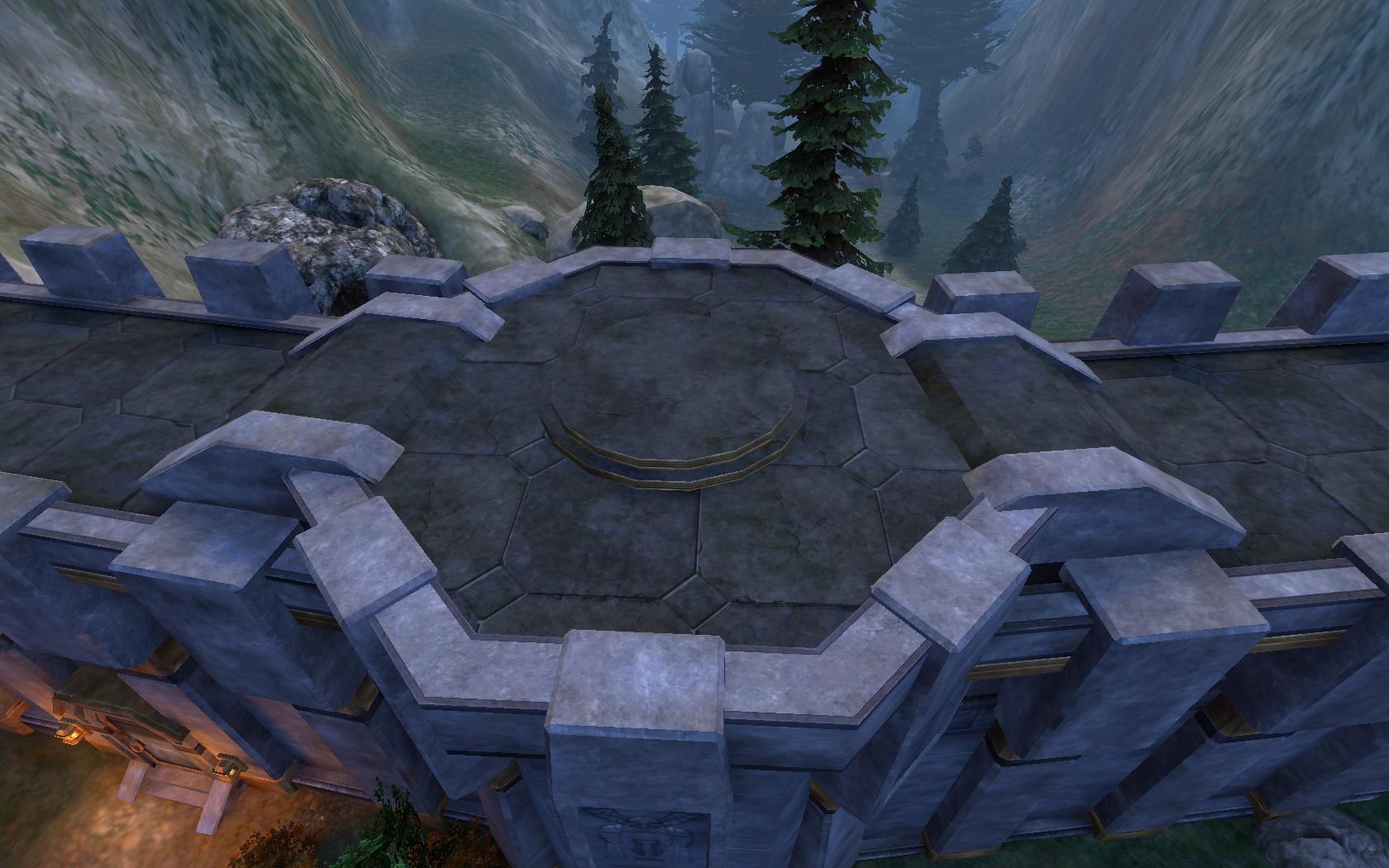 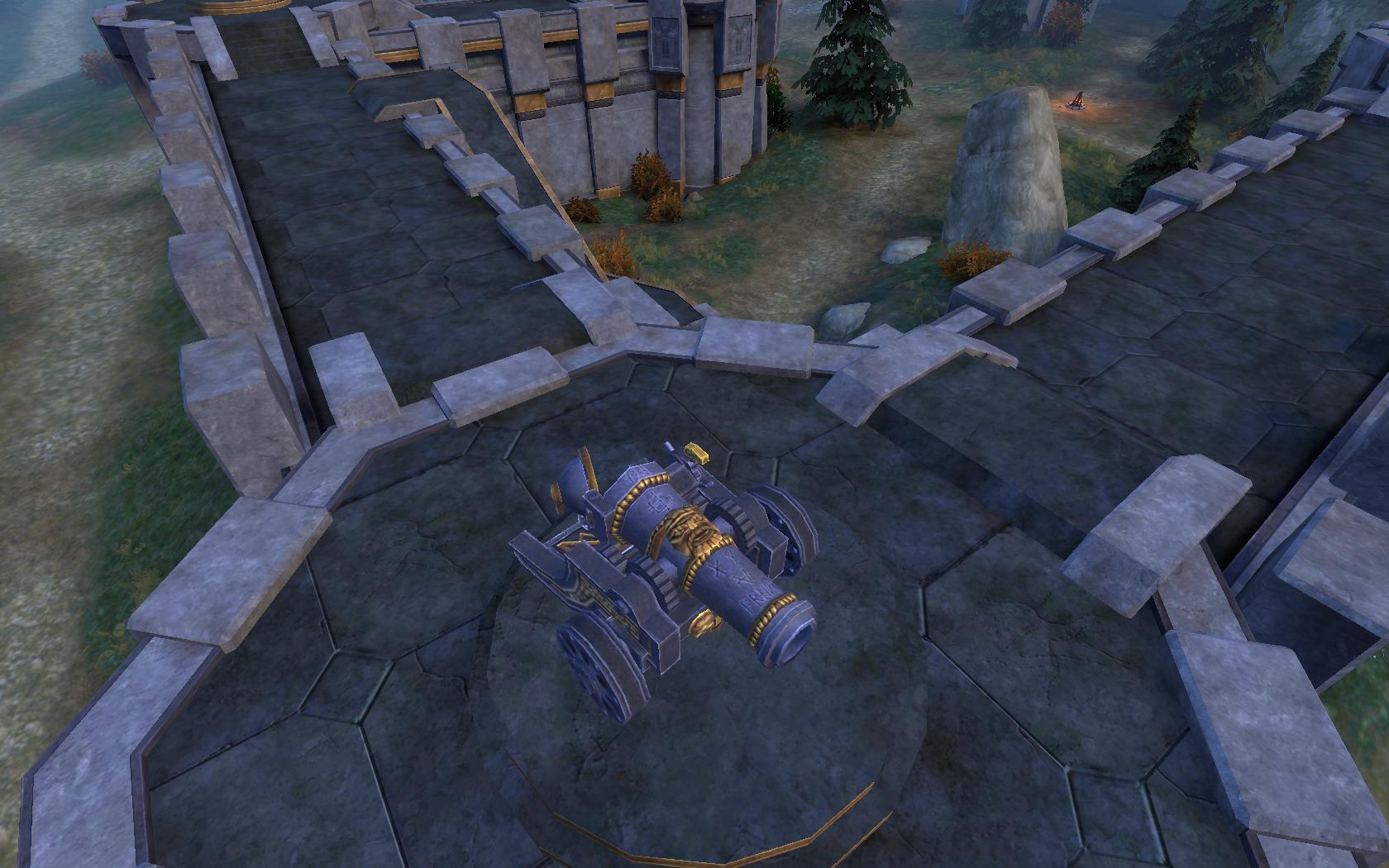 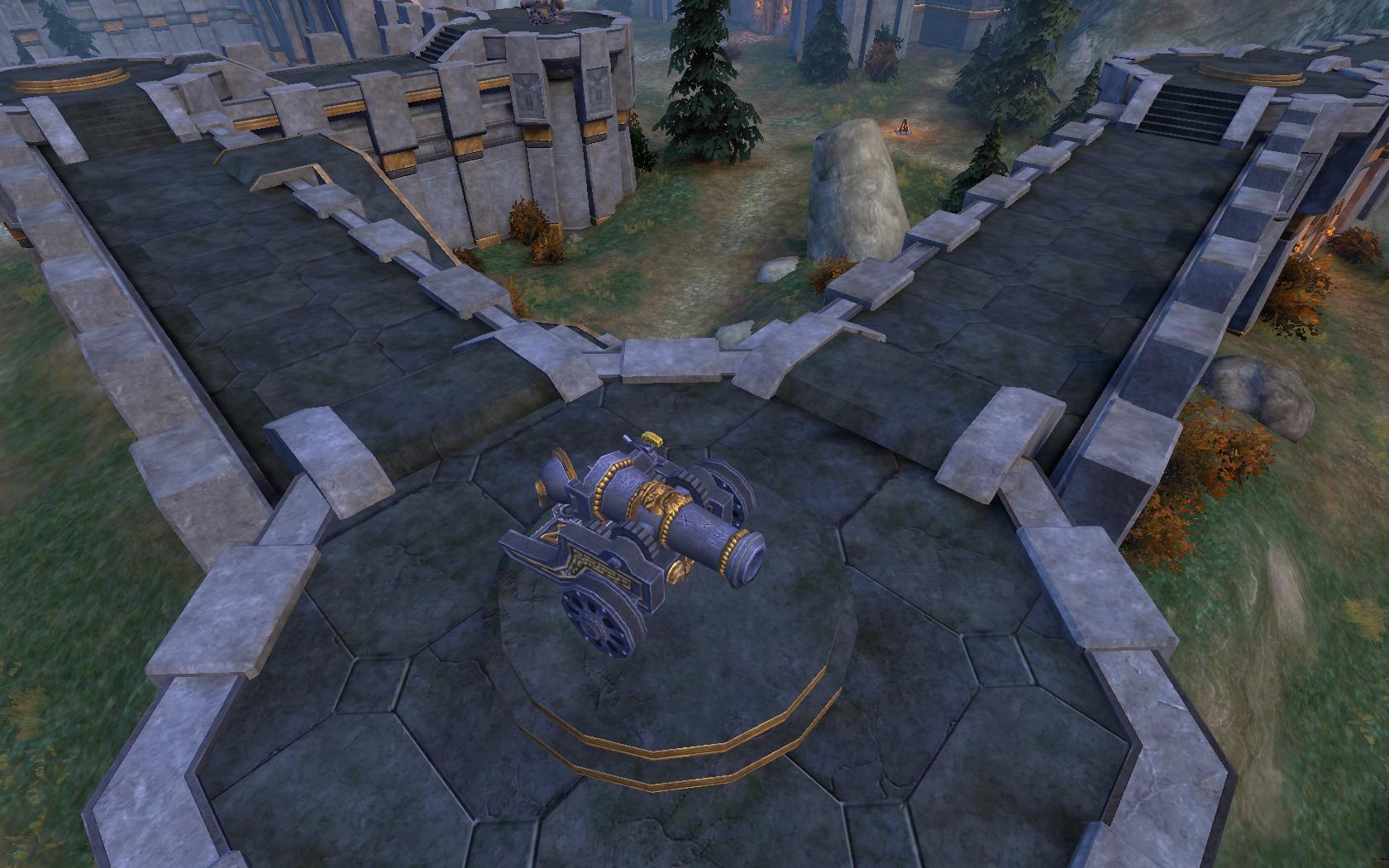 - All the dwarf banners in the High King's Hold in Karaz-a-Karak are now interactable, and can now reveal their story

- All the greenskin banners in the Bloody Sun Hall in Karak Eight Peaks are now interactable, and can now reveal their story

[19550] This item is not a champion anymore
[19532] The original appearance has been restored
[12274] No more flying tree in the Order warcamp of Barak Varr
[19557] The two NPCs of the last stage of this PQ are once again attackable
[19291] You can now click on the Windsong Dais to take the last step of the quest line, if you did not have the time to take it while Windsong Spirit was spawned
Top
Ads

Well congrats skirm sw now dead. No chanse to do any dmg in city without bha. Msw same crap. Only playable spec now is festerbot. Thats just.... Not the rework sw mains waited so long.
Top

looks more neat and deliberate, what it was before. Very good patch. Thx for the hard work. Back to classic sw looks like more playable with more gameplay elemnts, will be good if the course continues.
Drukar Netherlord
SL 85
WH 85
Marauder 84
Sorc 83
Eng 82
WL 82
Chop 79
Top

lets see it in longer run how its all will perform.
just how this balance changes will make ppl play more under aao? (thy just swap to destro and now order has 400aaao)
also chosen has in previous patches reverted back to 200morale on block ( byff for chosens recent patch about m2?) also black orc has similar.ps will it be nerf for bg also?
As is has often been said this is RoR not live and as such it’s not a basis for change / buff / nerf (not my words)
Top
Ads