Forum rules
Before posting on this forum, be sure to read the Terms of Use
Post Reply
79 posts


The formula has been quoted here, but it's on the order of ~70 crests a stage for winning(IF you can) and ~28 per stage for losing.

I think your second question is setting up a strawman.

Even IF you have bad dps, you can likely get something following around organized groups or running boxes.
If the zones aren't moving quickly, you can leach. You just have to know how to do it.
It's usually just a matter of will.
The only thing that crushes that is getting zerged.

If things are moving fast then you make a huge amount of crests.
You make a lot from sieges, and even more from forts. They are very rewarding for the effort.

That's no strawman, this is what you get in warbands outside of high rr/gear premade warbands, where all pull their weight. Additionally it's not like all in those typical pug warbands earn the same as not all groups are equally strong. You expect a new player to get anything else? Kill drops got a little bit randomized but the group with most damage still has the edge.

I expected you don't know the numbers, therefore I asked and my guess was correct.
As cities are currently mostly 5*, I will use this as basement.
Stage 1 win without bags and kill drops gives 120 crests, stage 2 140 and stage 3 160. Now add bags and regular crest drops and you get the picture.

Now take the losing side, which doesn't even bother to fight and on top you are unlucky and get no bag.
Stage 1 24, stage 2 28 and stage 3 32. 84 crests without doing anything for like 1 hour. You don't get this in a pug warband. This is just 4 crests less per stage compared to pre-"nerf" and still more than before the rewards were adjusted the first time.

With fast moving you mean no opposition and quickly locking zones?


Those numbers are wrong afaik. Those are the buffed numbers. That was changed in this patch. Most people in this thread are complaining about those changes.

What I gave you were the pre buff numbers. Those are the numbers that are active in the game right now. It was re-adjusted in this very patch and it's the most contentious topic in this thread. Please read the patch notes carefully.


I also have to say, It's not like the only reason you lose is if you give up/don't fight. You can just be severely outmatched.
Top
Ads

Those numbers are wrong afaik. Those are the buffed numbers. That was changed in this patch. Most people in this thread are complaining about those changes.

What I gave you were the pre buff numbers. Those are the numbers that are active in the game right now. It was re-adjusted in this very patch and it's the most contentious topic in this thread. Please read the patch notes carefully.

You are correct that it is a lot lower, still had the 20* in my mind. Sorry for that.
Tbh, around 400 crests on winning side, even if the enemy gives up right at the start and doesn't bother to fight, was absurdly high for the time investment.
Dying is no option.
Top

Evilspinnre wrote: ↑
Mon May 02, 2022 1:34 am
3 city pops tonight, next one 8am Altdorf time. A lot of players didn't get pops as not much incentive to q, easier to farm crests with aao in the lakes.

Revert the crest change, or find a middle ground between the two. And/or increase the renown gained from stages.


Previous night time city at 1am had only 4 instances and didnt have 60/40 faction split. Theres no negative impact on attendance from reverting silly patch.
Also its already middle ground as was pointed out in this topic few times.

The previous amount was a lot lower. You miss the addition of stage number instead of city stars only in the formula.

I think you may be fairly alone in thinking this crest nerf is a good thing.

You will make a lot more crests running around in the lakes instead of a city.
If you win and get bags you will get more than other content, but it is not enough to incentivize people to join.
if there is no tantalizing reward, even just for participation if not winning, people will just stop queuing if they lose often.

What is the harm in giving players more crests for this game mode? odds are random players/groups will end up getting farmed anyway.
Did we need to make it so unrewarding on top of that?

The bigger problem, in relation to rewards, is ensuring fights are even/matched better. Getting stomped/stomping is boring.

Being fairly alone doesnt mean being wrong. Ask players if they want free 5k crest for attending city, doubt many will say no. Would that be good for the game and fair crest gains balance across all pvp activities?
Twitch
Youtube
Top

I will take a look and double check internally regarding the mismatch between announced and actual dates.
For feedback, suggestions or cooperation with the project, please contact me:
Discord: GamesBond#2976 | Email: [email protected] 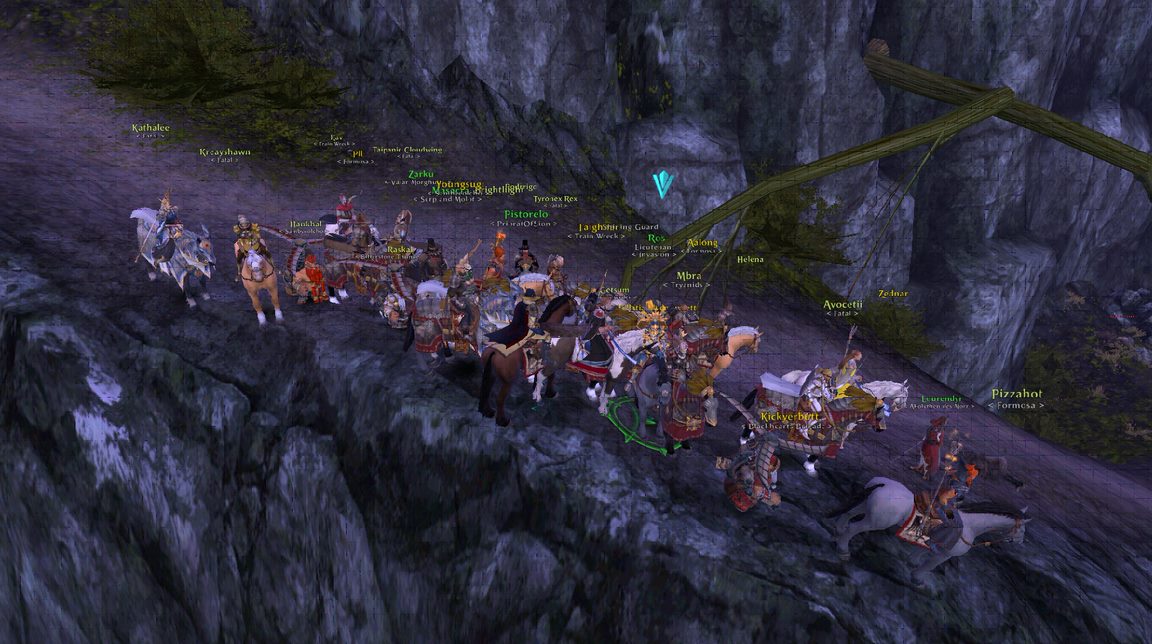 He was a great warband leader. Fatal was the first guild I joined and played ROR more and more because of him. I missed him when he left. May he now rest in piece.

What happened to him?
primary IB 8X, EN8X, WP7X, SL7X, KOTBS6X, and a bunch of under rr60 toons on order and destro with other classes.
Top

I will take a look and double check internally regarding the mismatch between announced and actual dates.