Fan art? Some amazing artists in here.
RvR Videos? 6v6 fights? Show off your skills!
Looking to stream the game? We encourage it!

Forum rules
Before posting on this forum, be sure to read the Terms of Use
Post Reply
22 posts

Rekoom wrote: ↑
Thu Sep 10, 2020 1:00 am
I'm thinking of slotting strength talis but going defensive renown (currently 3/4 dodge/disrupt/parry/FS) and Witchbrew since it doesn't scale with strength. I also wouldn't take increased pain and go with a defensive tactic. Probably Kiss of Doom paired with MoM and Sacrifices Rewarded, last one probable the +25% damage on finishers tactic.

I'd do that because I'm not really sure what is a WE role in the lakes in a WB beyond ganking at postern and clearing oil room and you need a little bit of survivability to do these things.

You said you would t cover anything below Vanq gear which is faire enough but I'm really curious to know what you feel is the best use of a WE in a WB.

And thanks for the vids & the stream, always good to learn more on this weird role/class!

You can do both offensive WB and defensive WB builds. WB doesn't stack with strength, but all your other skills do, so offensive WB still works and is what I primarily run. We run WB because it isn't melee damage (doesn't lose damage because of armor), and that's the primary reason - not because it does or doesn't stack with strength. It is also just a very strong finisher because you can load it up for subsequent fights. E.g., fight one person, use WB, roam for 45 seconds, and then open with full WB hits.

WB is also, as you said, good for defensive builds too because it does not stack with strength. However, I can say for sure that the def build doesn't feel as good - much less like a WE, not bursty, and you can still die to most things since you can't kill them fast enough regardless. A better mix might be to hit soft cap strength, full crit, max parry with renown, and then go armor talis in gear that you can lose str talis in. There are a couple real legit WEs who run that. 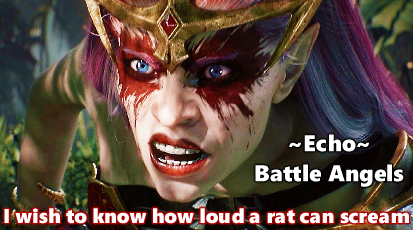 
Opening a fight with fully loaded WB is fun.