Forum rules
Before posting on this forum, be sure to read the Terms of Use
Post Reply
1352 posts

Is there a way to copy UI settings from one char to another?
I want to use the Tank preset for my healer (which originally used the healer preset), but I can't copy the preset folder or any other character's folder and rename it.
I still have the old ugly UI.

settings from Enemy are save in: ROR folder > user > settings > Martyr Square > Character Name > Character Profil > Enemy
you can copy the folder and replace it in your "new" profile....
back ingame, you have to switch to the "new" profile

- Don't use the "Share"-Option!
- And if you are done /rel
helpful links

how to see target like eve online with the 4 lines crossing on the target?
Top

// maybe you have to check if your RVManager is enabled

- type /RV
- click on Targets/Frames
- the crosshair comes from RV_Mod eve_online
- just select another "Template" on every section you don't want it... or whatever ;D
helpful links

Is there a way to copy UI settings from one char to another?
I want to use the Tank preset for my healer (which originally used the healer preset), but I can't copy the preset folder or any other character's folder and rename it.
I still have the old ugly UI.

A lot of the mods are configured to work for specific classes, in particular Buffhead. I don't believe there is an easy solution to copy profiles between different classes. You'll either need to use the Tank preset and adjust your Buffhead settings or stick with the Healer preset but rearrange the UI to your liking.
Top

Hello, I am brand new to Warhammer, I downloaded and followed the instructions on how to install this UI-pack,
But now my Quest Window is not showing my current Quests, please help me

zyzolol wrote: ↑
Fri Nov 13, 2020 3:20 pm
Hello, I am brand new to Warhammer, I downloaded and followed the instructions on how to install this UI-pack,
But now my Quest Window is not showing my current Quests, please help me

Milnpa wrote: ↑
Sat Oct 31, 2020 10:15 am
So I've done this and the quest tracker is back which is great. But I cant add any quests to it (the hud) and none of my quests are appearing on the map now. Anyway to fix this? I'm using the order heal profile. Amazing UI perfect for sc and rvr but I like to unwind with some pve quests occasionally.

zyzolol wrote: ↑
Fri Nov 13, 2020 3:20 pm
Hello, I am brand new to Warhammer, I downloaded and followed the instructions on how to install this UI-pack,
But now my Quest Window is not showing my current Quests, please help me

There should be a quest window toggler on the right side of the screen (all layouts): 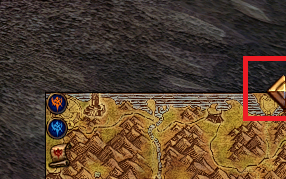 This will show/hide the default quest tracker:
Spoiler:

Note that this tracker only shows quests that you have selected to be tracked in your tome of knowledge (quest tab):
Spoiler: 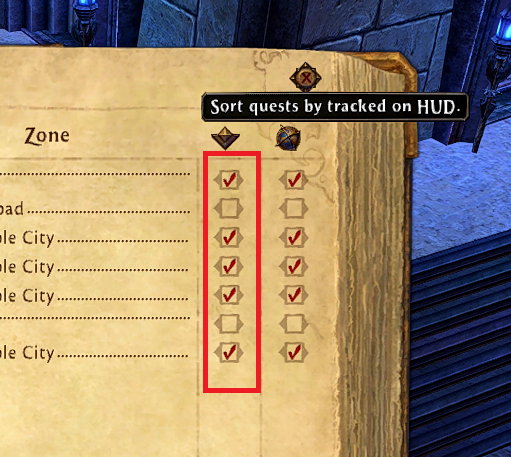 I'm creating a repository of all addons to track changes, and allow anyone to contribute changes and report issues. I'll add your changes to all the addons you've updated and then I'll bump all the version numbers.

EDIT: I've noticed a lot of your changes are made to older versions of addons. Can we talk about how we can rebase yours over addons that have newer versions? Or if you have a better idea we can discuss it.

EDIT2: Here's a thread about it.


Hey txtsd, sorry it took so long to get back to you.

I like the idea of having a fresh repository in case Idrinth for some reason becomes unavailable, but I don't think addons in my pack are suitable to be moved to your new repo.

Many addons in my pack have been heavily modified to suit my personal needs and preferences to a point where a rebase with some other version is not something I'm interested in. When modifying other peoples addons I've not touched the version numbers mostly because I'm a lazy piece of ****, but also because it feels weird for me to bump version numbers of addons I'm not the author of.

Where necessary I've written addons from scratch, usually such addons get their own forum thread.
These would make the most sense to upload to your repo, though I can't promise much help keeping them up to date there.

I've also collected a lot of common dependencies that some addons kept their own instances of in to a single addon called Ace.
This makes sense in the context of a prebuilt UI pack but for someone who is building their own UI from scratch it would probably make more sense to have separate addons for better customization.

I don't know who decides what the "official" version of any given addon is on Idrinth, but if I understand it correctly, anyone with an account can upload a "newer" version of any addon. For this reason I always make it clear that if someone wants to try VinyUI as I provide it they should always download the latest archive from this thread. Other people are always welcome fork any addon in the pack as long as the spinoff is clearly labeled as such and credit is given to the original author (be it me or someone else).

Other concerns I have about your idea are:
- What happens if I upload an addon of mine and then someone else wants to change the color of some label? Who decides which version gets to stay and what happens to the version number?
- What if the original author of an addon takes a long break and then comes back and pushes conflicting changes on top of other peoples commits?

Generally I think it's best if mod authors maintain their own repos/threads as is the case with module bugfixes by OldSerpenT, Sulle's Projects, war-addons by cupnoodles and so on.
VinyUI | FPS Guide | Scenario Alert |

Could you help me please?

I had a problem, i have just used without changing anything into the UI pack.

All the crest are rolled to my character, i dont know what to do. I dont see any roll on my screen. I try to click on "manage" on t Roll option (/troll), "pass" on crests but its doesnt change anything.
Since that, i dunno what to do anymore, disactivate ALL Tidy roll named addons (tchat etc) but sadly, i see all the rolls of items except crest that are rolled without my word. I have delete it, same problem.

When I use /troll, i can see the during rolls, when I escap the troll menu, it disapears.

I cant cure death debuff without /rel, then right click on healer works if /rel. Is that due to the disactivate of tidy roll named addons ?

Thanks for your reading & helping


Edit : Lilim thanks for your previous answer
Top

How do you move bar that is normally on the bottom of the screen? I have it loaded on an alt, and it's actually on the top, but I would like it on the bottom.
Top
Post Reply
1352 posts