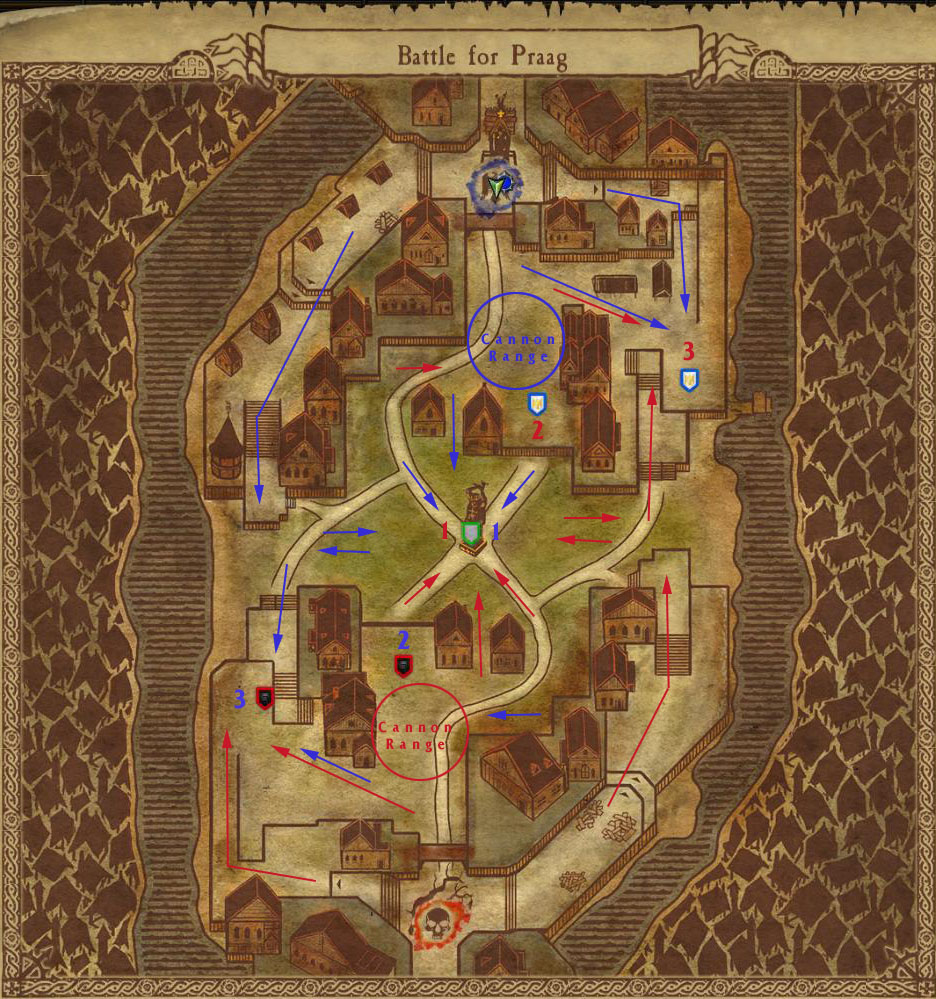 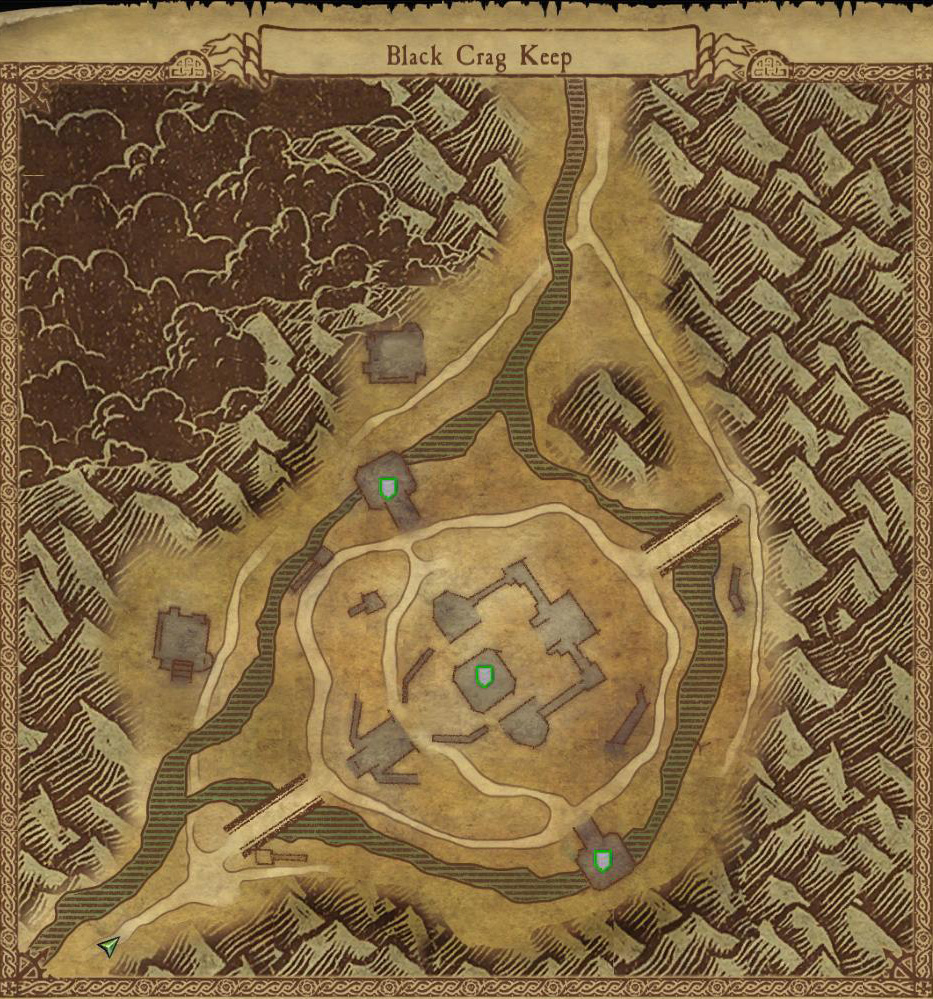 Instructions : This Scenario has several locations to capture through out the ruins of Karak Drazh. Capturing these locations will make any kills grant points over time as well as increase the amount of points player kills are worth.
Kill : 2
Capture
fort : 30
others : 15(x2)
Tick
fort : 4
others : 2(x2)
All 3 tick : 24
Note : almost same as Nordenwatch. middle is sum of other 2. 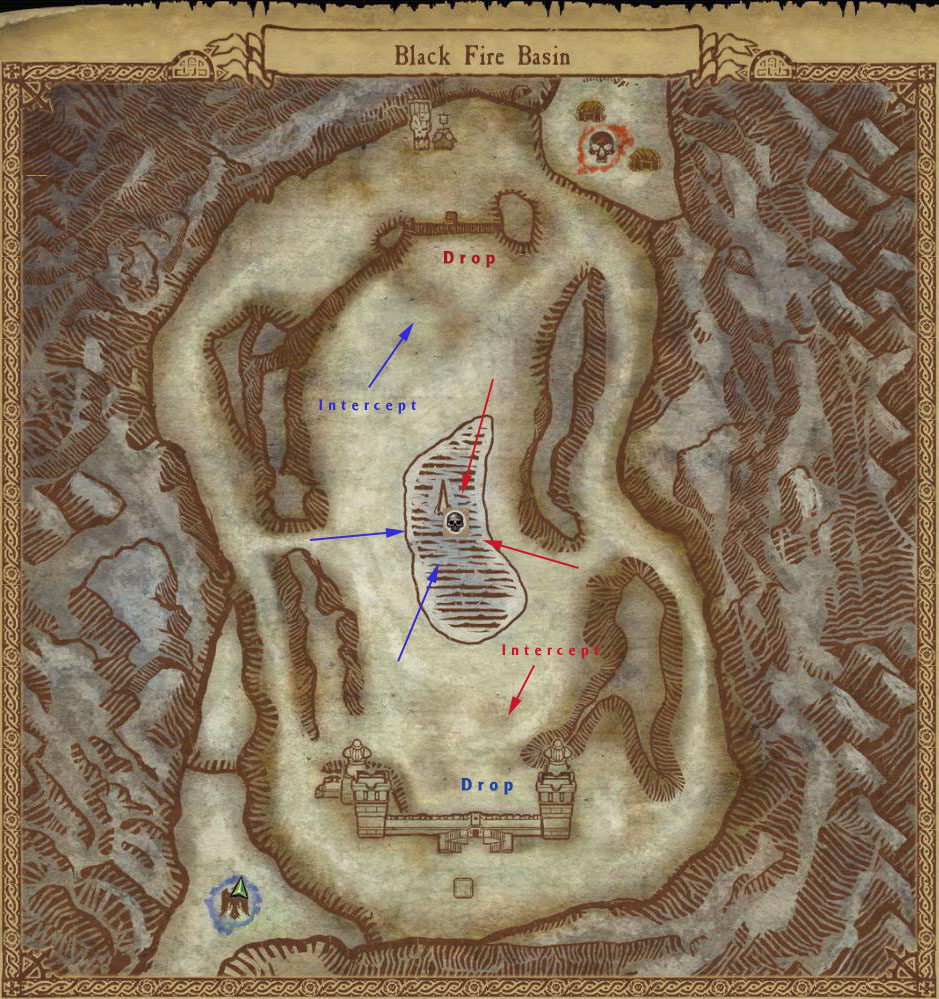 Instructions : Blackfire Basin features a shared Capture the Flag mechanic. Earn points by killing other players and capturing the single shared flag in the middle of the frozen lake! Carrying the flag for too long will eventually snare the flag carrier and eventually drain your will to fight.
Kill : 1
Flag drop : 80
Note : flag decays after 3 mins. 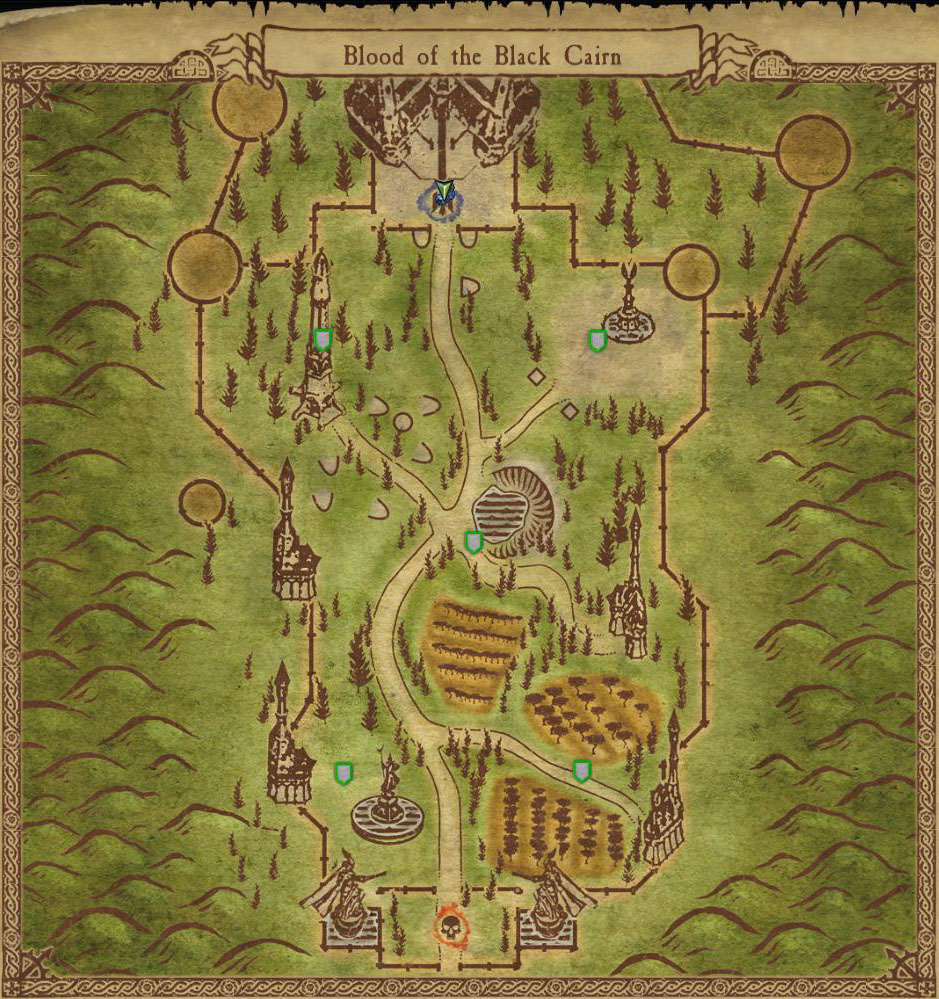 Instructions : Blood of the Blackcairn is a 5 capture point match. Try to capture and hold all the points, but in order to do this your realm must control the two areas nearest to your spawn and then capture The Crossroads. Once you control the Crossroads your enemy's capture points are yours for the taking! Beware, enemy players can sneak behind your battle lines and neutralize any areas you control!
Kill : 5
Capture : none
Tick
crossroad : 5
2 enemy flags : 10 each
Note : in order to capture crossroad( mid flag ) you need 2 flags closed to your base.
after crossroad, you can capture enemy's base flags. without crossroad you can only neutralize it. 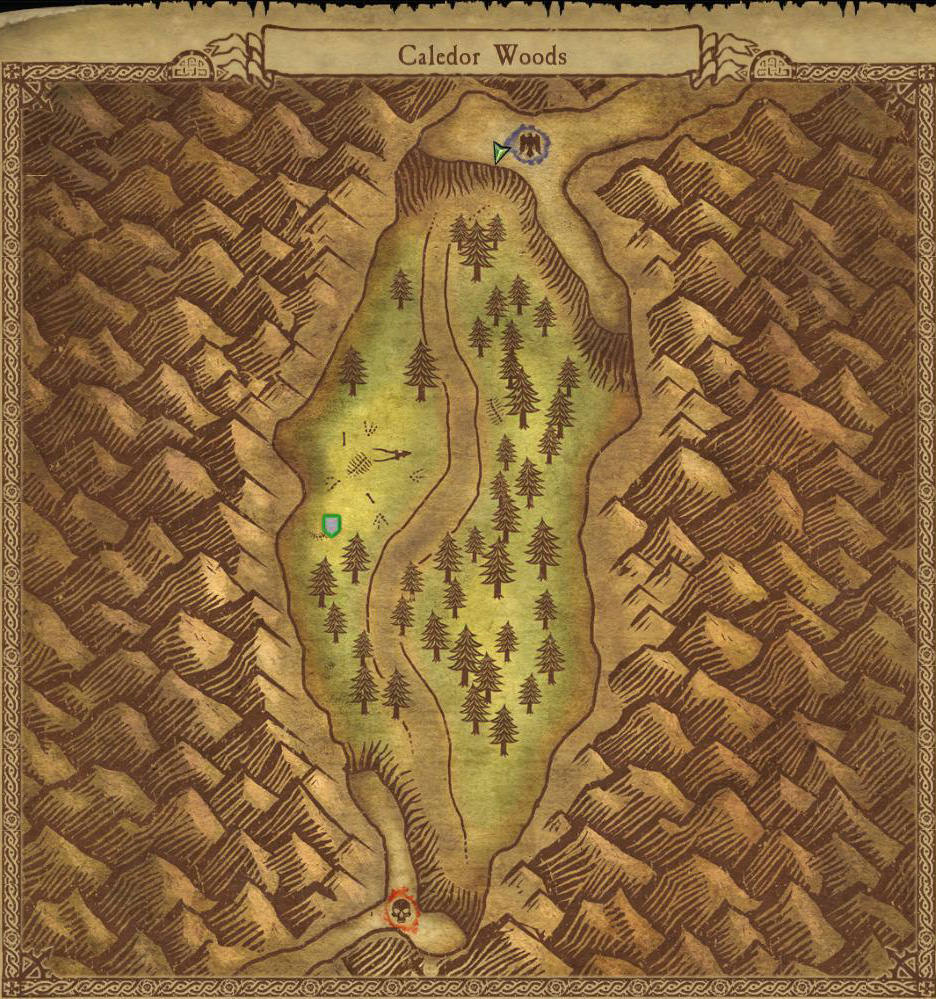 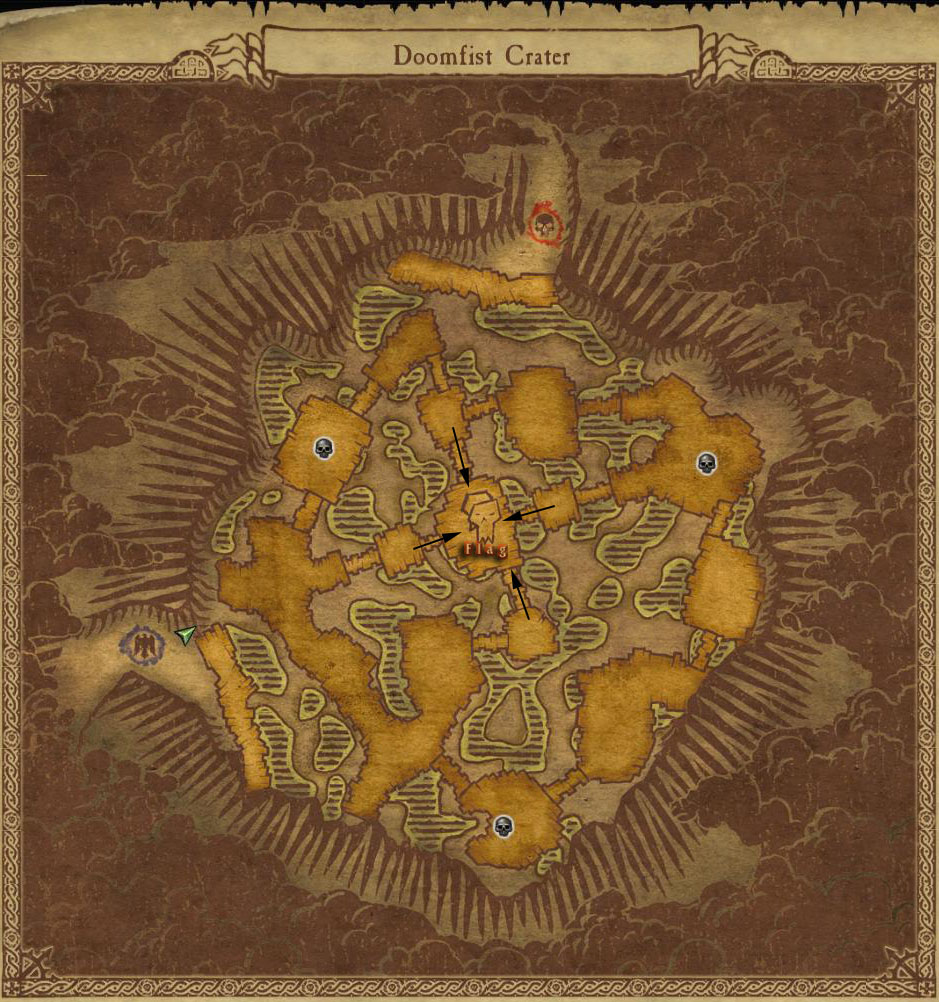 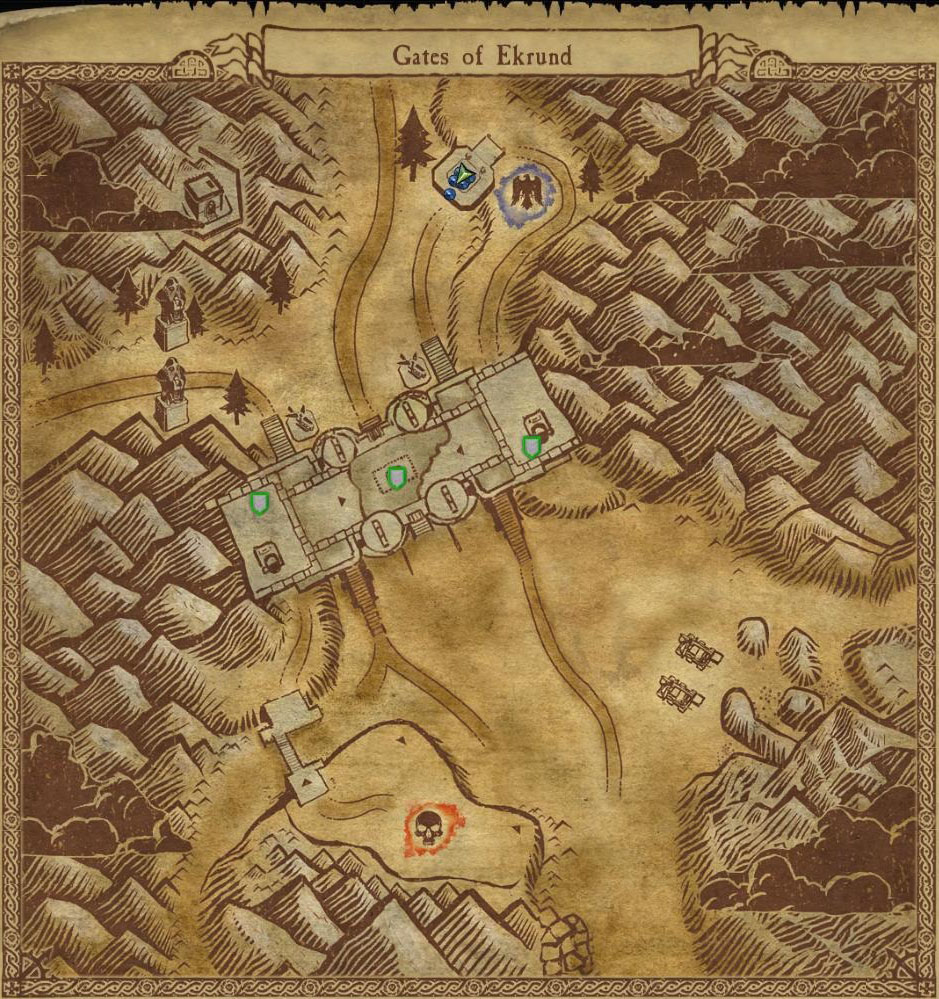 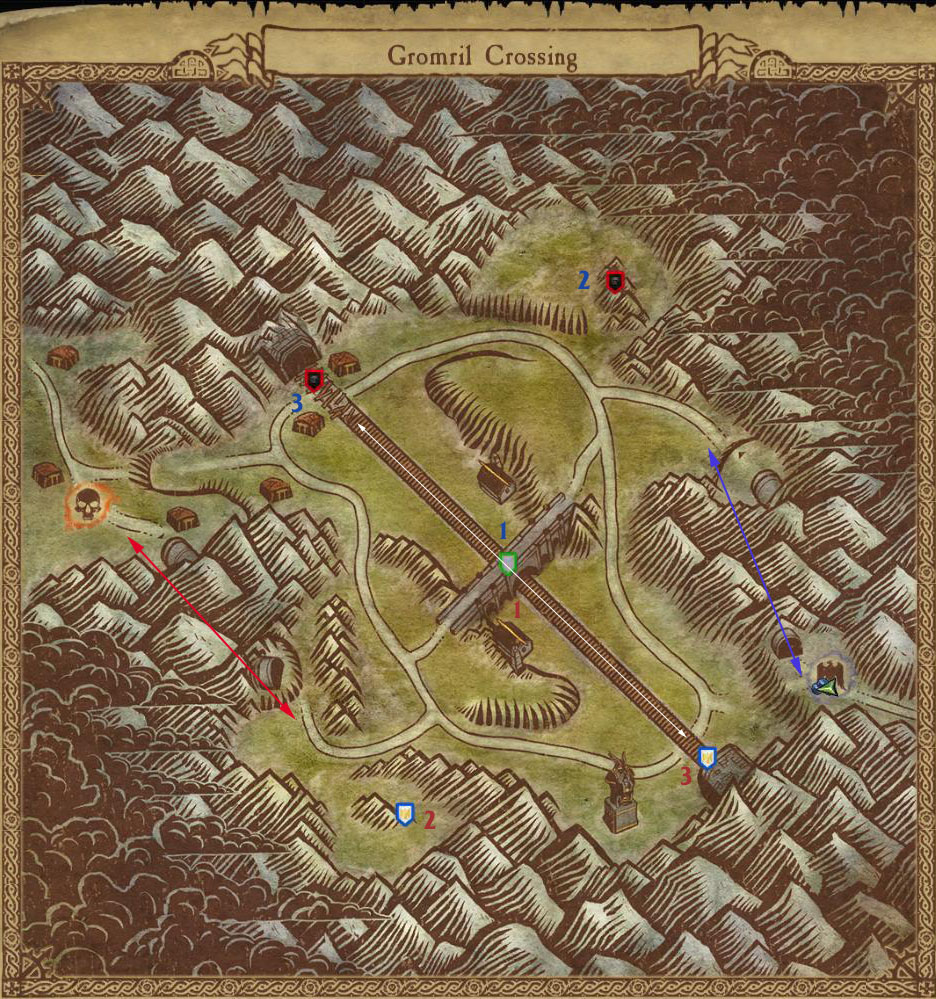 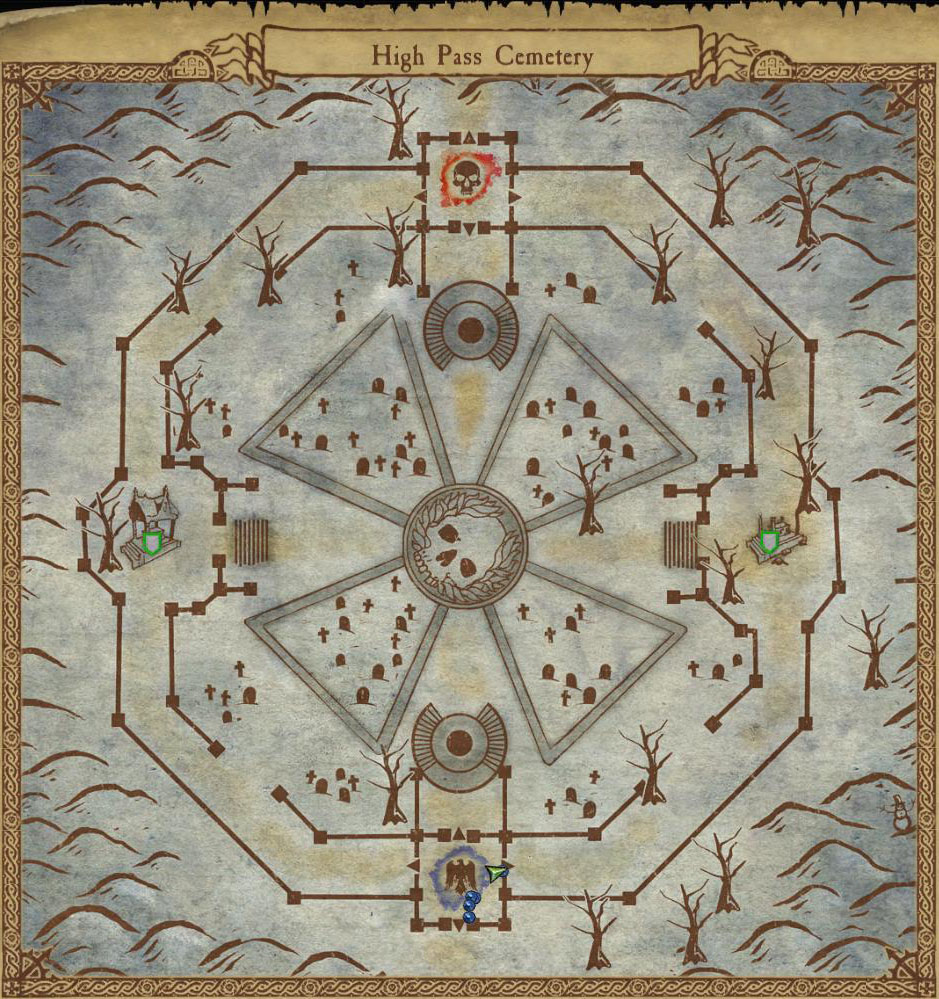 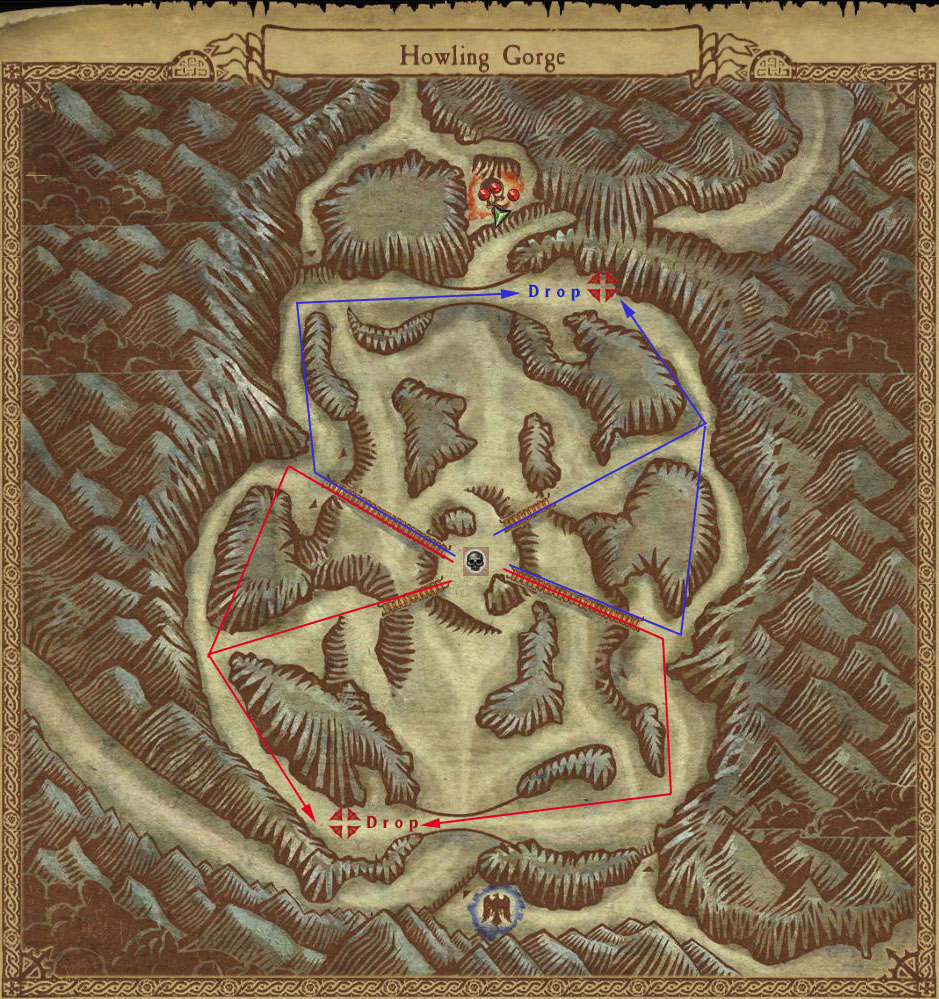 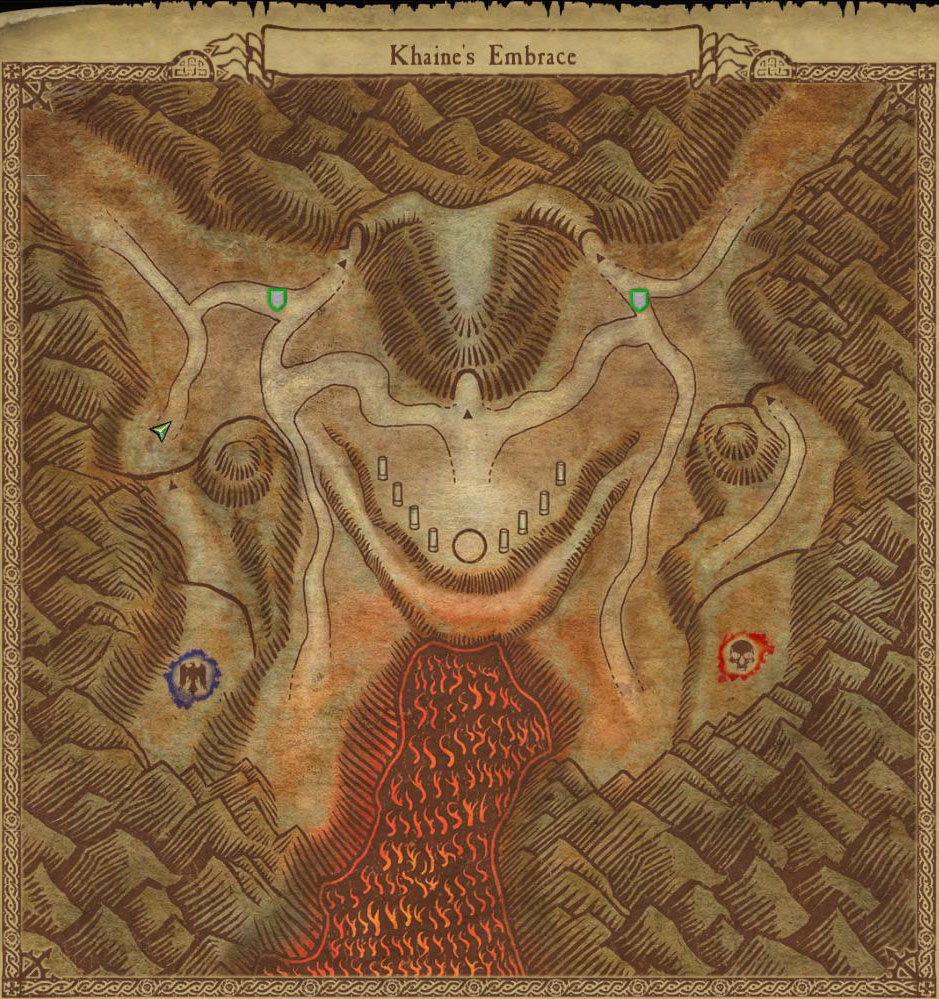 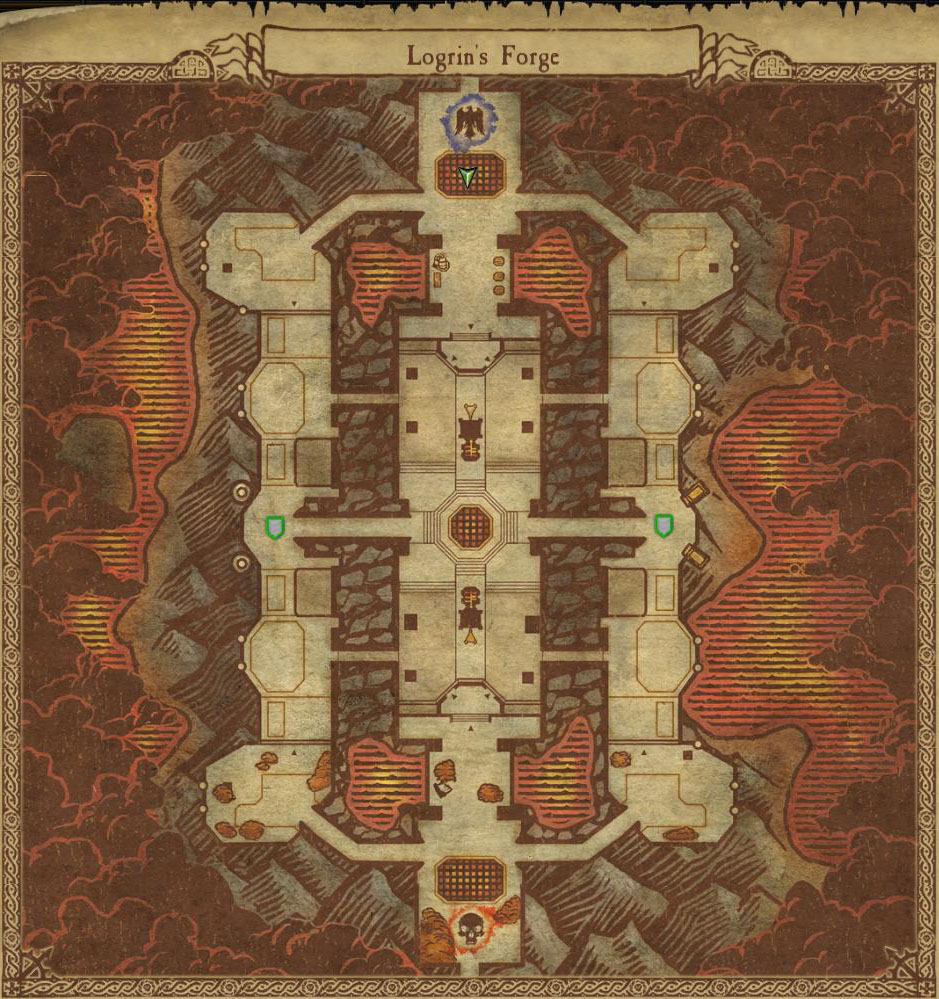 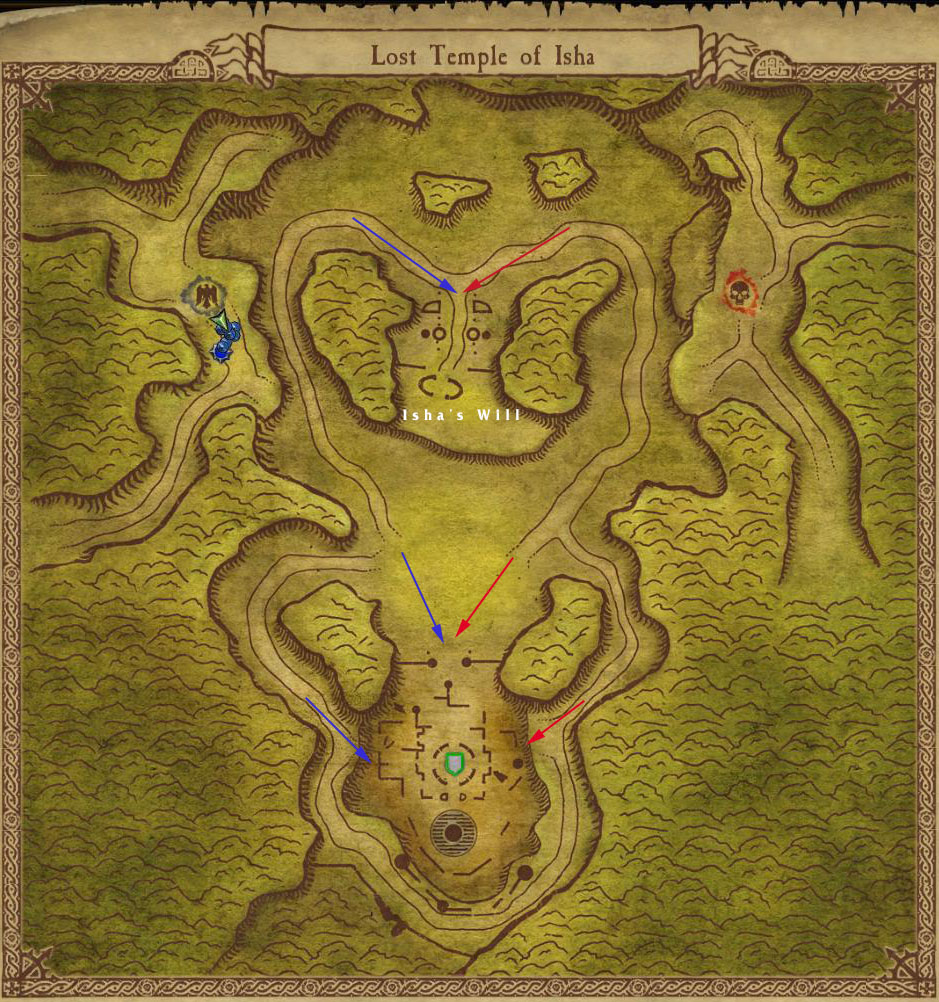 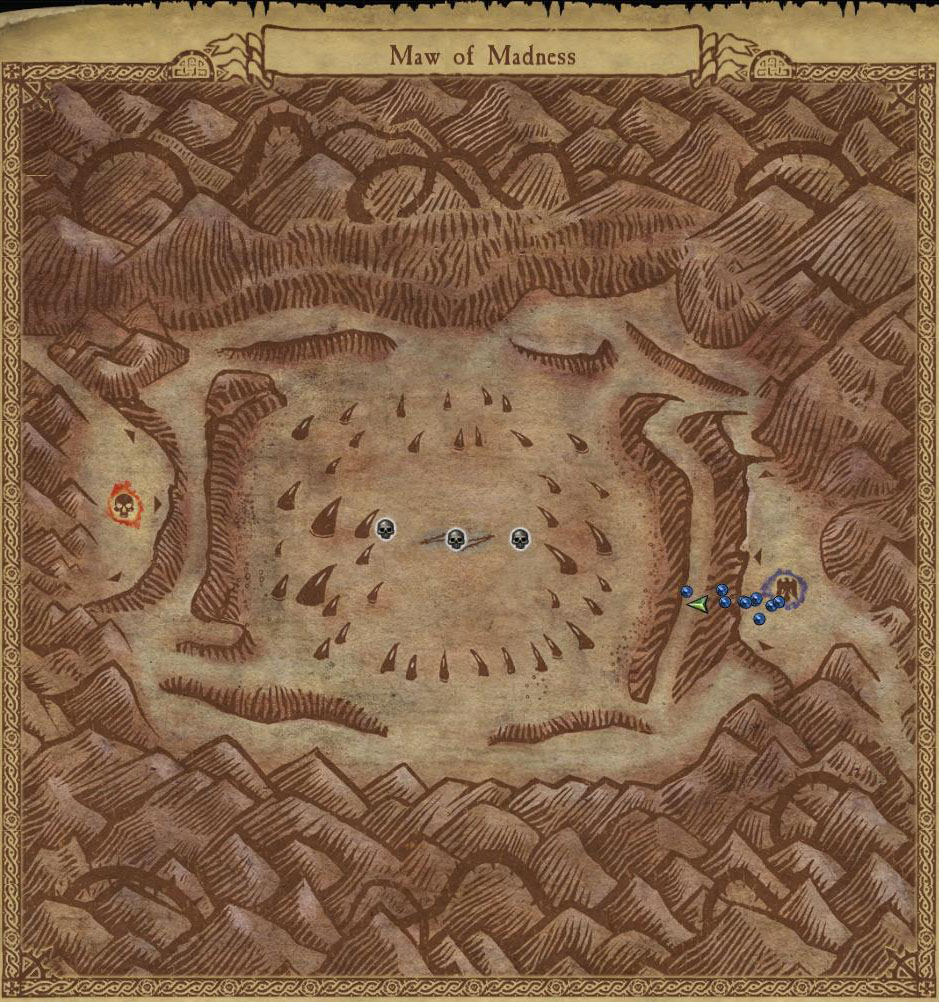 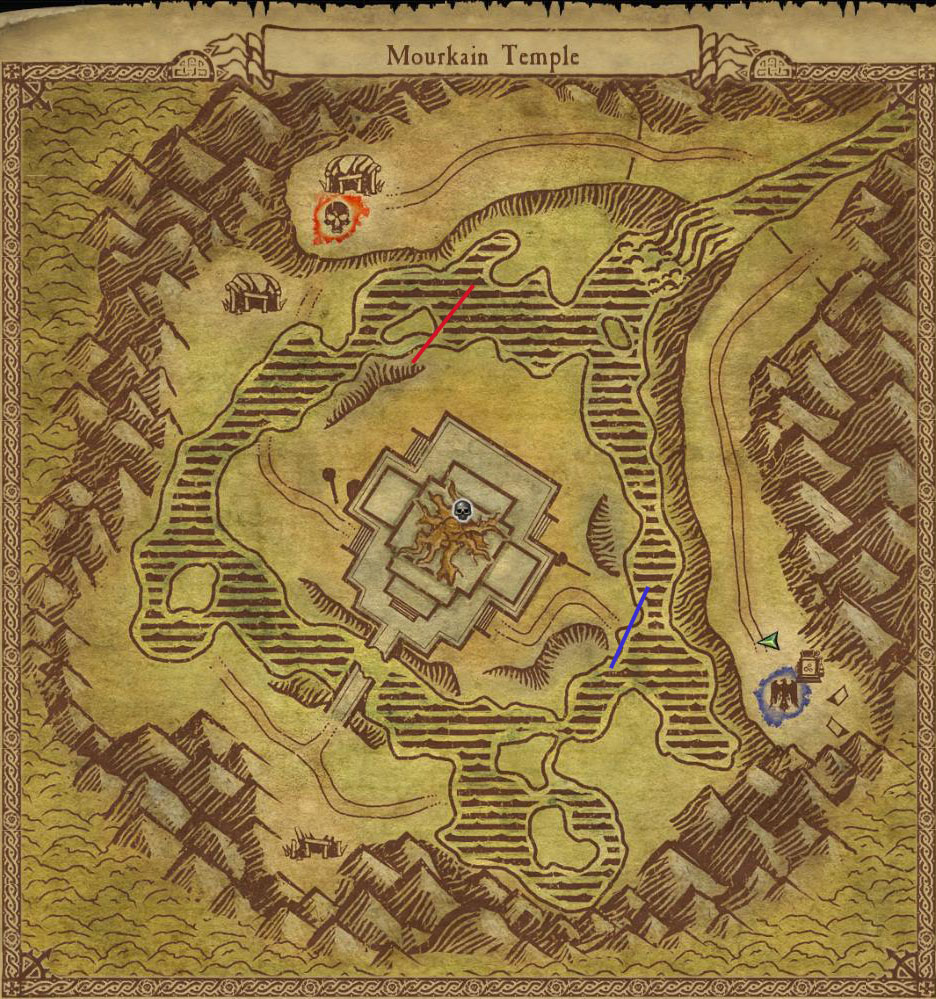 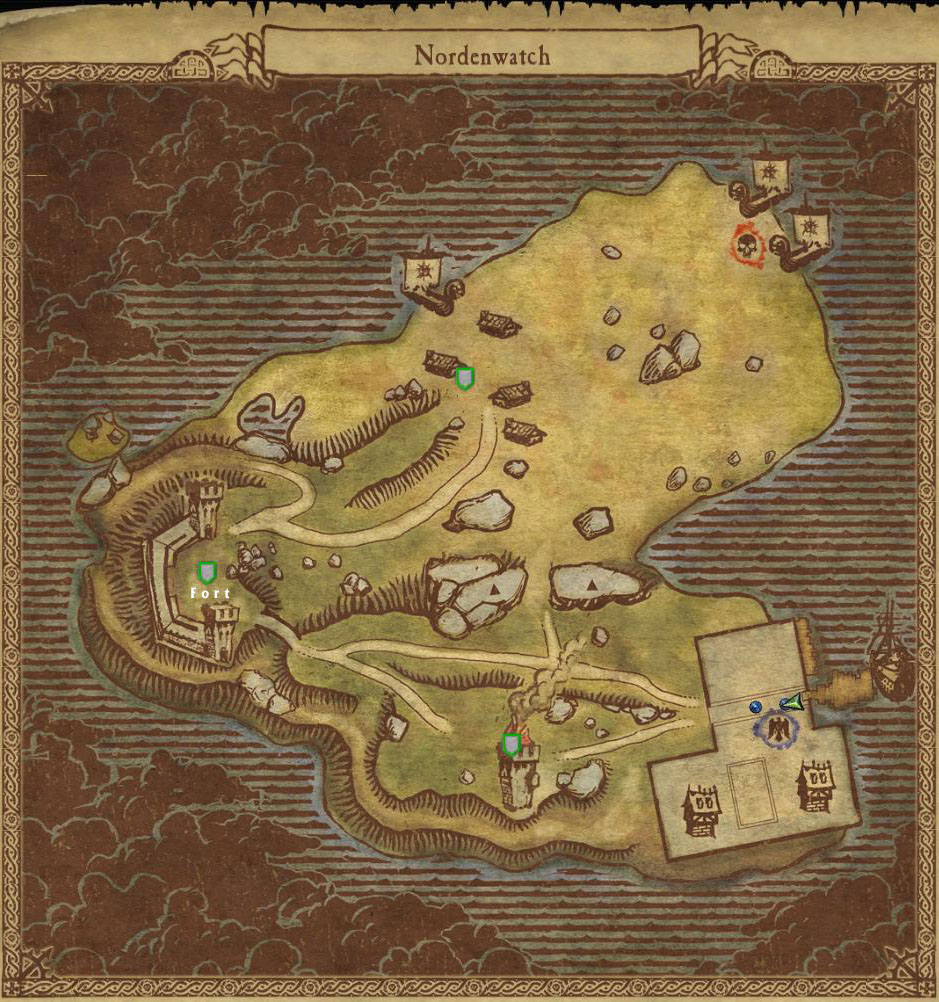 Instructions : This Scenario takes place in the critical beachhead of Nordenwatch. The battle rages around the Lighthouse, Barracks and Fortress. Take and hold these objectives while killing any enemies you find!
Kill : 5
Capture
fort : 30
others : 15(x2)
Tick
fort : 4
others : 2(x2)
All 3 tick : 24
Note : 2 other flags = fort. 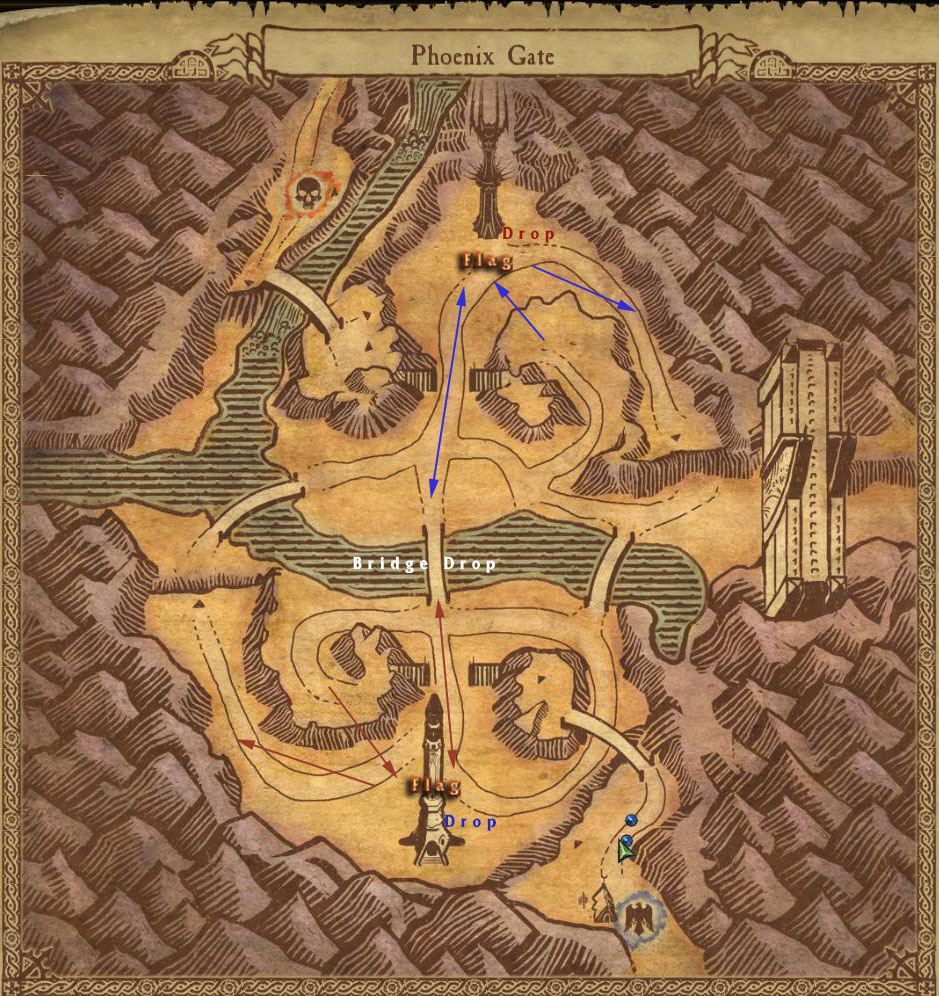 Instructions : Phoenix Gate takes place on the hills of Ellyrion where Dark Elves and High Elves try to capture their hated enemy's banners in a struggle for morale! Capture the enemy banner to earn points! if both banners are held, break the stalemate by dropping the enemy banner off at the bridge for a small victory! Doing so will cause both banners to reset!
Kill : 2
Flag drop at base : 150
Flag drop at middle bridge : 50
Flag holding tick( 1sec ) : 1
Note : you get 1 tick for carrying flag until both flags were taken.
if both flags were taken only available drop point is flag on the middle bridge of your faction.
To reset dropped flag on the field you have to camp it for 5~10 sec ( not confirm )
you can see current runner's location by opening map. simply press 'm' 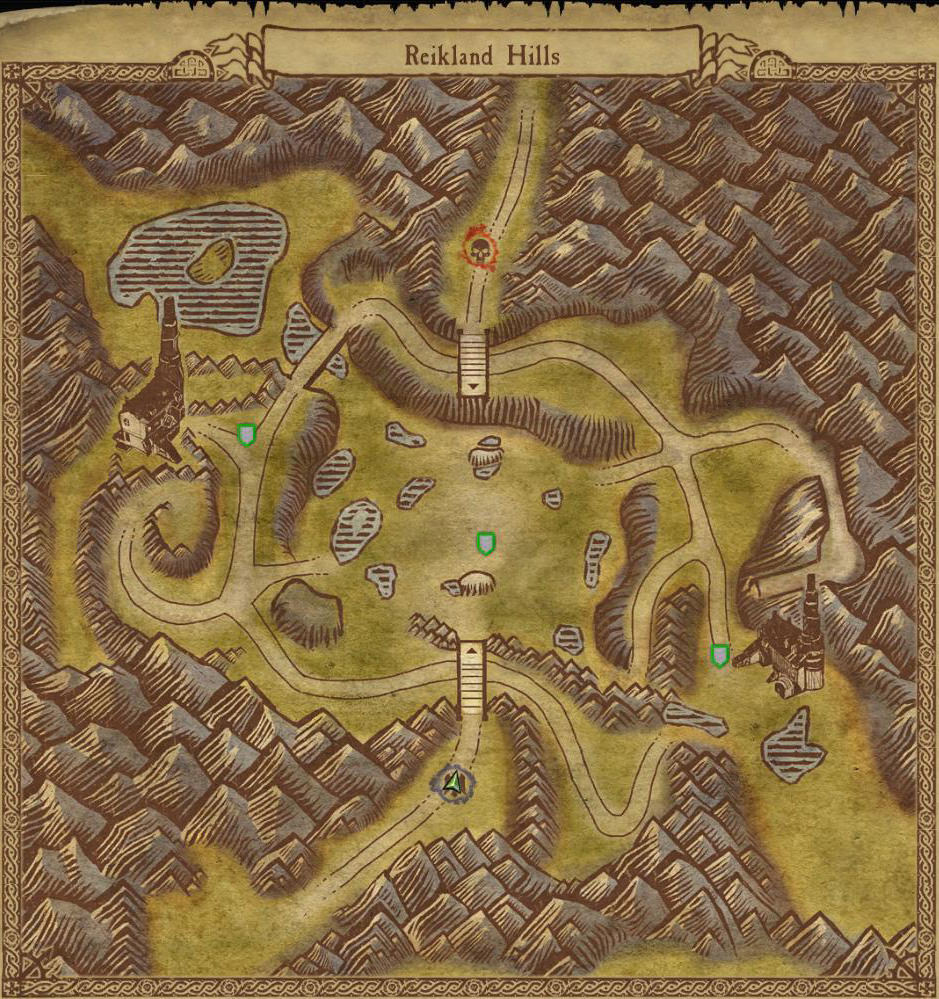 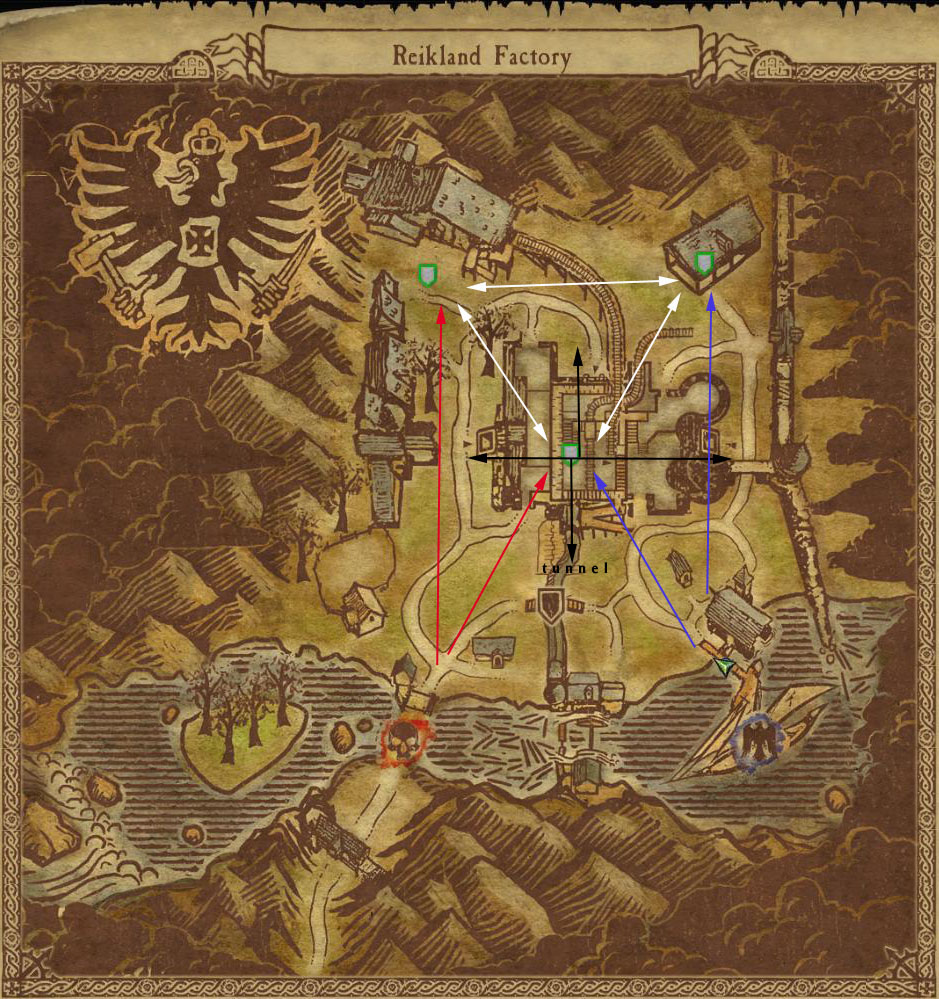 Instructions : Reikland Factory features several capture locations which offer points over time as well as points per capture. Capturing the Steamtank will earn you the most points per capture, but capturing the Landing, Warehouse and Machine Shop will give you more points over time!
Kill : 5
Capture
middle : 50, outside : 15(x3)
Tick
middle : 1, outside : 3(x3)
All 4 tick : 30
Note : there are underground tunnel and upstair railroad.
outer flags are better for long term points. mid flag is for short term points. 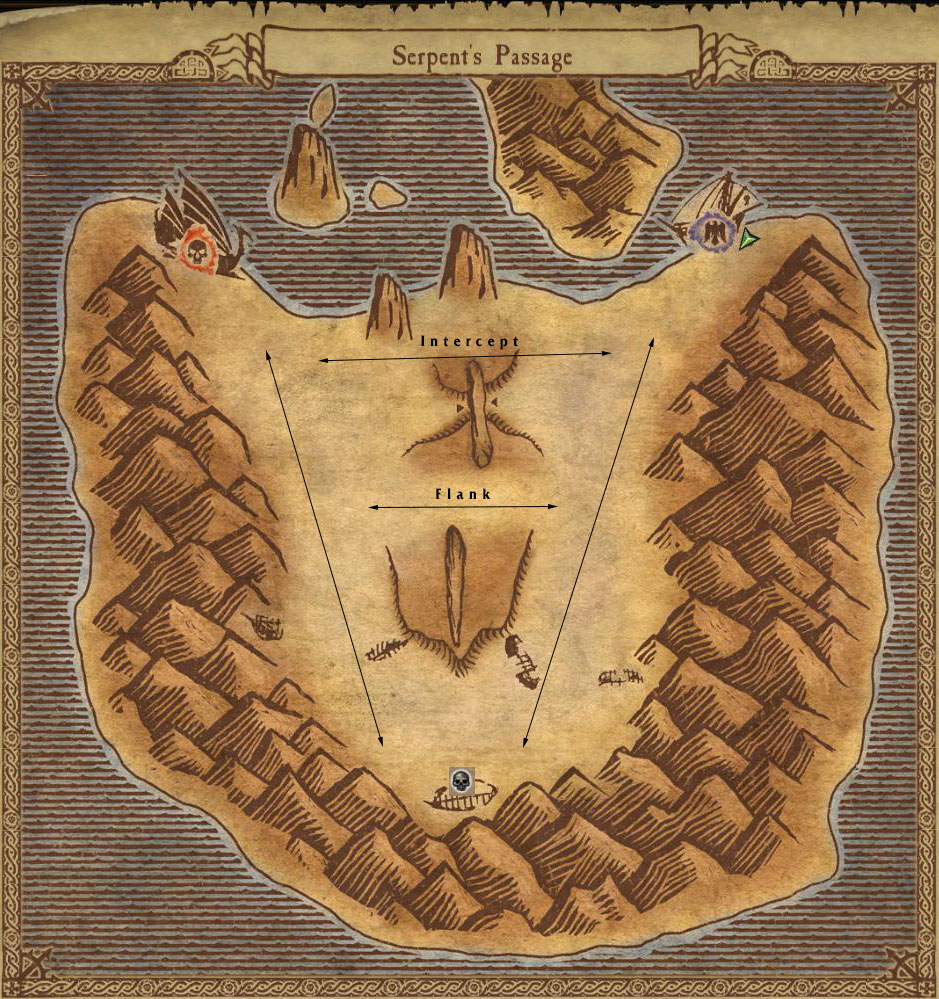 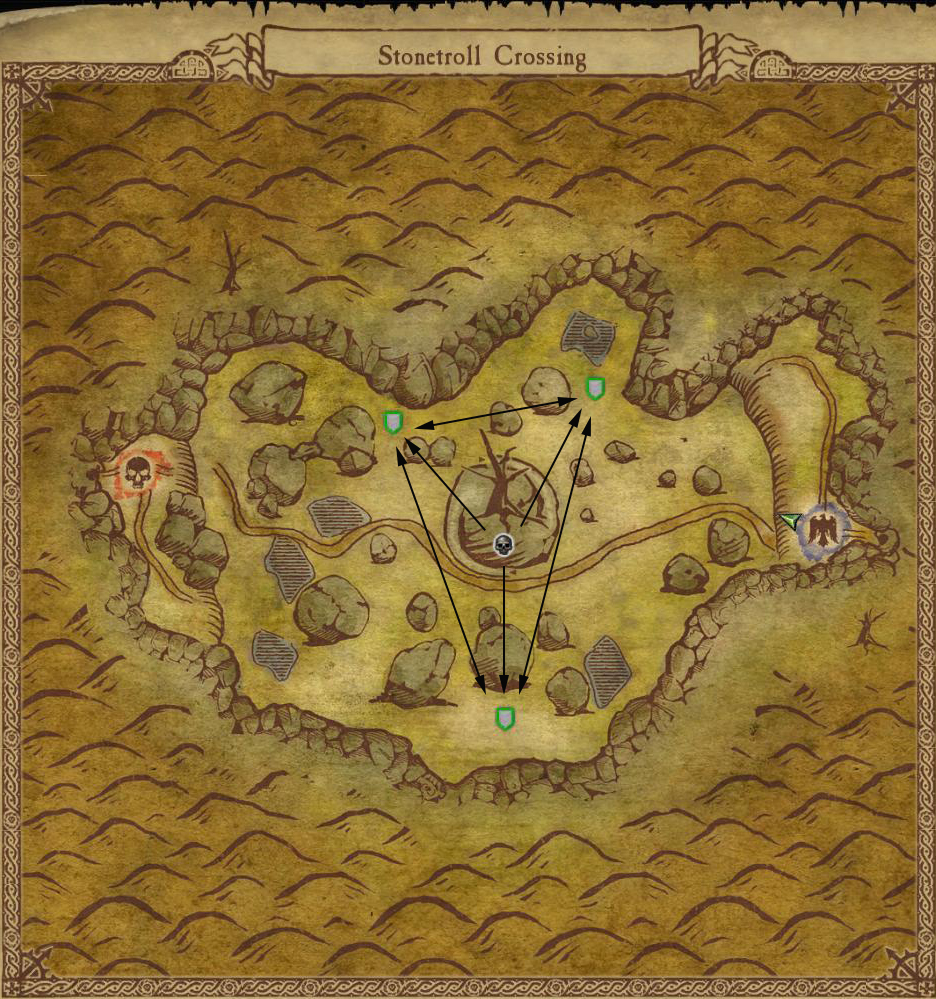 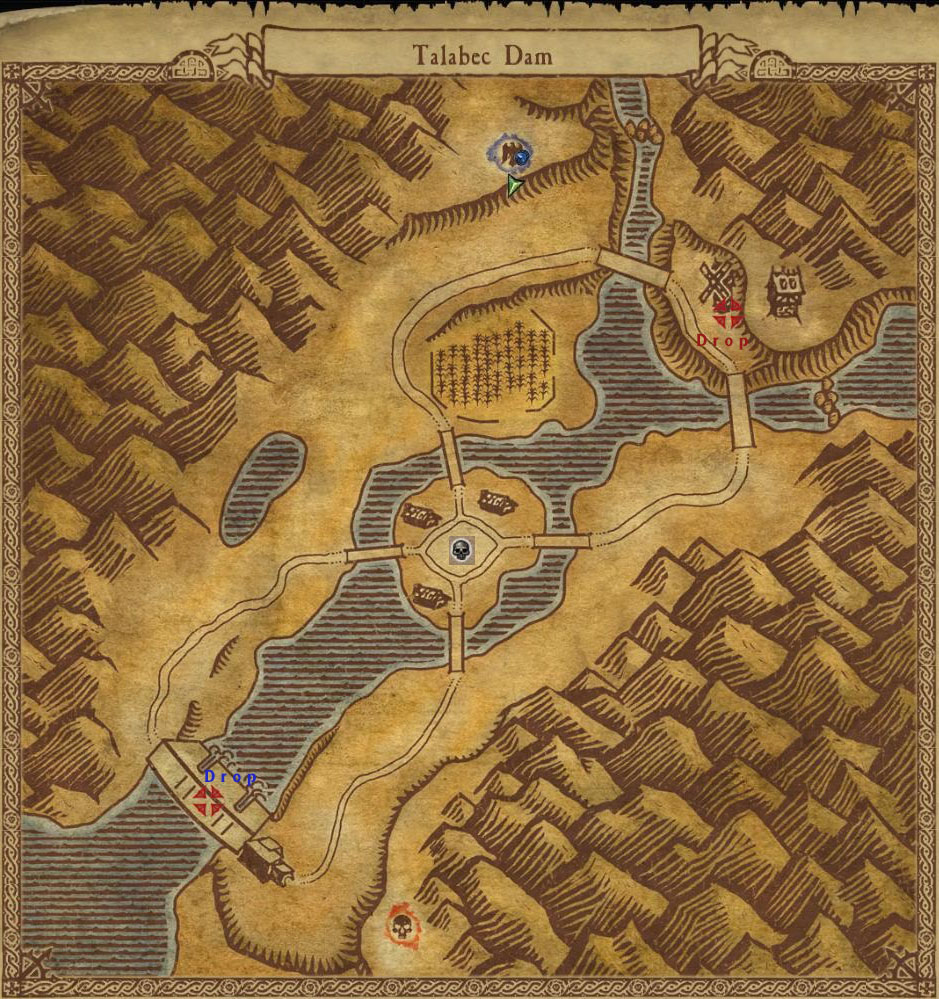 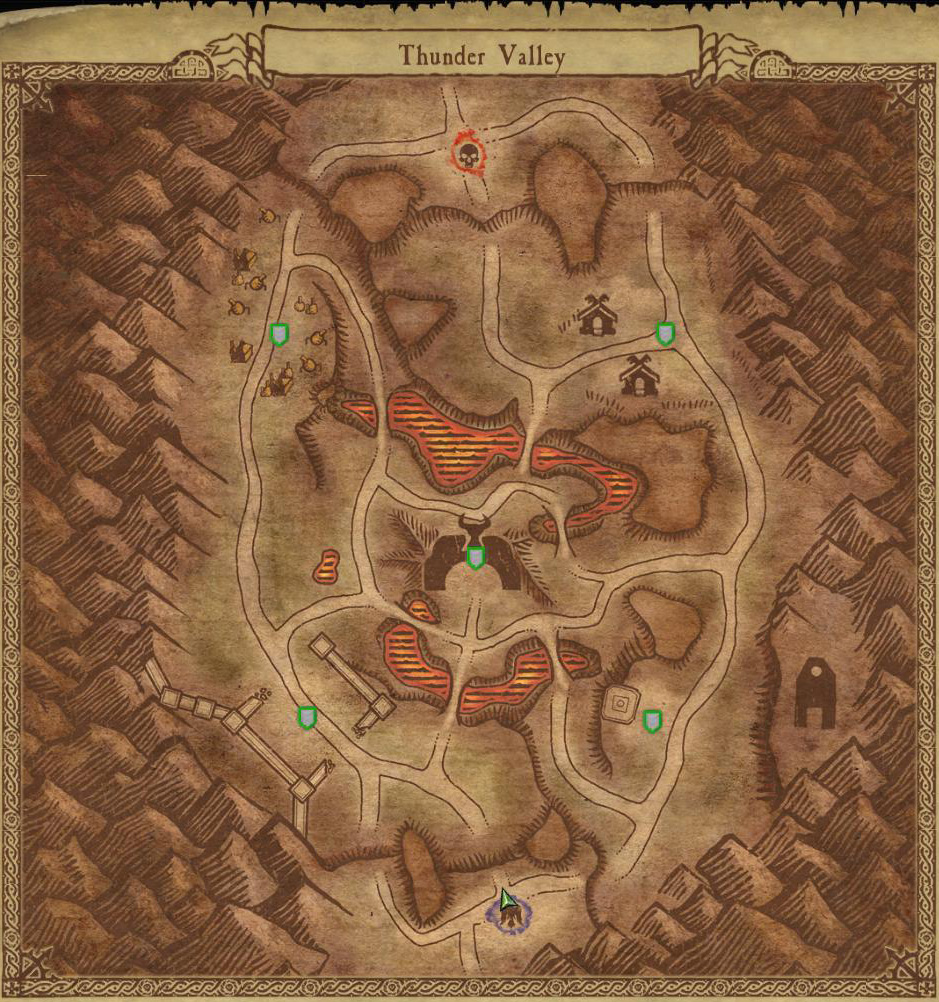 Instructions : This Scenario has several locations to capture through out the rocky terrain of Thunder Valley. Capturing these locations will grant more points towards winning the Scenario as well as grant points over time. Capturing the Gyrocopter Hangar will allow your Realm to bombard capture locations!
Kill : ?
Capture : 10
Tick : 3
All 5 tick : ?
Note : middle Gyrocopter Hangar doesn't give points but allow you to bombard one of location.
similar with fortress stage 2. 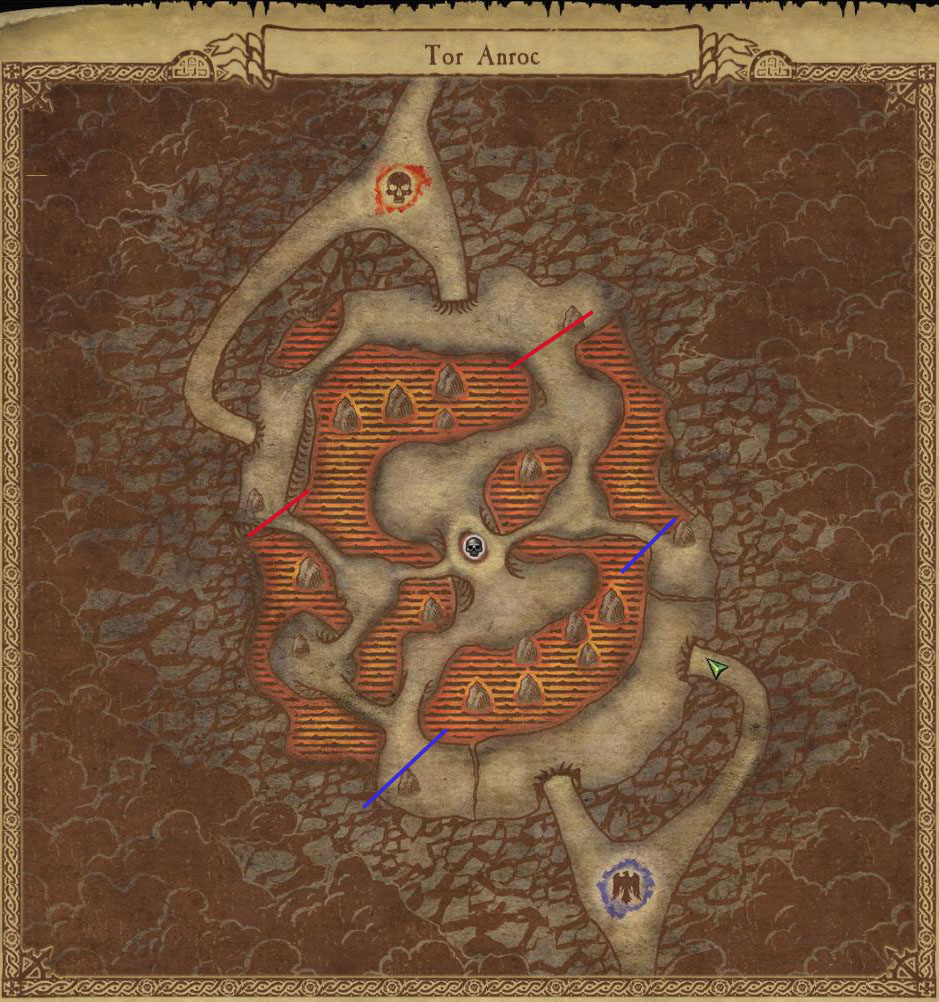 by Daknallbomb
Whoot rly cool ty for that

by Gerv
Very nice, thanks Onesword.

by Collateral
Very nice work. One question, what do you mean by "completing action bar fixes mount bug" on Talabec Dam sc? That bug really annoys me haha.

by CegeePegee
This is a great post and one that I hope the community reads. I've witnessed many many scs (both in premades and in the solo queue) where at least half of my side doesn't seem to understand the objective of the sc and instead just focuses on beating on the opposing players. The result is that they may win on kills but they lose the sc, sometimes by a lot. I think that everyone being on the same page about the objective of each sc can go a long way toward better a sc experience for everyone. Good work, anarchy.

by Martok
Good work, thanks.

when you drop the bomb at windmill/dam it pops an action bar, same as taking mid bomb, like channeling. 3 sec i think.
though points are earned instantly by right clicking, you have to stay and complete action bar to see '[player name] successfully planted bomb' message. then you can mount/stealth again without bug.
if you don't complete action bar by any means ( move away, hit by enemy ) there is no successfully drop messages( still you earn points). but you can't mount/stealth.
completing action bar fixes all previous bugged state i think. even for others ( not sure )

by Dresden
This is the Scenarios topic i always wanted to make.

by Dresden
The north-south tunnel under Reikland Factory can be accessed from the southernmost end as well.

by Dabbart
Awesome work! Even if it's not in alphabetical order... /nitpick

Thanks for all this!
All times are UTC
Page 1 of 2
Powered by phpBB® Forum Software © phpBB Limited
https://www.phpbb.com/