Break the brackets or reset everyone's MMR. Do the reset weekly, twice a month or monthly. 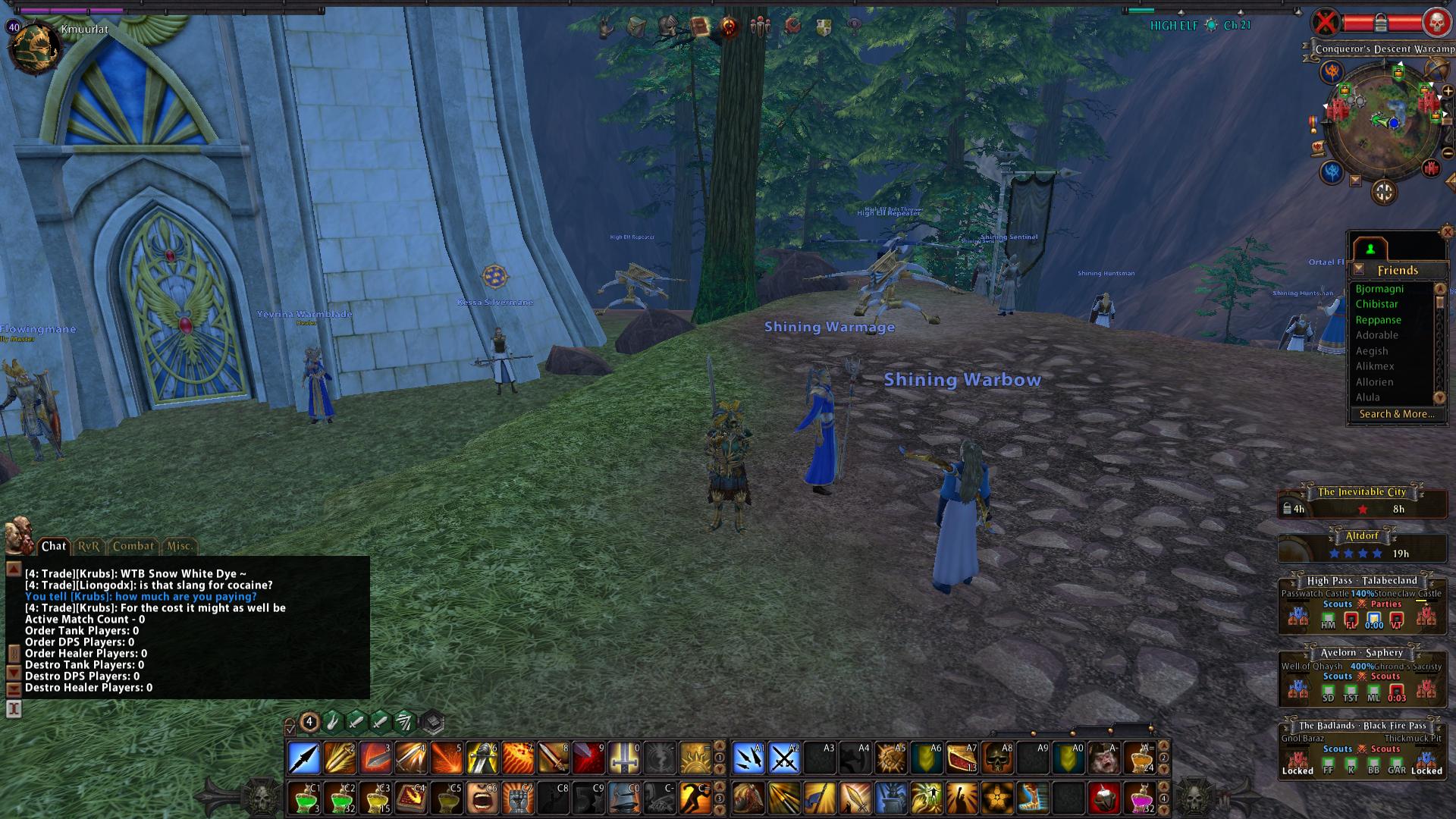 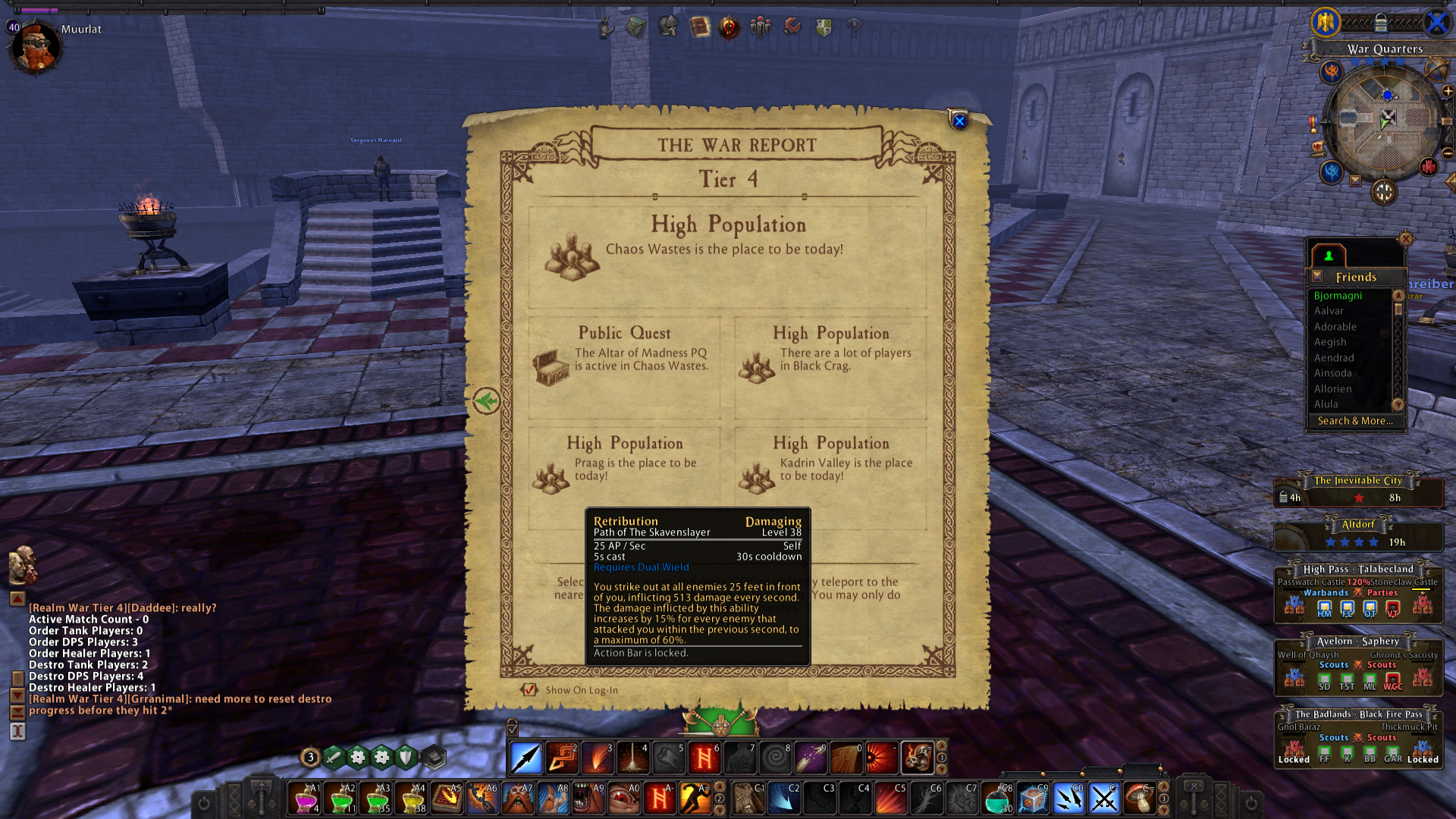 Look, I loved ranked games a lot. I really do, and sometimes I am really bad in them and I hate to lose (especially when it is my fault or mistake), and other times I feel like I am a knight or a slayer god when I play them and I want to keep playing when I can play.

Regardless, the community is really small as a whole. With having bracket due to MMR/GEAR.... the lower players are able to play a part of the game & complete weekly tasks while another set of the community is not able to participate fully of aforementioned tasks and games because there arent enough players to fill the slots.

You have weeklies, then a reasonable player should be able to commit reasonable time to achieve reasonable weekly tasks. if there are bottlenecks in completing the tasks, then the solution is to remove the bottlenecks.

If it comes at the cost at playing bad games and the dumbing down of overall mmr then so be it.

If there is a plan for tiered gear planned via MMR then you need to rethink it because the access to it will always be bottlenecked because there isnt enough players to have the cream rise up. Nothing can distill if there isnt enough mash to make it happen
Muurlat DazKrom - Slayer RR8*
Kmuurlat Von Krom - Knight RR8*
Top

Weekly tasks are the reason nobody is queueing. Once you get the event item theres no reason to queue more.
Top

No one is queueing? People are queueing but they are tied, majority speaking, to the lower tier and the higher tier is left to twiddle their thumbs because they, through skill or luck, made it to the higher tier.
Muurlat DazKrom - Slayer RR8*
Kmuurlat Von Krom - Knight RR8*
Top

Bloodmasked wrote: ↑
Thu May 20, 2021 4:17 am
Weekly tasks are the reason nobody is queueing. Once you get the event item theres no reason to queue more.

no, the waiting is the problem. can't get any task done, cause i'm not willing to spend more then 10 mins in que.
Top

The weekly tasks are great, i did 2 of them and still are queing
Top

Brackets was clearly worst idea to do with solo ranked and it was obvious that it will absolutely kill games in upper bracket (altho ppl report that quality of matches did increase) and create a elo hell for lower one, making it impossible for those who played many games to get out of there EVER. For me personally, the time im able (and comfortable! could of course ruin either work or sleep) to play i have 0 matches in upper bracket since its introduced...

I guess quality of matches for solo ranked is incredibly arrogant expectation and there should be close to none. Solo ranked should just pop, more pops the better. It doesn't mean tho that matchmaking should not exist at all (its another topic).
Formal restrictions are of course is also the other matter. I previously was absolutely sure that general skill level of average RoR players is much higher than what most of us observe in solo ranked matches. I feel that tweaks in the system of "entry ticket" should be made.
We all know who's main concern was quality of matches so i suppose system will not find balance around one person interests.
Want good teammates? Group ranked/challenge system is waiting for you!
Altho restrictions could be kinda tuned, i guess it would be better if it would be something like the following:
- vanq/opp and rr70+ requirement to play solo ranked
- no requirement for group ranked/challenge
- get rid of MMR (no point to use anykind of bayesian stuff with ~800-1000 ppl online total on eu prime and of which only 300 chars played ~50 games, so i can assume its ~100 active players in rankeds)
- further reduce gear price by half so those who want their vanq/opp 2.0 (difference in stats are close to none existent, its just cloak opens up more mix&matches opportunities, 7p bonuses are very interesting but with current gear price none would bother to test them out) will get it and stop ruin games for other (active ~100 players will stay anyways cause those are there for fighting not rewards and those who are for tali or bis event slot will still play low amount of games weekly, thus pure gear grinders/zerg surfers who are usually hugely skill lacking will go)
- as a criteria of matchmaking simple win/loss ratio could be used, but in a way like just make a set of exclusions e.g. dont match 80% winrate with 30% (thats the hard part, criterias are always incredibly difficult to make fair enough, but i do believe this would be much better than trying to fit the shoes with mmr for 100 folks), for a qualification process could count newcomers as 50% (or make it dynamic, so 50% only for first game)
Top

Community is very small and 90% of the time scenarios are broken for order.. so most people just ditch scenarios or xrealm.
Top
Ads

Users browsing this forum: No registered users and 25 guests