Sought After - more SHs to coordinate attacks with and extract revenge on those we wish to
Stinkyweed SquigHerder rr83
In Conq because I can't get enough INV to wear Warlord+...darnit!!
Top
Ads

Favorite
Order - Witch Hunter
Personally biased here due to WH being my first career. Both PVE and PVP are rough as hell early game, but it pays off when you get free solo kills whenever someone underestimates how much DPS you can put out with the right builds. Additionally, Incognito is a saving grace for navigating in PVE.
Destruction - Squig Herder
I can't tell you how many Bright Wizards and Runepriests I've pissed off as SH. Earned myself enough Teef to make me Khan of the Hobgoblins with nothing but a bow-in-hand and a quiver in my groin.

Loathed
Order - White Lion
If not for the fact that WL is a mainstay DPS, I wouldn't be writing White Lion. However, one prick with variable intelligence is already enough to deal with.
Destruction - Black Orc
Only in T1, will you ever gain the satisfaction of ending a Black Orc's life. In any other setting, you need to snare his ass and hope that your team zerg-rushes/dogpiles him before his buddies arrive. In most instances however, his buddies are already there and you're now dealing with an upgraded Swordmaster and his Legion of Hell as some crapshoot band of Mages and Engineers.

Boring
Order - Ranger
It's just a crappier Squig Hopper minus the Squig and the hopping Order needs more tanks and mDPS anyways, not another damn ranged specialist.
Destruction - Chosen
You can intoxicate yourself to your liver's bodily limits, and you'll still find victories hiding in your ass somewhere. If more Chosens would take care as to learn good positioning, I would move this to the Loathed section and group them with Black Orcs. It seems that Chosen are slightly more ignorant than their Greenskin in regards to being good tanks. 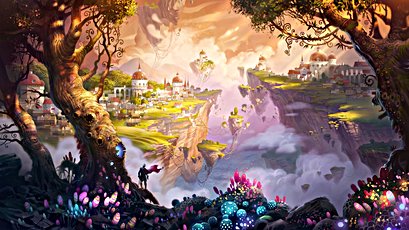 Most:
Fun- Chosen. yeah sometimes it isnt all that engaging when in full on tank mode but its always my go to and theres just something about killing people while looking that good.

Loathed - Warrior priest. I like the look of them, hell I'v started my own but god damn are they irritating to kill and face in numbers in a good wb. Seem incredibly survivable and able to put our massive group heals and i can basically forget about killing one 1v1.

Sought after - Proppa choppa. the fact i even have to mention that they must have chop fasta is sad but yeah i really need one and without it my build just kinda crumbles.

least favorite class- would never play any kind of goblin, so shamen and squig joint top. they just look insanely retarded to me and i couldnt imagine investing time into them, either thou they are both highly effective classes.
Top

Loathed - All dawii classes, i hate dwarves with a passion.

Sought after - A good blackguard.

Fun is my trouble, because it is the infinite-running shaman. I'll get up front just to trigger and run around. I'll run around instead of healing (well, not really, thanks instant hots!). If the rr ability to trigger movement speed worked, I'd run that AND Run Away. Too much damn fun.

Sought after (mark with Enemy - I use it for both sides) good tanks. Guard, challenge, punt, guard-swap, etc. Even when I'm on my heals or tanks, I notice other tanks.

Least favoured, as I play melee, any riposte builds. Also, I solo a lot so anyone that stands over your corpse and jumps up and down or laughs at you after a 1v3+ fight.
Kaputcha - Dooooooom Diiiiiiiiiva!