Order must unite, as they are strong in great numbers. Order players look no further! Guild advertisements are posted here.

Forum rules
Before posting on this forum, be sure to read the Terms of Use
Post Reply
29 posts

"We deal in gold coin, glory we leave to the others."

Who we are: We're a mercenary-themed guild focused on RvR small-scale roaming. For those who enjoy it, we offer roleplaying events, but that's a secondary and non-mandatory guild activity. Don't worry if you're a beginner or if you haven't tried PvP or RP before, we'd be happy to help you out!

Regiments of Renown: The guild is composed of three Regiments of Renown, each lead by a representative of the Empire, Dwarfs and High Elves, forming Guild's ruling body (War Council). These are not separate guilds, just internal groups.

What we do we do:

Who we're looking for: Timezone: We're primarily an EU guild, although we do have a fairly large NA roster.

Voice Communication: We have our own Discord server for both voice and text chat.
Class and level requirements: You need to be level 16+ in order to join.

Roleplaying: As a general rule, global chats such as World, Guild, Party (Warband) are out of character. Our members decide for themselves how involved (if at all) they wish to be in roleplaying; it can range from hardcore to very light (limited to a lore-friendly name). In short - it isn't in any way mandatory and should be regarded as an option for those who enjoy it or would like to try it.
Last edited by Skald on Wed Jul 01, 2020 7:58 am, edited 20 times in total.
Top
Ads

This seems like a cool guild idea. Might have to look you guys up if I roll Order.

thumbs up for role play guild.
1. i didnt get u have 3 diferent guilds in 1 alliance or u recruit all clases in 1 guild dogs of war.
also 1 advice i suggest in guild 1 main and 1 second class what u change if guild need not 6 tanks and 12 dps and 3 healz. byt some dps change to heal.
Top

also mercenaries fight who pay the most, mercenaries use same colours. landsknecht where mercenaries and they use band (german word for piece of cotton) what they tie around arms legs and some ather parts of body. byt in 1 colour . so its get called red band , yellow band and so on. and word bandit comes from those landsknecht who do maraudier job.
Top

Roleplaying guilds on this server are, for lore reasons, usually recruiting members of only one race. In order to maximize the PvP and RP potential we decided to invite all classes into one guild, but with a small twist - internally we have three co-leaders, each one leading a Regiment of Renown.

So for Imperials we have Wallenstein's Chancers and for Elves Talarasir's Ensorcelled Guard (Dwarf Regiment still needs a leader - if there's someone who would like to give it a shot, contact me!).

This is very similar how Dogs of War mercenary companies are represented in tabletop.

In case you were wondering, yes, High Elven mercenaries do exist!

As mentioned above, that will allow us to field stronger group/warband compositions for PvP - but it will also make for some interesting roleplaying opportunities. Last, but not least, uniting people under one guild should should increase our overall number and in consequence - activity level (I think it's better to have one guild with 15 active members than three guilds with 5 each). It will also make it easier to create and join Alliances.

And yes, we've been discussing the possibility of having a main guild colour, with each Regiment having their own secondary.
Top

haven't you already made other RP guilds, what happened to that KOTBS one and the dark elf one? the norsca one, and the greenskin one?

Will you leave this one behind and create another in the future too?
Top
Ads

pattonb wrote: ↑
Fri Jun 21, 2019 7:08 pm
haven't you already made other RP guilds, what happened to that KOTBS one and the dark elf one? the norsca one, and the greenskin one?

The Imperial one and Dark Elf one (still going strong by the way), yes. And they were both successful.

Will you leave this one behind and create another in the future too?


Wait, are you paying my wages or something?
Top

As the guild keeps growing, we've started running PvP groups almost every day and we're gearing up for our first RP event next week - we have some interesting things prepared, contact us if you wish to participate! 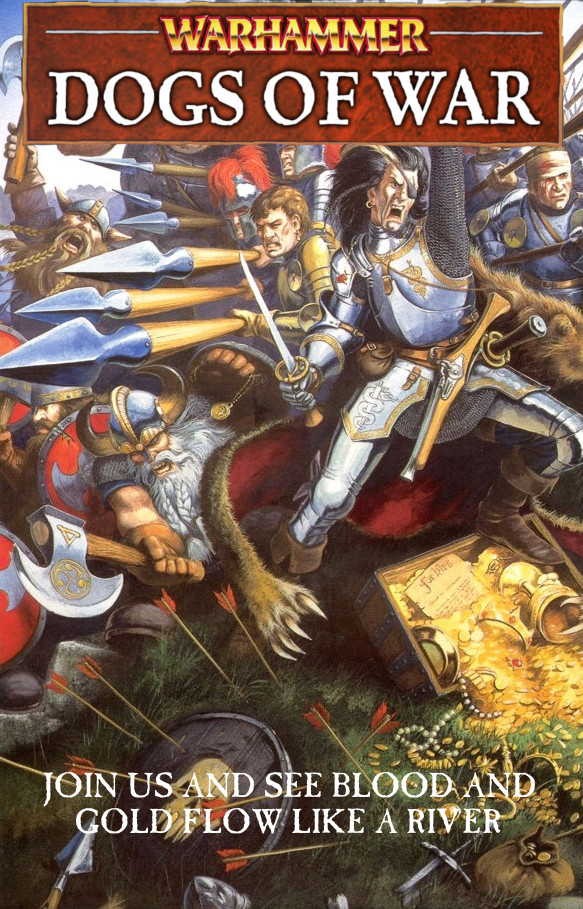