The current system in conjunction with current keep lord health promises, roughly, an 80% chance to log in and find the zone stuck in KV for 24+ hours at a time. The zone itself is a giant circle, with both keeps being so close to their factions WC that even after being fully wiped from a keep, either faction can within 30 seconds have their entire warband back in the keep, where the attacking faction has a 3+ minute run. It's discouraging to log in and fight in KV again and again with no hope of taking the keep unless you SEVERELY outnumber the enemy. I don't feel like any zone is anywhere near as bad as this, and we also play it more than anything. Seeing as there's really no incentive to taking one zone or another over any other for the time being until there are forts and cities to siege, why is this zone even playable for the time being? I don't imagine anyone, if given the choice to pick a zone in which to fight as a warband, 6man or solo player would choose KV. Could we blacklist this atrocious zone? Swap who's keep belongs to who, so it's more likely to see a flip instead of a weekend-long stalemate? Reduce the keep lords health in this zone so it's over and done with faster? I by no means want free or easier bags, I just don't want to play in this zone as much as we do.

during past week I have maybe logged a dozen times into the game, saw that KV was open zone and instantly log out.
However today I decided to try it out... log in at 6pm, notice it is KV, log off again.
Decide to give it a try at 8pm.... and now at 3am I just cannot take it any longer; it's a stalemate, people zerging in circles in closed valleys and tight tunnels.

There is a boundary between challenging endgame content and outright feeling of hopelessness and frustration when it comes to having to fight half a day if not more in those canyons of despair and tunnels of angst.

I probably need another half of week break from the game after 8 hours of KV today...
Any other zone please, I don't even care about bags, I just cannot stand the goddamn map.
Top

Well. I personally HATE Caledor. I find it to be the WORST built ORvR zone. It is literally, 1 large Funnel. BC comes to the top of my Hatred list as well. It's a freaking Sojourn just to get from 1 BO to another, and without actual coordination, you're pretty much boned. I know people that HATE CW do to the Super Zerg nature they feel the map almost enforces upon people. Some dislike Praag do to how easily you can mount ambushes/Ganks.

My point here, is that personal preference is pretty moot in this argument. I agree that KV is harsh with the WCs being so close to the Keeps, and I wonder why we couldn't at least TRY a system where Keep Ownership is flipped. If that is seen to be a true blue issue that requires Dev time to deal with it. But Reikland has the same issue with the Destro Keep. Your WC is RIGHT THERE. CW order WC is super close to keep. Caledor you can PvE and suicide jump landing ON the keep.

And honestly.. If "everyone" hates fighting there, then why do I see such ridiculously large battles every time the zone is open? If you hate fighting there so much, then stop defending and don't. I know, I know. "But but, then I'm forced to SC, play a lower rank toon, debolster, PL someone, go farm mats, play a different game, or even go outside! The Horror!"

TLDR: Blacklisting an ORvR zone is just plain silly. Maybe "fix" the issues you see. Don't just Repeal and Replace with Nothing...
Top 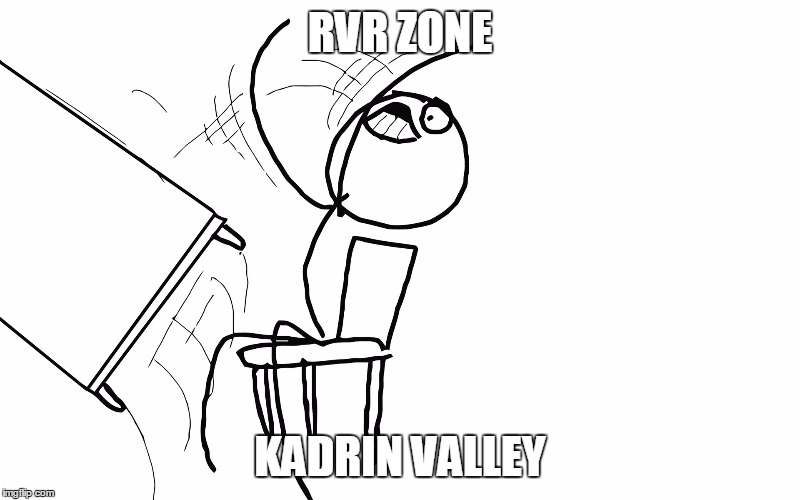 It is precisely the charm of orcs/dwarfs war zones Mr. Dabbart. A lot of meat dense in narrow corridors of the ruins of monumental dwarves buildings or in swampy orcs trenches. That's it, is not an easy area to military maneuvers for the hungry silly zerg. Only idiots wait until they start to gather in confined spaces.

+ For Norkalli to reducing the LORD healpoints in these zones.
It's not a class!
It's a Player!!

NoRKaLKiLLa wrote:Swap who's keep belongs to who, so it's more likely to see a flip instead of a weekend-long stalemate?

Apart from straight up nerfing lord hp and dmg reduction mechanic's , i feel like this suggestion has the highest chance of working. It would have a similar dynamic to what DW has which is already a very fun zone to play in.

While it does make little sense that there is a destruction keep right next beside the dwarven fortress , gameplay/enjoyment wise i think something needs to be done in regards to kv in order to avoid the endless stalemate.
<Pxl> <Luewee> <Fhc> and many many more!
[Deep and Dry] - Order
[Dark Omen] - Destruction
Top

Alto i thought i would never see the Day i agree with norkalli. But i kinda agree on the idea switch them keeps of realms might solve alot. But ill Let makers decide its their game.
Top
Ads

Spending 14 hours in KV for the server to get reset due to patch without zone ever getting locked.

As I understand the problem is that each faction can get almost instantly back into the keep defense.

Why then not block/close the nearest postern of each keep.
So when the keep is under siege defenders from wc have to come in through outer door or the postern on the far side of the keep.

Users browsing this forum: No registered users and 23 guests