Hey everyone. First off, I'd like to thank the team for the work they put in their free time, you're awesome!
I'm Halta, a healer for <Montague>, you might know me from the 6v6 tournament video I posted a week ago.
This post is aimed at providing a decent suggestion as to how the smallscale scene can flourish.

The interest is definitely there
Thanks to Markon's 6v6 tournaments, the people that tuned into Twitch to watch has been increasing with every subsequent one, peaking with the latest on 13/4 at around ~400 concurrent viewers or more! This has the potential to increase further with more tournaments.

Main Issue
What's not as great is that the playstage was vague at best, with arbitrary and constantly shifting borders; all the while spectators were running behind the teams to even be able to watch the action. Now, this is not Markon's fault at all, but there are a couple solutions.

A proposal
I've been looking around the zones to find a suitable "arena" that fits all the criteria: The best match is the Dragonwatch public quest building at the top-right of Caledor.

It should be feasible to copy/paste this building to a remote location that does not disrupt gameplay such as the unused island next to Shining Way, so tournaments and open scrims can be played on:
Spoiler: 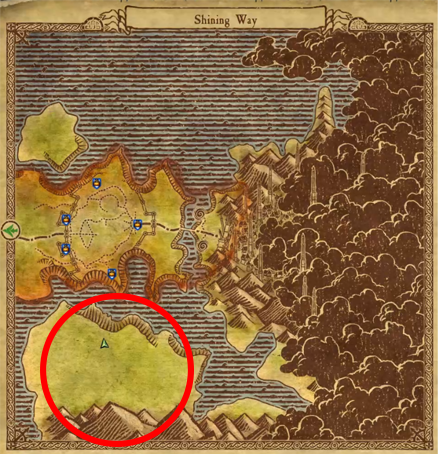 With a little bit of work, such as placing trainers, balcony portals for spectators, and invisible walls on the balconies to prevent punts and people dropping in, you have something here.

Conclusion
I don't want to make this post too long. I hope the team realises that there is potential in spending a bit of dev time for this.
If there is enough time to make a wyvern egg event, there's definitely time to help with gaining new players and sustaining current ones. Besides, something like this used to exist in the past but got scrapped for no reason.

I'm not gonna pretend I know how much work would need to go into something like that, but the idea is awesome.
Top

nice idea but no fun when only one side dominates the tournaments. We have the duels and thats a good thing right now, but i would say lets fix the classes before

oaliaen wrote: ↑
Mon Apr 22, 2019 2:34 pm
nice idea but no fun when only one side dominates the tournaments. We have the duels and thats a good thing right now, but i would say lets fix the classes before

LoB won the tournament with a DPS Shaman/Mara comp, so no one side is dominating these tournaments. Last tournament was dominated by Order, you are correct, but it's worth noting that: a) there was only one full guild 6-man on Destro (the second Destro team was a pick-up group), and b) I don't think anyone was expecting to come up against such a potent healer-killer comp as the WL/MSW, so the element of surprise played heavily if you ask me.

IC has the best arena in the game. Copy and paste that and make it a 6v6 scenario with no gimmicky flags or objectives. True deathmatch mode. First to 24 kills or whatever.

That would take hours to complete at the rate at which the kills are happening there.
Вальтер Рыжий RU => Gaziraga BW, Valefar WL, Lovejoy
rusty as shiт but feeling great!
ex-Greenfire/Invasion RvR leader
Wonderful RvR music videos

Awesome Job Halta ! I can not wait to read the answers of the dev

currently the only way to do this would be to lift the object of the buildings in the area and place them elsewhere where its not currently occupied and then make it possible to get there.

The first part of that is not a simple task. Simply put its not that we are against the idea permanently but we have bigger issues to tackle right now.
Lead dev does not mean I´m the best coder around, it just means I have taken on a management role for the devs.
Join the Unofficial IRC
Or the Official Discord
Idrinth´s addon database and client
Top