Warhammer Online: Age of Reckoning (officially abbreviated as WAR) was a massively multiplayer online role-playing game based on Games Workshop's Warhammer Fantasy setting. It was developed by Mythic Entertainment and was simultaneously released in North and South America, Europe, Asia, Australia and New Zealand on September 18, 2008. 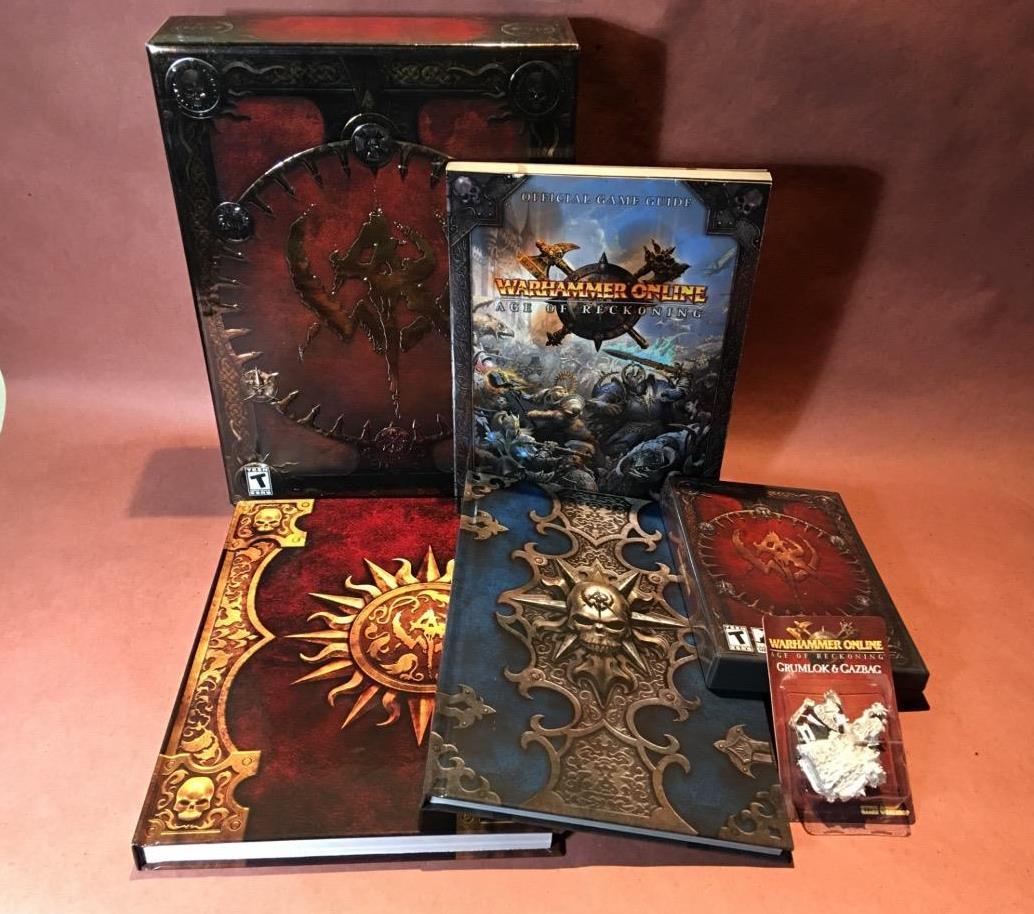 The second online game development began under the company Climax Online. The project was officially canceled in June 2004 when Games Workshop determined that the roll-out costs would be too high. However, work on the game never actually stopped as Climax Online continued the project using their own funds until the company reported in late 2004 that the Warhammer Online project was shut down due to difficulty in securing a publishing agreement. With the license available again, Games Workshop was approached by Mythic Entertainment, who were interested in acquiring the license and starting a new project from scratch. A long-standing relationship between several Games Workshop managers and the CEO of Mythic Mark Jacobs ensured that a deal was quickly reached. The Warhammer Online license was acquired by Mythic on May 18, 2005. Mythic would soon cancel its original follow-up project Imperator Online after gaining the Warhammer license.

During the development of Warhammer Online, Mythic featured a video blog of Creative Director Paul Barnett. These videos gave the viewer an insight into the work that went on behind the scenes of WAR, often showcasing development screens and concept art for the game. Mythic also released "Development Diaries" from time to time, meant to give readers a deeper look into the ongoing development of WAR. 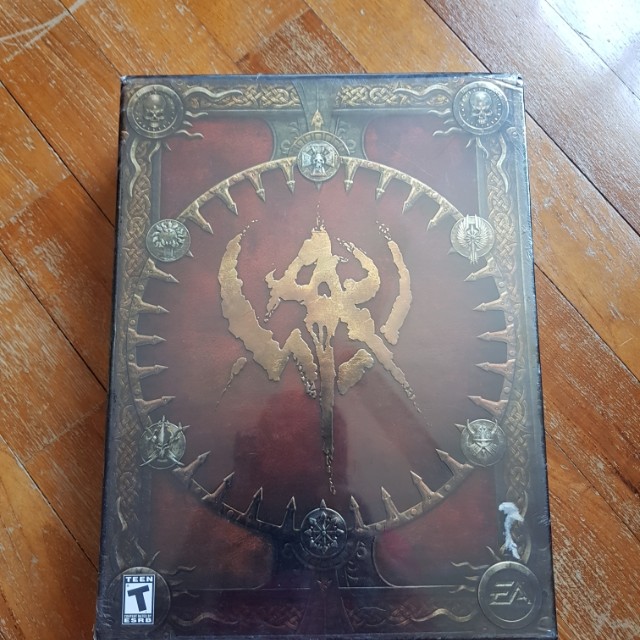 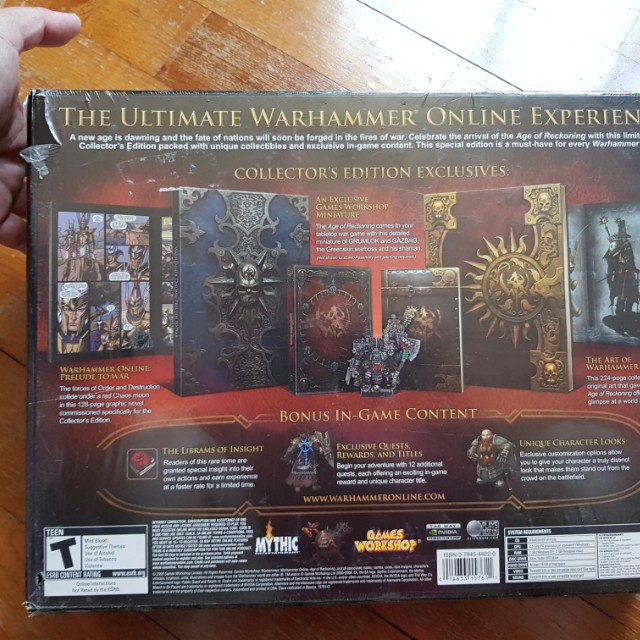 I still have the official game guide

Have one too, still wanting to get my CE items on ROR

Same since I used mine as bathroom reading material

Damn. I still remember when I saw the game in a magazine. A couple years earlier, my dad brought Archaon and Valten minifigs to me and my brother from US. We got hooked instantly. I will never forget when I bought the game from a store, I still have the pretty white box. Hard to comprehend that it's been 10 years.

But here's to 10 more, whatever the future holds!