Forum rules
Before posting on this forum, be sure to read the Terms of Use
Your topic MUST start with your class name between hooks (IE : [Shaman] blablabla)
Post Reply
14 posts

So after getting my Bloodlord 2h I've been trying this spec RoR.builders - Slayer and, I have to say, I'm loving the change of scenery so far - the few >2k Deathblow crits I've had so far have been a joy to behold

I've been using Power Through due to the synergy with full invader and PFM, but I am missing being able to dump rage when focused. I had a play with Holding Grudges on a target dummy earlier but found I ended up staying almost constantly on the border of green/yellow rather than yellow/red as I'd like. If you've used it, how have your experiences been and how would you set up a build? I'd probably look to use this spec were I to find a way to run it RoR.builders - Slayer

If anyone has any other tips on 2h builds (either of the above or something different) I'd love to hear them !

edit - Also....does anyone know exactly how Spellbreaker works?
For example, if a target had both Soul Shielding (enchantment, absorb) and Khaine's Vigor (enchantment, HoT) active on them when you used it, would Spellbreaker remove both (classing SS as an absorb and KV as an enchantment) or would it consider them both enchantments and only remove one?
RoR
Moz - Slayer - 40/7X
Mozlia - BW - 3X/4X
<The Pinata Pact> (a.k.a KILL FRENZY)

Those are both viable builds that I also run on occassion.

I do find that the power through build a bit more satisfying as I cycle through my exhaustive blows. It does come with great risk with being in the red at all times. If you have a strong pre-made group you should be fine, but pug healers and tanks will hate you for being so squishy. The AOE detaunt works well since you are single targeting, and not having ID ticks knock it off as soon as you use the detaunt.
Muurlat DazKrom - Slayer RR8*
Kmuurlat Von Krom - Knight RR8*
Top

Those are the builds I dream of having as a 2h choppa; the AA + staying in red, /envy! So, for Power Through (Wot Rules for choppa), just make sure you are FS III (or IV!). I also found that I had to leave Invader gear and mix Inv 3pc+Sent 3pc+Bloodlord 2pc for extra wounds, or drop one of those to keep your crit high. Its a tough balance. And of course know your local tank populace and which guard. I friend or mark with Enemy the ones that not only guard but will follow my green-raging tukkus around. Those are gold.
Chasing the golden carrot that is my alts.

Spellbreaker removes one Blessing and one Enchanment - this is what description says. One and one. If target has two blessings I wager first goes the one that was applied first.

I love this build too. In fact I leveled my SL in GS and started using dual wield only once I hit 40. I really like 2H for its concentrated damage and defence piercing capabalities. This is an excellent build for scenarios.

Speaking of Power Through I personally think it is a must have for ANY build. Even if you are running SK build where we do not have too many finishers we still need to have +50% damage regardless of that.
JohanRuth WH, Valknutt WP, Glendhu ENG, Lochdhu IB, Tamdhu SL
Rescue Team Guild
Top

I prefer Holding Grudges due to being able to dump rage with detaunt. Not sure detaunt will do much for you in red.

All in all both builds are good. In scenarios Giant Slayer gets a lot of unnecessary hate, mostly because ppl only care about big AoE fluff damage on the screen at the end of a 0-500 scen, those big numbers that do no pressure.

If ppl can actually use their brains and assist you then WL/Giant Slayer burst is pretty strong. IMO Holding Grudges and Breaking Point are the two best things to get out of mid tree. Whether you skip channel heal to get more is up to you.
Brynnoth Goldenbeard (40/75) (IB) -- Rundin Fireheart (40/50) (RP) -- Ungrinn (40/40) (Engi)-- Bramm Bloodaxe (40/83) (Slayer) and a few Empire characters here or there, maybe even an elf.
Top

The 2 Hand slayer is such a iconic figure in warhammer fantasy but in this game the specc kinda falls of and is barely as near as good as the dual aoe slayer.

Maybe there should be one abillity that exhauhst your rage when you chose power through. That would change the whole class and make it playable.

Otherwise i think the Build for 2Hand slayer should be Power Through/!20strg and Weaponskill /Fierce Might and Breakingpoint
Top

Whyumadbro wrote: ↑
Sun Dec 20, 2020 4:11 pm
The 2 Hand slayer is such a iconic figure in warhammer fantasy but in this game the specc kinda falls of and is barely as near as good as the dual aoe slayer.

Maybe there should be one abillity that exhauhst your rage when you chose power through. That would change the whole class and make it playable.

Otherwise i think the Build for 2Hand slayer should be Power Through/!20strg and Weaponskill /Fierce Might and Breakingpoint

Trade Fierce Might for 50% AA haste when your gear is good enough.

im almost full (5/8 with 78 crest waiting to be spend) sov but fierce might feels way to strong tbh to not slot it. The Rage dump with flee is still not a good way for dumping rage - i mean if for example deathblow would exhaust your rage (even when power through sloted) then the class can be of actuall use because you are not required to flee and be of even less use for the duration and it would be way more fun.

I just think that the 2h slayer is very iconic for the warhammer universe and even age of sigmar and that a small adjustment could fix the class and give it more use outside of pve that the spec deserves. It makes very much fun to play but to be forced to stay in 50% more dmg all the time without playing the class mechanic creates 2 Problems:

power throug needs to be slotted to play the 2h class in my opinion because holding grudges does simply not work in a efficent way ( when slotted i am mostly on the brink of green/yellow instead of yellow/red and the tactic feels very weak.

Power throug or holding grudges needs a little love from the devs . Class diversity is important for the game.

Give the 2h slayer / Choppa some love
Top
Ads 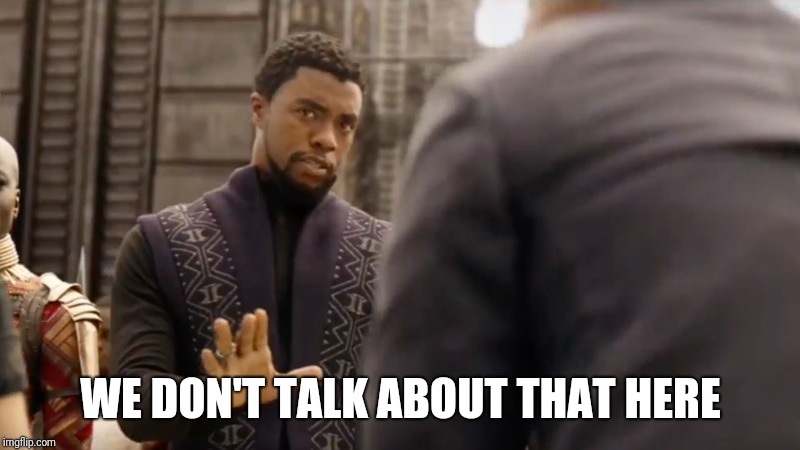