Forum rules
Before posting on this forum, be sure to read the Terms of Use
Your topic MUST start with your class name between hooks (IE : [Shaman] blablabla)
Post Reply
8 posts • Page 1 of 1

I was wondering if anyone can give me any clues on how to progressively gear the mara. I am almost rr70 now and I have full vanq and a 4 invader pieces.
Somebody was recommending me to go sentinel/vanq as endgear? Should I go full inv or stay with inv/vanq until I can get inv/sov and then full sov? Or maybe even go pve set?

75% of the time I am monstro specced because I am mostly in rvr in wb's but I like to enjoy the occasional roaming/scenario sav/brut specc. So I thought if I go sov, I take the brut sov set because that is the common nominator between the two speccs?

I also have two rr45 scenario weapons, but didnt get to grind the oppressor yet for the rr61 ones yet...I was recommended to go Bloodlord and rr61 wep as BiS.

One more thing which is actually bothering me: Did anyone else notice that for some sov sets some piece of armor gives the mara a blonde beard? I dont know which piece is causing that but I am almost certain because the accessiors on the beard are dyed as well....and idk tbh I think that looks silly and I rather dont want that beard on my mara? But I also saw maras in sov without the beard... Maybe I can take a screenshot sometime

the beard is the Mara sov chest I think. So you can combine it with every helmet. 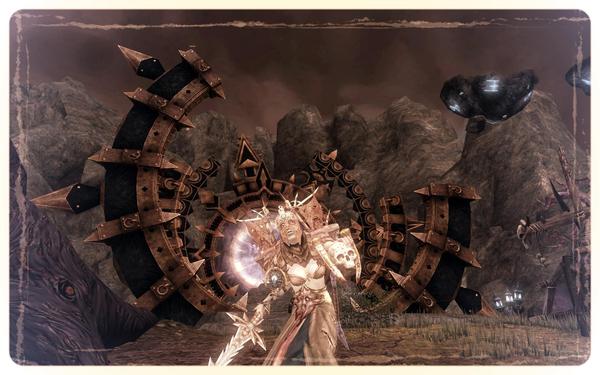 Yes, it is indeed the chest piece...got that confirmed by a sov marauder recently

BIS gear on Mara depends on what you are doing and what spec you are. That being said, there is no BIS set up that has sentinel or vanq AFAIK so whoever told you that is mistaken. Sentinel, Vanq, and Invader are all both "pre-royal" BIS gear generally, so you see a lot of people running them before they have the ability to mix up Warlord/Sov for instance.

Generally speaking, BIS gear on the Mara is some combination of Warlord, Sov, Alt-Sov, and *maybe" Invader for armor. For the most "raw stats", generally a 5/3 combination is what you are looking for, however, it may make sense run 6+ pieces if you need the +2 and/or you want the proc and ability for specific builds. I don't have the gear to test, but if I had to bet I think 5 warlord 3 offensive sov is probably the most raw dps you can get without worrying about procs/sov abilities (if that's wrong, then its the opposite, 5 offensive sov and 3 warlord, but I don't think the additional crit is gonna make up for the aa haste, melee power, and weaponskill).

PvE sets tend to be defensive for Mara so generally not BIS, they are all worse then alt-sov anyway.

For weapons, well the weapon system is pending changes, but for right now it's a debate between Bloodlord (most dps) and Anathema (best ap efficiency) more or less. Subjugator is actually quite good for AoE Mara, due to the procs, but yea it's probably not BIS due to the dps loss.

Jewelry is again, flex but its basically sov ring, then some mix of genesis/dungeon drops as you desire.
Top

Thank you, that was very helpful

I believe the beard youre seeing is actually a dwarven beard (presumably taken from a slayer since its orange) taken as a trophy and wrapped around the mara's neck. If you look closer at a mara with Sov chest, look underneath the helm and youll see the beard is actually wrapped around his neck. And to me thats the most brutal and metal thing ever lol.
Top

That is indeed very metal...but I just dont like the way it looks tbh...and if you don't know the lore or the history behind it just looks like....a beard...
They could have designed dangling at the hip or something

I rather stay with Karls Limp wrist

The limp wrist is a good one and yeah i agree. Or even the whole head like Gazbag has would look cooler.
Top
Ads